What’s the weirdest thing you’ve found in your washing machine, apart from Great Aunt Bonnie’s bloomers …? A couple years ago I discovered the remnants of a used diaper (that's a nappy for us locals, Ngaire - Ed) and just a few weeks ago I found half of my precious wind chime in the machine.

In the name of Don Quixote, what the heck was it doing there! I blamed the kids, and the kids blamed the dog … you work it out!

Anyway, what does this have to do with today’s guest, Keith Nichols? Absolutely nothing. I was going to tell you about the dead cat I picked up by the tail (its tail came off), but I‘ll save that tale for another day.

Hi Ngaire. It's great to be on the show!

Lovely to see you here. Keith, tell the Wizardwatchers a bit about yourself?

A bit about myself. I was born a poor Irish lad, on the lost island of Scotlandia. At the age of 15 I migrated to the US and taught myself how to read and speak English. No, not really. I was born in Tacoma Washington. I grew up on a wheat farm in Colorado. My father was a scientist and artist. My mother is an artist as well. I am the youngest son of 16 children.

When did you first realise you wanted to be a writer and what inspired you to write your first book?

My first book was written as an English class project, my teacher at the time Mr Wiley told me all I had to do to pass his class was write a novel. (hahahaha…Ed)  So I did, and I did. I never really wanted to be a writer, I just figured if I was going to write, I might as well try to make some money from it.

What are you working on now?

My current projects are numerous. I am working on a book co-authored by my cat. I am working on a parody of everything that has been popular for the past ten years called 'Best selling Book'. I am also plodding away at a space opera parody thingy.

Keith  you write both fiction and non-fiction, which do you prefer?

I prefer to write non-fiction, mostly because it’s so much easier for me then all that tedious making stuff up. Although, making things up is actually a lot of what I call non-fiction. 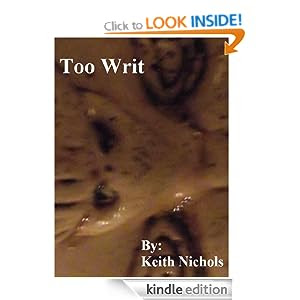 (Ed says: I read this book a few weeks back. Non fiction. All about writing, writers, publishers and editors. For 77p and/or $1 its an informative read. Had an author I know read this before he mithered me unmercifully about the publication date of his short story, he might still be part of an anthology I'm compliling. Definitely worth a gander. Okay, back to the show.)

Did certain parts of any of your books make you uncomfortable? If so, why did you feel that way? Did this lead to a new understanding or awareness of some aspect of your life you might not have thought about before?

I once wrote a sex scene for my book Nuramans Endgame, (before it was ever published in any form) and I based the scene on an actual event from real life. Pretty uncomfortable bit. I deleted it from the final version of the book, it was just too weird for me. I learned that I can't write sex stuff at all.

I read Virginia X, Keith. I really enjoyed it.

I enjoyed that one, Ngaire. I'm partial to tug boats.

If you had to go back and do it all over, is there any aspect of your novel(s) or getting it/them published that you would change?

I suppose I would change the part where I don't get a huge advance.

How would you react to a bad review of your book?

Often I manage to completely ignore a bad review for days before I am forced to comment on it. And usually this comment is something along the lines of 'You are a big doodie head'.

What type of writer are you, Keith, a 2000 word a day scribbler or a ‘whenever, wherever’ writer?

I am a whenever whatever writer. Sometimes I will go months with barely writing anything. Then I will write a book in a weekend.

My little zombie short story has been reviewed as 'rubbish'. That was pretty hard to take. I like my little zombie. Best compliment is when I was compared to Clive Cussler. I beamed over that for a month.

Your hobbies include astronomy and ‘rat rod’ fabrication, of which you published books about (How to Build a Rat Rod Roadster Body and How to find chose and buy your own telescope: A guide for students and parents). Tell us more...

Well, I think that pretty much covers it. I build cars from scrap, and then I drive the cars to car shows and make lots of people either very happy or very angry. Both of these books, the rat rod book and the astronomy book were written in a weekend. I wrote the astronomy book mostly because I feel people don't understand how to get a telescope. I felt it was up to me to spread the word to the masses.

Who is/are your favourite author(s) and why?

My favorite author of all time was Tolkien. Because he was Tolkien. I love Douglas Adams. Alastair Reynolds is writing the best sci-fi in 20 years. Terry Pratchett makes me giggle in public.

Describe a typical day in the life of Keith Nichols.

Well my day starts around 10 in the morning, when my wife decides I should get out of bed. I have some coffee, sit in front of the computer for an hour or two and get ready for my day at the regular job. I then spend ten hours a night watching a large CNC machine drill holes, and often I will work on books while it’s running. I usually get home from work around 2 in the morning, I have a small bite to eat, sit in front of the computer and Facebook for way too long. Then I get dragged off to bed by my wife. Repeat.

If you could invite 2 famous people to dinner who would they be and what would you discuss?

I would invite David Morell and Tom Cruise over to dinner and we would talk about espionage thrillers and their impact on monastary recruitment.

Do you get road rage? What pisses you off the most about other drivers?

I get awful road rage, but oddly it’s often directed at me. I drive lots of strange cars, from the Frankentruck to the MG Midget. I get flipped off a lot. The thing that other drivers do that really gets to me is driving on the road.

You and a couple of friends have resurrected the Virginia X from her watery-grave and overhauled her. Armed with your food and drink supplies you set sail. Unfortunately you didn’t brush up on your navigational skills and hit a rocky seabed, tearing a small hole in her hull. What 3 books, 2 dvds and 1 cd did you pack to ease your boredom whilst your shipmates pumped out the bilge.

I would take all 3 of the Revelation Space Series, by Reynolds.

Clutch Elephant Riders is the cd...

...and both Expendables movies.

And finally, where can fans of Keith Nichols find out more?

I have a good authors page on Amazon, and of course my Facebook page is a very good place.

Keith, it's been a pleasure having you on the show and we look forward to you coming back. Thank you. 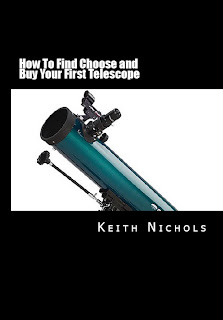 NB: The editor of the Wizard's Cauldron would like to point out that the road rage attack picture above is entirely fictional and nothing whatsoever to do with Keith wearing an outlaw mask during this interview. Honest, guv.