Ngaire Elder, Nicola Palmer and a bendy wand!!: Around the Cauldron

Ngaire Elder: Working by candlelit may conjure up quaint images from the Dickens era, but it isn’t much fun. Especially, when you have deadlines to meet and The Ed is breathing down your neck and waggling his bent wand at you!!!

Anyhow, by the grace of someone-who-cares-about-me, Senor ‘Leckie’ reappeared and brought a delightful glow to my lamps, and planted a huge, contented grin on my face.

Living the dream has its downsides, of which there are many. But on a plus, where I live the sun fills the Spanish skies normally 300+ days of the year.

Enough of my ramblings, today’s guest at the Wizard’s Cauldron is author, Nicola Palmer.

Nicola, is a marvellous writer. Her articulate and fresh writing style mixed with snippets of humour has created a popular series amongst the young and old alike (I’m a fan).

Settle down Wizardwatchers and read what Nicola has to say about rotten reviews and hedgetrimming!

Hiya Ngaire, how are you.

Not so bad. So, tell us a bit about yourself, Nicola?

Which bit hahahaha?  I studied Modern Languages at Exeter College, Oxford, with the intention of becoming a teacher.  I changed my mind!  I tried law and found it mind-numbingly boring.  I took another degree in Garden & Landscape Design and did a brickwork course.  We built gardens, we won awards, but after a few years my back and hips decided they’d had enough.  So here I am writing fantasy stories instead of building fantasy gardens!  (Of course, if anyone has questions about plants, or aspects of Medieval German, feel free to ask ...)

What genre do you write in? And what work are you doing at the minute?

I’m pretty sure I can only write for children - my brain doesn’t appreciate functioning in an adult manner.  The Alice Parker series is for ages 9-13, while my Christmas book was aimed at 7+.  I’m currently working on a book written from a boy’s perspective, which should be a refreshing change from Alice.  Assuming I can wriggle out of her head, and into his. (Book 4 in the Alice Parker Series – Alice Parker and the Sound of the Silent)

What is your writing process? Do you follow a regular routine?

I’m afraid I don’t have a routine, and the story for any particular book does not appear in a logical fashion in a notebook.  Over a period of time, I accumulate ideas and attempt to make sense of them.  Sometimes what I think will be one book becomes two – in unrelated series, thankfully!  I also seem to work better late at night and into the early hours.

You have a number of titles published, did you suffer writers block with any on them?  If so, what did you do about it?

Book 2 in the Alice Parker series was difficult.  It’s a good idea to get away from your desk and see something different when the ideas just aren’t flowing.  Usually the inspiration comes when I least expect it – and if I don’t write it down there and then, it’s gone! 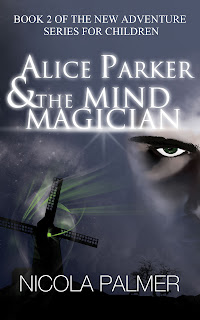 (Some beautiful covers here, Nicola. My compliments to the designer - ED)

What keeps you motivated to write?

The thought of going back to my previous career!  Who wants to work outside during the winter?

What do you do to relax, to get away from work and writing?

Go for a walk with the dog, do some gardening and eat chocolate.  I’d like to say that my cake-making hobby helps me relax, but it doesn’t really.  I usually lose my temper with the complicated ones!

Any advice for new writers starting out?

Broaden your shoulders.  Obtain the most brutal criticism possible and act on it!  Don’t be offended when you can’t please everyone.  Luckily, having worked as a designer, I know that anything creative is subjective, so you need to be prepared for the odd bit of negativity.  It’s the opinion of the majority that matters.  Just read a few slating reviews of famous authors to reassure yourself!

Has your self-publishing experience been what you expected it to be? Would you change anything?

It has been pretty much as I imagined.  I didn’t expect instant wealth, and that certainly hasn’t been the case!  The feedback has been a surprise, though.  I’m amazed (and delighted) that so many readers have enjoyed something that began as a bit of fun in my spare time. 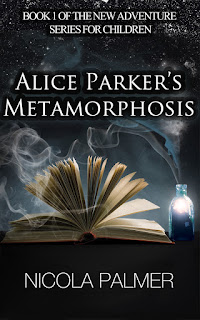 Who is the first person you would allow to read one of your completed novels?

My editor.  No one else can read it before it has had a thorough overhaul.

How would you react to a bad review of your book?

Or how do I?!  I make a mental note of the criticism and try to avoid it in the next book.  More often than not, the reviewer has only read the first book in the series and their queries would be resolved if they continued.  Occasionally people don’t notice the recommended age in the blurb, or even ‘for children’ in the title – there’s not a lot I can do about that!

How do you market your work? What routes have you found to work best for your genre?

As the months have passed, I'm afraid I do less and less to market my books.  I've come to the conclusion that my time is better spent writing than marketing.  If readers enjoy Book 1, they move on to the others.  I'm also conscious that too much advertising can irritate followers and potential readers. I think as writers of children's books we have a difficult job to reach our readership.

Forums and Facebook don't reach young children, so I just do the occasional free day and a daily tweet if I remember!

Is anything in your book based on real life experiences or purely all imagination?

A little of it is based on real experiences, but I'm not going to tell you which bits!  Obviously, I don't have magical abilities and I've never met a unicorn.  Yet ...

Is there any particular author or book that influenced you in anyway either growing up or as an adult?

As a child my favourite author was Enid Blyton - I still have shelves full of her books!  As an adult, I still enjoy children's books, but I also love the work of Sartre, Camus and Hugo.  I have to blame that on studying French.  I suspect those authors influence my writing in my slightly cynical view of the world and an obsession with anything grotesque or extraordinary!

Okay, Nicola, you were imprisoned in the Windmill Restaurant by the Mind Magician, and to ease your boredom and distract you from munching your way through the cake counter, Hugh the Mind Magician allows you to choose 3 books, 2 dvds and 1 cd from his collection …. What would you select?


The Graveyard Book by Neil Gaiman. 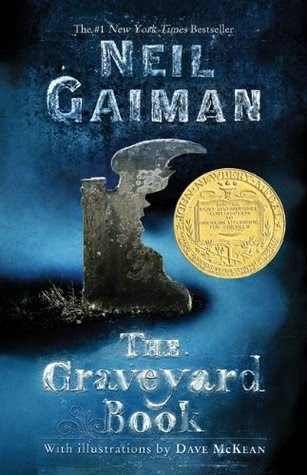 Dvds would have to be:

If Hugh had all these in his collection, I’d be very impressed.  And a little disturbed – if we shared the same interests, would that make me a weirdo too?

Hahahahahahahah...it probably would, Nicola! And finally, where can fans of Nicola Palmer find out more.

Fans new and old can find out about me and my work here! I'll be happy to see them....

Nicola, thank you for that. It has been an absolute pleasure to talk to you and I wish you every success with your new books. 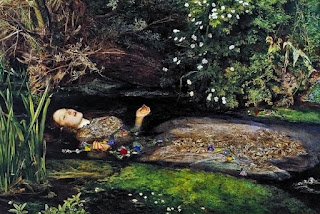