Picking up the Wizphone, I caught up with her in her smallholding as she struggled to catch and restrain her flying chickens. Yes, chickens DO fly, Lelani assures me. I'll believe it when I see it ha ha.

Here's what Lelani had to day. 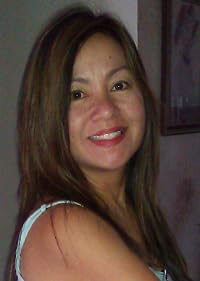 It has been a while since you have been around the Cauldron. Tell new readers about yourself, Lelani

Aloha, Wiz! I am Lelani Black, a happily married author who is contracted with a small New York publisher—The Wild Rose Press. I am also Indie published with my own collection of steamy Hawaiian island reads called the Island Moonlight Collection.

Whereabouts in the US are you from? And is it snowing yet?

I live in Colorado, but we have family in Hawaii. I was freezing my bum-bum off last week, and yesterday was baking hot—not in Hawaii, but in the Colorado Rockies.

The greatest quote ever about the Rocky Mountains

A few snowflakes have made an appearance, but we do have some warm days on the horizon left.

I don't believe you, L. It always snows in Colorado! So tell us about your latest work.

This month I launched Book 3 of my Island Moonlight Collection (grins and pats self on back considering it was six months behind schedule).

Mistress at Midnight is a secret baby, marriage-of-convenience love story with a mild paranormal twist. The heroine, Viviana, has just lost her sister who left behind an infant son. When Viviana’s attempt to adopt her sister’s baby brings her up against a brick wall, she is forced to look for, and confront, the baby’s father.   He startles her by taking full and complete responsibility for the infant.
There’s just one tiny detail he leaves out…he’s not the baby’s father.


Can we have an extract?

Funny you ask…I have one right here! The hero, Michaelis, shows up unannounced at Viviana’s workplace to ask her to marry him, purely for convenience as he is being sneaky and wants to take the baby overseas to meet his real father. (Edited for length)

Here’s what she thinks of his outrageous proposal:


"Viviana stared at him, not sure she heard him right.
“What did you just say?”
“I asked you to marry me.” His eyes blazed out a challenge.
“I think that marriage to me will resolve some of your concerns about bringing Charlie to Greece. Of course there will be no sex, or any other lovey-dovey stuff—”
She practically leaped over the counter, her eyes threatening to kill him if dared yap out another word.
“Outside. Now!”
She shoved Michaelis away from the bar, thrust him out the patio door and choked off the urge to kick him in the okole and down the flight of stairs leading to the employee break area. He might have a splendid ass and big shoulders but with her luck, she would aim her foot, miss, and he’d drag her down the steps with him.
“What are you doing?” she screeched when she got him alone.
Surrounded by palms and hibiscus shrubs, the break area gave them shade and privacy from the nosy eyes peering down at them from the patio.
“I came here to ask you to marry me.”
“The answer is no.”
“Why not?”
“Other than I hate your guts? I don’t want to marry you,” she sassed back at him, enraged he would think she would go along with whatever nonsensical thing he planned. "

Which is your favourite Lelani Black book?

Wiz, I love them all. Now I do owe an extra pat of affection to Boss with Benefits, the first book I sold to a publisher. And which would you recommend new readers take next after Moonlight?

How would you class your work? I hear it is a tad more on the romance side than erotica? Would you agree?

The Indie books in the Moonlight Collection were written as sensual contemporary romances, still steamy but with heaping doses of story and, of course, love.

All of my books have the elements of love and romance in them. It’s just up to the reader to decide the level of heat they want to read.

I also hear that the bottom has fallen out of the erotica market just lately, since Kobo/Nook took their decision to ban self-published novels. Is this this the case?

I can say that being an author with an Indie published novel, regardless of genre, can get you dirty looks from booksellers, readers and family members who haven’t been paying attention to what has been happening in the publishing industry.

You are a professional writer. Is the environment easier or harder than when you started?


It’s like the Whack-a-Mole game at the arcade, Wiz.

You nail one thing, and something else pops up to challenge you. For me, it’s easier—only a little, and only because I’ve had years of conditioning.

I’d been with Romance Writers of America for a decade before I even published. I was with author groups and loops, some met at libraries every month, others were online.


Years of exposure to the industry, to authors, established and up and coming, reading (and enjoying) all genres of books helped me so much. There will always be challenges, but I know which ones to embrace and which ones not to worry about.

Are you a Goodreads fan?

I hope to be more active on Goodreads, but in my humble opinion, it’s not an easy site to navigate for me, personally.

You have had many battles with trolls and flamers over the years and Goodreads is a notorious bullying site that ought to come with a health warning. Can an author survive without it?

I don’t see why not. I think most author/reader resources can be effective when used the way they’re supposed to be used. That said, like most author/reader sites, there are always a few bad apples that spoil the experience for others. Not every site is going to work for every author, either. Just putting yourself and your art out there exposes you to all manner of people, kind strangers and some not so kind. Some authors give glowing reports about Goodreads, others not so much.

It's not for me, Lelani. So, what are you watching, reading and listening to lately? Anything good?


Legendary American officecom which
never made the UK

How are those chickens in your back garden?

It’s chicken anarchy! Whoever told the world that chickens don’t fly never had chickens. Ours fly up onto a five-foot fence, perch in the apple tree branches, and all this with their wings clipped. They are really cute, though.

You are a terrific cook, I hear. What was the last great meal you cooked?

The last great meal I cooked was beer batter fried fish with boneless strips of walleye, a meaty type of white fish caught from the depths of a cold, Colorado lake.


We drizzled the lot with lemon and sprinkled with malt vinegar, it was beyond scrumptious. Only thing missing was mushy peas.

And finally, what next for the lovely Lelani Black?

Oodles of fun things in store, Wiz.  I’m finishing up a romantic suspense novella this fall.

Allow me - and all the Wizardwatchers - to wish you the best of luck with this, Lelani and I hope to see you again next time.

Thanks bunches again for letting me pop in for a natter, Wiz. Thank you so much for all you do for authors, and for the Indie community!

As a treat to anyone curious about my Indie pubbed collection – Book 1 of the Island Moonlight Collection, Bargain Bride, Billionaire Groom can be downloaded FREE TODAY AND THE NEXT TWO DAYS*