Are you a DINOSAUR?

WARNING: This quiz contains adult language for dramatic effect. Please shut down it this offends.

Are you a dinosaur? Just dug up from the ground? On the verge of extinction?

Do you have the potential to be a sixty year old football hooligan?

Or are you too cool for school, a New Man who knows his onions from his chives, his Armani from his Aquascutum, his Jake Bugg from his James Blunt.

Take this easy multiple choice test to find out. Print off the sheet and circle the answer which most suits your attitude. The answers are at the bottom.

Have you ever listened to a Coldplay record all the way through?

a) Yes. I really like Coldplay. They speak to me about issues affecting my generation and they’ve got some awesome melodies.

b) I listen to Coldplay at parties and wedding.

c) I’d rather drink my own irradiated piss than listen to that whining public school prick.

d) Who are Coldplay?

What is your opinion of the Police?

a) I’m glad the Police are there. They protect us from crime and look after our safety. I think we have the best Police in the world and I’m proud of them. Yeah! Go Team!

b) They didn’t help me when I got burgled. But they’re alright in riots.

d) I like Roxanne. Its got a really catchy beat. “Roxanne, Roxanne…you don;t have to turn on the red light...”

Have you ever seen a tribute band?

a) Often. I love live music and its nice to see talented musicians keeping alive the traditions. Tribute bands reach out to the fans of the past. It’s also brilliant that my parent’s generation get to see the music of their childhood played live. It must bring back some serious emotion.

b) If my mate gets me a ticket. And sometimes in the pub if I'm in there.

c) I’d stab my eyes out with a smallpox-tinctured screwdriver rather than see a Tribute band.

Would you spend Saturday cooking a five course meal for your work friends, using a cookbook prepared by Jamie Oliver or another top TV chef?

a) Definitely. I love cooking. I’ve been cooking since Uni and I can think of nothing better than a meal with friends on Saturday night. It relaxes me. I give my partner the night off and from the moment I visit Waitrose at ten in the morning, I’m in my element. Pass the extra virgin, Tasha!

b) Sometimes. Sunday roast. But not anything Spanish.

c) I’ve not cooked more than a slice of toast since I was nine, marra, and I don’t intend to start now. Men don’t cook. Phyllis? Is my tea ready or f**king what! This knobhead with the questions is getting on my t*ts.

d) Who is Jamie Oliver?

What is the most you have ever spent on a haircut?

a) Oh, I generally spend ten to twenty percent of my disposable income on clothes and haircuts. I like looking good. I once spent thirty seven quid on a just-out-of-bed haircut once and it looked great. My mates at the wine bar thought I looked a bit like Niall out of One Direction. Haha. Awesome! Worth every penny. And I got to play on a Playstation while I waited.

b) A tenner, just before a wedding. That was a couple of weeks ago, actually. At Peppers.

c) Thirty seven quid? Your man must be totally barking.

d) My wife cuts mine in the kitchen with Ronco clippers. Had them years. Got them off the telly.

What’s your opinion of the English Premier League and the influx of foreign players?

a) I think it’s amazing. I love meeting mates on Sunday afternoon at The Approach for a pint and some mixed nuts. Chatting about stuff while Skys on. I’m a mad Man United fan and they’re always playing so I don’t have to fork out megadollars to see them! Haha. All the analysis and the great music at half time too. Sky saved football if you ask me.

b) I wish they’d have a quota system, say six English players in the first team. Protect the National squad. Otherwise its alright.

c) Bunch of plastic c**ts. I’ve never seen an EPL match all the way through and hope every one of the owners, players and fans die a slow and painful death. And anyone who watches it on telly. I’m off to Edgeley Park.

d) Is that ice hockey?

Do you read fiction?

a) Not really no, but, hey, I've got my X-Box and they’ve developed some awesome reality games that stir the imagination. I've not read for years, actually. I once read a Harry Potter, but I can’t remember which one. Is it necessary to read nowadays – now, we’ve got X-Box, IMAX and big screens? I’m not sure it is. Sorry, oldies!

b) On the beach. I like that James Patterson. He’s mint.

c) All the time. I’ve always got a book on. I can’t understand people who don’t read. I guess its because people nowadays are all thick. I blame A-level grade Inflation.

d) Readers Digest? Will that do?

What do you think of the Fifty Shades of Grey Phenomenon?

a) Well, aside from complaints about the quality of the writing – I’m told it’s pretty poor – I think the franchise emancipates women and helps those with latent queries about their sexuality express their innermost desires. Well done you, EL James for that!

b) It kept the missus quiet at night, so yeh, its alright. I prefer me Andy McNab though.

The brilliant Desert Orchid wins the 1989 Cheltenham
Gold Cup from John Edward's Yahoo. Dessie detested
Cheltenham, which makes this one of the greatest
equine feats ever.

Do you think we should retain the Welfare State in its present form?

a) No. Too many people don’t stand on their own two feet. There are loads of jobs out there. I work in a call centre and we’re always advertising. The unemployed cause many of their own problems and I don’t feel I should pay for them to sit at home all day and smoke drugs and watch Jeremy Kyle. Roll it back, I say!

b) It’s pretty good if you lose your job. So yeh, keep it.

c) Definitely. I’ve been unemployed loads and they’ve always looked after me. Why should the rich get all the benefits of living in this country? Share it out.

d) Oh dear. Are they getting rid of the welfare state? These Tories really are a nasty lot, aren’t they!

Do you drink at Wetherspoons?

a) I wouldn’t drink in Wetherspoons, actually. Sorry. Full of unemployed old men and football hooligans and it takes ages to be served. Stinky too, some of the pubs. I like Tantra, because it’s, well, cool. And it serves two for one cocktails after work. Amazing...

b) If it’s the closest pub, I’ll drink there. I’m not arsed about it. It’s just a name.

c) I LOVE Wetherspoons. Love it. Cheap beer, no crappy Rap music on the jukebox, blokes you can have a chat to, clean, tidy and steak and a pint for six quid. The saviour of the British pub, is JD. What’s not to like, mate.

d) I enjoy a night at the pictures. I’m off to see that new Clint Eastwood film next week with the wife.

A psychologist acquaintance of yours expresses the opinion that all human beings are fundamentally bisexual. He then confirms he means you too. How do you respond.

a) I wouldn’t mind. I’m open to conversation about my sexuality and I have plenty of gay friends too. I’ve often thought I might be bisexual. I mean, don’t YOU fancy George Clooney! Hahaha. He’s very handsome.

c) I’d f**king smash his face in, the cheeky c**t. You really are trying to piss me off today, mate.

d) I agree with him. I’m always out cycling. Ooh, it’s one of life’s great pleasures.

What’s your favourite song of all time?

a) It has to be Chasing Cars by Snow Patrol. OMG, that makes me cry and seeing them at Glastonbury was one of the highlights of my life. Thanks for asking this question. It’s amazing.

b) Bohemian Rhapsody by Queen. It’s still the best.

c) Stranglers. No More Heroes. I mean, there aren’t any nowadays, are there? All the heroes are dead.

d) New York, New York, by Frank Sinatra. My wedding song. They were the days.

The most listened to record of the "noughties",
the piles-inducing"Chasing Cars" by Cold Patrol

Finally, summing up. Things were much better in olden times. Do you agree with this statement?

a) Of course not. My parents and grandparents were racist, sexist, homophobic and virtually destroyed the planet.  They betrayed us and were always having wars. It’s much better nowadays. Nicer. Much cleaner too. People change their underwear more often today. And nowadays, you’ve got Xbox One and Playstation 4. What did oldies do with their spare time?

b) I can never make up my mind about this. I’ll have to think about it.

c) Are you kidding? If I could top mesen and come back in nineteen sixty eight, I’d have the noisy end of a revolver in my gob faster than you can say Noddy Holder and no mistake.

d) I quite liked going on holiday to Butlins. In Filey, especially. Is it still open?

So are you a dinosaur?

Consult our handy ready reckoner for the answer.

Er, no. You’re the least prehistoric person on the planet. I bow to you. Invite me and Toby round to dinner. You’re bound to be great company and we can listen to Coldplay and Snow Patrol and modern noughties classics. I quite like Fettucini by the way. But nothing green. Food issues, possibly due to adverse shock schedule classical conditioning.

You are Transmetropolitan and the world is yours.

Good lord. Sensible, aren’t we. You may just be the most sensible human being alive.

You are Balanced and the world could be yours, if you were a bit more decisive.

Gosh, Mr D. Get a grip! Don’t be so scared of the modern world! I mean, come on! Stop hiding your head under a cushion and pretending its not happening. Read a newspaper. Watch the telly. Go on your Amstrad and find a political blog to follow. Force yourself. Throw your crappy record collection away.

The world has moved on from U2’s Greatest Hits.

And Reader’s Digest? Oh man…someone buy this bloke a subscription to Granta!

You sir, are a great big Brontosaurus.

Damn, it must be frustrating. All that anger at the way the country has changed. All that pent up fury.

You, sir, are The Unwanted.

Sorry about that. Anyway, see you down a match on Saturday (except EPL, obviously.)

Oh, and have you read these yet? Might make you feel better... 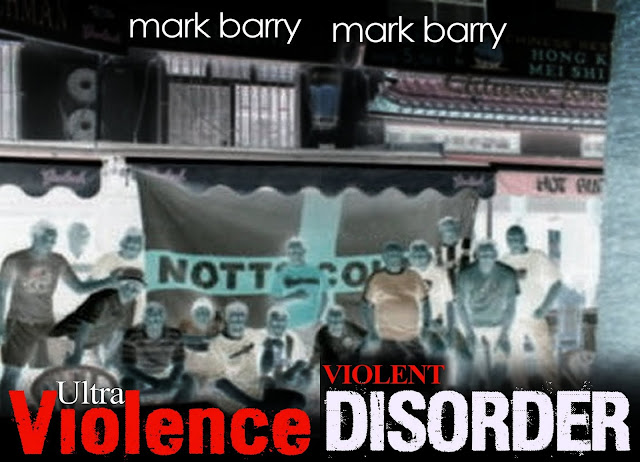