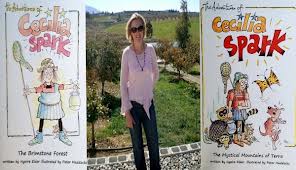 I am delighted to have well-known author, D M Andrews, at the Wizard’s Cauldron today I met Darren about a year ago in the corridors of a cybercave and was keen to catch-up with him. 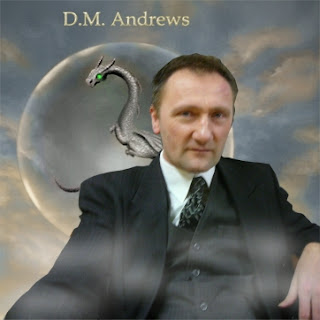 So here we have it, dear Wizard Watchers, my debut guest interview at the Wizard’s Cauldron. Here’s hoping I can stir the cauldron as well as the Wizard.

Darren, thank you for braving the fearsome weather and joining me here tonight. Would you like a cup of hot cocoa?

Glad to be here. Anyway, a bit about myself: I’m English and, as far as I’ve researched, so are my ancestors; I suspect Ireland and Scotland will make their appearance sooner or later. I enjoy genealogy, mythology (mainly Irish), history (mainly pre-gunpowder, and mainly British), and political philosophy. I also enjoy strategic historical war games and have designed some mods on the Total War engine.

Of course, I love reading novels, and have a strong penchant for original fantasy. I’m a big Tolkien fan, though I don’t go as far to speak Elvish or attend conventions dressed up as an Orc.

You recently published a YA fantasy/paranormal book, Dreamwalkers. Can you tell us a bit about this book?

I like to experiment. Dreamwalkers (Part One), in essence, in a short teaser instalment of a series that will have at least three parts. I’ve written humour, parody, and a middle-grade fantasy. I wanted to try some young-adult fiction, though I’m told Dreamwalkers is equally identifiable as adult fiction. I try to write my stories so that they’re accessible to all confident readers of any age, though clearly some will appeal to older audiences than others. 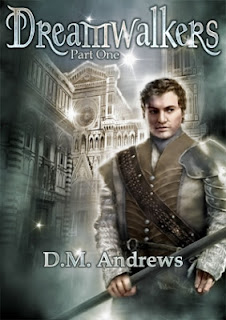 Dreamwalkers is themed around – you guessed it – dreams, or to be more specific, lucid dreaming. The idea for it really stems from the Matrix movies, except that the world is constructed not by technology but by imagination within dreams.

Although the characters, Callum Chase and Ash Ravenhill, are from modern-day England, the dreamworld setting is a version of fifteenth-century Italy. As I say, I like to stay away from cliché.

What did you learn whilst writing Dreamwalkers?

I learned a little about Italy during the Renaissance period and lucid dreaming. Had to do quite a bit of research on those, though of course the benefit and freedom of writing fantasy is that one can depart somewhat from the path of clinical accuracy.

I think the biggest thing I learned was to think outside the box. Dreamwalkers started off life with lots of magical powers and a setting reminiscent of the Dark Ages or Early Medieval period. By letting other ideas flow, I moved away from those all-too-common elements of fantasy writing.

With regards to Dreamwalkers, do the characters seem believable and real? Can you relate to their dilemmas? And to what degree do they remind you of yourself or someone you know?

"I think authors always put a bit of themselves in a character - a main character at least. I always like my characters to be real and believable. I think that authors who rely on a setting or genre too much are apt to forget characterisation. " (DM Andrews, 2013)

I like to read books with characters I can empathise with. Stories with good characters and character development can make up for a less-than-interesting setting or story concept, but I don't think the reverse is so true.

What is your writing process? Do you follow a typical routine?

I'm terribly disorganised, though very organised in some things. I generally find I can write a lot better when I am winding down at the end of the day. It's not the best time for me, though, because I have to get up early! I tend to go through patches of marketing, patches of research and brain-storming, patches of revision/editing, patches of reading, and patches of writing. It's all very naughty and I'm sure no serious author would advise anything of the sort! I'm looking forward to a new and more certain routine come June (when I won't have to get up so early anymore)

What do you have planned for future writing?

The jacket covers for your books are very impressive – eye catching.  Who designs them and what input do you have at the design stage?

They are designed by a German guy named Alex Hausch, whom I met through my interest in historical war-gaming. I give him some design ideas and then ask for alterations once he’s done.  I’m not keen on photographic book covers for fantasy, so original artistic work is important to me. More so because I can’t draw for toffee.

Your interests include genealogy and modding … please reveal more about these intriguing hobbies.

One of the books I hope to write one day is a non-fiction book: a book of my family history charting back all the eight lineages of my great grandparents as far back as I can get. The idea would then be to have it self-published (no distribution) via PoD and gifted to or bought by living family members. This would also disperse all the research and history so as to make it less likely to be forgotten or lost.

It will be many years before it is done. I've put about 3-4 years of consistent effort into it over a period of about 20 years. It will probably be another 20 before it’s finished. I’m also a volunteer at my church’s local public family history centre, so I’m able to take advantage of the facilities there. Genealogy is good for story ideas, too ;)


I’ve always been interested in world-building, or subcreation as Tolkien called it. Modding is just another way of doing that. Modding is the creation of mods, which is short for modification.

A mod is a legal modification of the softcoding of a commercial game engine.


Although they can be distributed, you cannot make money off of them, so they have to be free (the user of them still requires the actual engine). (Like ID Software's magnificent DOOM Freecoding...wow...ed). They, in essence, provide the game player with new experiences for games they’ve tired of playing. As it increases the life-time value of the game, and generates more sales for those interested in the mods, the software companies sometimes openly encourage and provide tools for modders.

You can find out more about some of my mods by searching for Viking Invasion II or Norman Invasion on Google, Youtube, etc.

All my mods are for the Rome Total War engine.

One I’ve mentioned already: the family history book. (Found another potential DM Andrews ancestor from over the ocean - ed)

As far as fiction is concerned, it was always my original intent to write a massive epic fantasy along the lines of The Lord of the Rings. It’s something I still think about, but not an easy task to take on the likes of Tolkien, Martin and Jordan. Who knows? Maybe one day.#

Being a lover of history, Darren, if you could travel back in time what era would you like to visit and why?

Britain during the Dark Ages. I’ve a fascination with the Celts and the Anglo-saxons, and that time period generally.


"I think Alfred the Great was one of the best kings we’ve ever had and an early beacon of light in English history. "


I also have a political interest in the beginnings of the USA and would love to travel back to the late 1700s and meet the likes of Jefferson, Washington, Madison, Adams and others.

Your journey as a self-published author, has it been what you expected or better, or indeed, worse?

Self-publishing seems to have started to build strongly around 2010. I came along toward the end of 2011. I had some initial semi-success, but then with the influx of competition I’ve had to work harder to stay afloat. It’s very up and down.

I think the important thing is to keep writing and building a fan base. I still believe that good books will rise to the surface if the author remains focused and active.

Okay, you were found dreamwalking in middle-earth by a pack of wargs who take you to their leader, Gertrude the Grey.  Since she has already snacked on a hog’s head and had her fill of ale she is in a kind mood and wants to set you free in exchange for the contents of your satchel. What 3 books, 2 dvds and 1 cd will you exchange for your freedom?

Is this a strange way of asking what my favourite books and music are?

Indeed it is, Darren. I sway towards intrigue and jollity as opposed to the contrary, makes for better reading, don’t you think …?

Well, I’d give Gertrude a copy of The Lord of the Rings (so she can find out she’s a he and named Gandalf)


a copy of The Serpent in the Glass (for Hobbit children everywhere),


and a copy of Pied and Prodigious so she can have a good laugh! 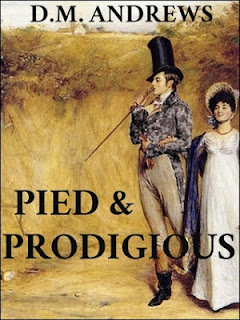 As for films, Les Miserables (2013), to see if she can get through it without crying,

...and It’s a Wonderful Life, because everyone should watch it!

(full version of It's A Wonderful Life! - ed)

As for music, I’d have to give her an Enya album. My favourite-ever singer.

And finally, where can fans of D M Andrews find out more?

My main site (with links to my other sites and all my books) is my blog at http://www.writers-and-publishers.com

Darren, thank you for joining me tonight round the Wizard’s Cauldron, and I wish you well with your new YA series, Dreamwalkers.

I’m glad I dropped by, especially for the HOT coco!