An Interview with Margaret Arvanitis

Oregon.
Oregon.
The very name inspires images of survivalists, mountain men,
trekkers, wild horses and wild boars, a Thoreau-like wildnerness,
a return to isolation, an ennoblement of the spirit.

The Western state is also currently home to Margaret Arvanitis
who writes fables and children s stories amidst the canopies of the
left wing of the fast disappearing Boreal forest.

She also writes short stories for adults. Eager to get down to the business of
getting thoughts on paper, I picked up the Wizphone and found
Margaret on a rainswept lobster trapping expedition upstate. She took
a quiet break and here's what she had to say.

Tell us a bit about yourself

I am a graduate of the Institute of Children's Literature and a
member of the Society of Children’s Book Writers.
Now retired from my occupation as a preK and early grades teacher.
I’ve lived the first part of my life in Nebraska where as an adult I raised my children,
and ran my preschool.

The past years I’ve wandered around stopping for a few years in California, and Texas.
Currently I live with my twin sister in a small coastal town in Oregon, but
who knows where my wandering feet will land next.

I am foremost a writer, having fun writing fables consisting of characters
such as elves, fairies, pixies, imps, mermaids and other mythical characters
who bring the excitement of fairy tales to the mid grade child.

Its a world of fantasy that kids love, Wiz.

I have two published works..

I also write short stories. Any genre. My adult short stories,‘
T. J Frog” and  'George’s Karma'  have been published
in the LitU Anthology.

I love to have visitors. Tell your Wizard Watchers to
come in and like my page.

I shall do. They'll be queuing round the block! What genre do you write in,
Margaret and why did you choose it?

I write for ages from 2 - 15 .  I started writing preschool stories and
puppet dialogues to supplement my curriculum when I taught preschool years ago.
Later when teaching elementary students I encouraged them to write their own
stories and started writing to demonstrate techniques.
These stories led into my mid grade fables fantasies I write now.
For older readers (teens) I write historical novels.

As a young person I read the usual Nancy Drew Mysteries and Hardy Boy Series.

They never traveled over the ocean. I hear them mentioned, but we
wouldn't know them over here.

Have you heard of Alfred Hitchcock and the Three Investigators, Wiz?

Yes. I read a few when I was eight or so.

Well, they are similar in genre to that series.

Although adventurous, they were not violent. Even the adult novels I managed
to sneak from my father's library were not near as violent as most YA books are now.

I know. A lot of YA books I've read are pathologically violent. There seems to be
an idea that you must have the hard core sex, the spouting blood, the terrifying
death and the total destruction in order to sell!

Well Mark Twain knew how to keep a boy's attention to his books without that!
IMHO we should have more ‘Mark Twains’ writing for boys.

I agree. Bring back Mark Twain!

There are good ‘boy’ books are out there if one searches for them.

To name two; Sea Cutter by Timothy Davis (a series) and
The Boy who Flew With the Eagles by Ben Woodward.

Hopefully the e-book resolution will bring more boys to the table of books.
They seem to love anything electronic.

My son Matt read one of my books the other day. Only his second book ever!

What was his first, Wiz?

Of Mice and Men, by John Steinbeck.

It is! So Who is your favorite children's author? Who are your other influences?

Of course what preschool teacher doesn’t love Dr. Suess's wonderful zany rhyming books. I think I have read every one of his books to every preschool child I've taught.

Since I have retired I haven't kept track of the great new writers .

Have you read Shadow and Bone? 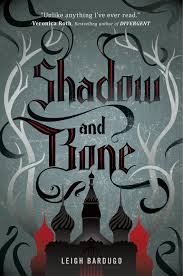 Addictive apparently, despite it being the worst written
book in history.

I shall have to look it up. I see the Diary of a Wimpy Kid series
by Jeff Kinney are still sold.

I sent them to my grandson when they first came out and
he loved them.)

What is your latest project? Tell us a bit about it.

I am editing and getting covers designed for my teen history series.

Hank of Twin Rivers. Book One Journey of Change"

A great Series for boys. See them at

Hank of Twin Rivers Series is the story of a pioneer boy’s journey from a shy,
withdrawn boy to a self-made young man; of his adventures on the Oregon Trail
from north Iowa to western Nebraska.

His feeling of being unloved by a strict father
is buffered by his Irish Uncle who takes the place of his mother.
Of his life  on the often dangerous life on the Midwest plains,
and of growing from boy to manhood on the Chisholm Trail
with the horse wranglers. I plan to launch the first book in February or early March.

Ah! Nebaska. I've heard Nebraska grows more potatoes than any other region on
earth, Margaret? Is that right?

It might have been wheat. Either potatoes or wheat. One of the two.

Could be carrots? Anyway, where is Nebraska, Margaret? Is it anywhere near
the sea?

No, Wiz, its inland. Right in the middle.

Why did Bruce Springsteen sing about it?

Being from New Jersey, it seemed a surprising album title choice. You would
think he would call his album, "Coney Island" or something like that. Oh well, so
Margaret, how do you relax away from the typewriter?

Spring and summer catches me working in my flower gardens,
or in the winter looking out at my view of the bay and the sail boats
wishing I were on one.
Sometimes I play my accordion.
At six o'clock I shut off my computer and turn on TV.
Watching the news in this crazy world gives me a chance to blow off steam. :)

Upset that you have killed off their favourite character, a renegade
kindergarten class lock you in your classroom over Christmas with just
ten boxes of Oreos, some peppermint tea and a mango, in an effort to get you to
change your mind.
Little Toddy your jug eared, toothsome favourite pokes his head
through the window sneakily and drops in a parcel containing three books,
two CDs and a DVD. What would you like them to be? 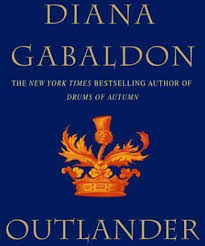 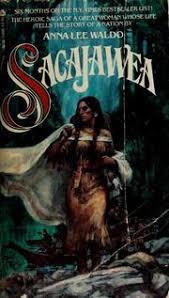 Meditation tape from Deepok Chopra. (I  would need that to keep from going stir-crazy).

Raffi Singable Songs for Children.  My students loved his silly songs so maybe
Little Toddy would hear it and come in and sing with me.

What can diners expect around Margaret's table of an evening?
Or would you just go out?

I like fried chicken, mashed potatoes and gravy
(that comes from my life on the farm when a child.)

Also, there's nothing like our clam chowder
here on the Oregon coast.

Finally. What do fans of Margaret Arvanitis have to look forward to in 2013?

To publish my second Fable, FORBIDDEN WINGS; A Mermaid's Story," as a print book.

To publish my third fable "PIXIES OF THE FERNS; Fernella's Magic." in February.

Launch of my third fable:  Pixies of the Fern - Fernella's Magic.
To e e-publish the Hank of Twin Rivers series .

Margaret, thank you for coming in to talk to the Wizard! We wish you the best of luck
in 2013.

You can buy my books on Amazon at my Author’s page._

‘THE LEGEND OF ELPANDA PAWS. You can find the e-book and paper back it
at these links.

‘FORBIDDEN WINGS; A Mermaid’s Story’ can be found at

A great Series for boys. See them at