An Interview with Suzanne Korb

American ex-patriate Suzanne Korb has made the counter-intuitive move from Hawaii to rural Worcestershire.

(Our second Worcs interview in three weeks - wait an age for a bus and two come along at once!)

While most British people would chop off an ear to emigrate to the astonishing sunsets, sandy beaches and lustrous eucalyptus glades of volcanic Hawaii, Suzanne is content amidst the flood plains and rich green grass of the near-West country in the UK.

Incidentally, there was a huge mix up in the questioning thanks to some pretty poor research on my part. I was under the impression Suzanne lived in York, which, for non-UK readers, is about a hundred and sixty miles away from her actual abode, so the questions originally had a York theme.

You will notice there is a question about zombie vikings based on the world reknowned Jorvik centre in York which appears to have nothing whatsoever to do with Worcestershire.

Blame BT for the white noise on the Wizphone!!

Before we start - great titles to your books, Suzanne! A must for any William Castle/Roger Corman enthusiast?

Thanks Wiz! Here they are. 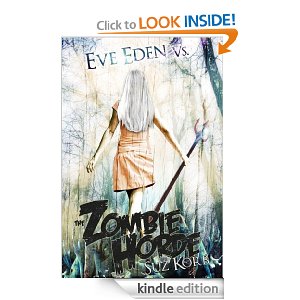 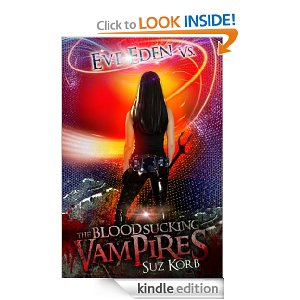 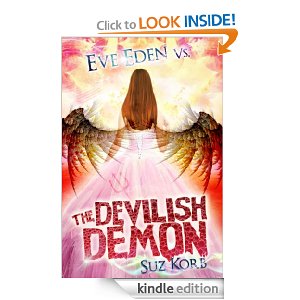 Scary indeed! Now how does an American girl find herself in beautiful Worcestershire?

I moved here to the UK from the USA in 2001 to be with my then British husband who I’m no longer with now ha ha. I didn’t go back to America. I love it here in the English countryside!

As I've said, your book titles are fantastic. Who do you write for? Are you squarely in the YA tradition? Can adults read your work?

Adults who like supernatural teen stories containing romantic comedy adventures are most welcome to read my books!

My novels aren’t moody romance, they’re light on the rom and heavy on the com.

Are you into comics? Who was your favourite superhero?

I’m not into comics, no. My favourite superhero when I was a kid was Superman. Now days I rather fancy Iron Man.

Tell us about your current project.

I’m actually switching genres at the moment. I’m writing Chick Lit. I’ll be getting back to the YA writing in the New Year.

How does Suz construct a novel? Are you a grinder? A plotter? Or do you fly by the seat of your pants.

I’m a pantser, which sometimes leads to trouble when I write my characters into diabolical corners. Getting my characters out of horrific situations is what makes my stories more original. Writing by the seat of my pants challenges me and I end up with great twist and turns to the plot.

Intelligent Zombies spew forth from the Jorvik Museum and capture you as you wander around the Knavesmire reading the biography of George A Romero. You are thrown into a mausoleum at the back of the Minster. Your kindly gaoler, Olaf the Helmet Maker, grunts that you can have three books, two CD's and one dvd to pass the time. What would they be?

The CD would be verbal instructions on how to escape mausoleums and the DVD would be a new release once I successfully left the presence of my helmet-making captor.

Hahahahahaha...nice one Suz!!! So. Vampire Diaries: Compulsive and enriching television for young people, or an empty exercise in form over content?

The Vampire Diaries is one of my favourite TV shows. Okay so the dialogue is messy, but the sexiness is undeniably hot!

Incidentally, I watched eight minutes of Vampire Diaries once and  went deaf for fifteen minutes...

It was that dialogue, Suz. My brain shut down in self-defence.

Anyway, your favourite writer has arrived at your doorstep with a bottle of Pomagne and a bag of honey roasted peanuts. Who would you like it to be and what would you cook him or her for dinner.

If Derek Landy showed up with a bottle of Pinot Grigio I’d ask him to marry me on the spot.

What do fans of Suz Korb have to look forward in 2013?

I’ve outlined two more paranormal YA series. The first one will contain the powers of the elements and the second is a dystopia. I also write Chick Lit, but for now my alter ego pen name shall remain a secret.

Thanks very much, Suz.

Can you write about me next time, Suz? Everyone seems to have forgotten who I am!