An Interview with Brenda Perlin

In an Indie environment completely dominated - nay, saturated - by fantasy, sci-fi, YA, and horror, it was a pleasure to bump into Homewrecker, a no holds barred account of the simple failure of a marriage; a story firmly entrenched in bitter reality.
Intrigued, I investigated further and discovered that it was written by Brenda Perlin, in the tradition of Elizabeth Wurzel and other writers of similar raw boned ilk: Writers prepared to give of themselves and their stories in order to improve the understanding of our our social reality rather than escape from it by creating alternative worlds.
This book is no holds barred stuff, written in bleak, dispassionate, matter-of-fact, almost documentary style and I approached Brenda in similar fashion.

I was reminded of the magnificent Woody Allen film "Manhattan", particularly the scene where Allen confronts his ex-wife, played by Meryl Streep about a book she plans to write about the failure of their marriage. In Homewrecker, Brenda shows the same clinical restraint, the same chilling rapacity, and the same ruthless, inarguable power, leaving no need for anger, rage or recrimination: The power of the written word being much mightier than the sword.

Her blog is essential reading each week as she goes into great detail and discusses the stories behind the story. Eager for a natter, I picked up the Wizphone and caught up with Brenda in downtown Orange County, California. Here's what she had to say while she sat amidst the orange groves,  with the smell of eucalyptus in the air and surrounded by, what I perceived to be, the chirping of a milion Cicadas.

Tell us a little about yourself, Brenda.
Thank you so much for even wanting to hang out with me for a while. How cool are you! This is all new to me. Before this I was just your average “hausfrau” living in Orange County. How quickly things change. I can get used to all of the flattery. No bad reviews please, I have thin skin!

I am big into fitness and an avid reader...I know that is not too thrilling but I never said I was a party girl! Writing is not just a passion but a necessity. I would probably be a basket case without this outlet of spilling my guts all over the world wide web.

Tell us about Home Wrecker? What made you write it? Where are its influences? In what tradition does it fall?

Lots of information about Homewrecker is readily available on my blog and website.

I'm an avid reader, Brenda. At least once a week.
Are you, Wiz? I'm so pleased.

I don't miss it. I have it on all sorts of alerts. I love this kind of stuff.

Thank you! :-) Here's the website for you readers. I hope they can join us.

and here's the book cover.

Is that you on the cover, Brenda? Apparently there's a big debate and you aren't saying? 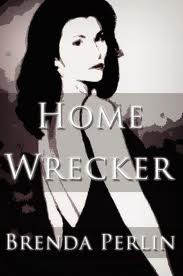 I got the title Home Wrecker from one of my ex-mother in law’s best friends. She used to call me Home Wrecker because she didn’t like all the attention I was getting from the elderly gentlemen at Leisure World!!
At that time, the thought of me being anything but a good girl seemed absurd. I really was a goodie two shoes!
This is a true life story, but names and a few circumstances have changed to protect...mostly myself but also the innocent and not so innocent.
I first started writing this story when I was just approaching thirty and newly engaged. I thought I would write about what a rip off the wedding business was. I wanted to highlight how you can get suckered into spending, unnecessarily.

After the wedding I buried my story in a drawer. Then 16 years or so later when things got ugly with my husband...I mean really ugly... I decided to pick this story back up. There were many circumstances that led me to let it all out in the open.
I won’t give the whole story away but I think my husband got what was justified.

How faithful to the real story have you been? Have you given in to the temptation to dramatize? To exaggerate? Or have you played it straight.
Funny you should use the word “faithful” considering my book title. Was that just a slip of the tongue? I wish I could call my book “Faithful.” I could walk around with my head held high but unfortunately Home Wrecker was the most appropriate title I could come up with.
I haven’t really needed to dramatize this story AT ALL because the drama was never ending. In fact it is still going on.

What sort of reactions have you had? Have you had any flakes?
Actually, I didn’t expect to be as well received as I have been. I find that people tend to make excuses for what I have done. I never thought you could leave your husband for another man and get praises but I have. Go figure!
As far as flakes (I can’t pass that one up) I have had a couple of friends that have been pretty disappointing, an editor that seemed to miss as many typos as I did and a publishing company that are scam artists. Yes, I have come across a few flakes!

Was writing Home Wrecker cathartic? What does your ex-husband think of it?
Writing Home Wrecker was better than therapy or an expensive bottle of booze!!! Writing your life story after people have dirtied up your good name is as cathartic as it can get.
This way I am able to seek revenge and also have the last word....
Oops..I almost forget to answer your question about what my ex-husband thinks. I am sure he is not at all happy. After you read it, you will understand. No, I am sure he is not happy at all. I am just flattered that he bought the book

You're a popular and consistent blogger. What advice have you for young writers who are linking their work and their blog as you do? How do you get people reading your blog
Now that you mention it, I am starting to have a little bit of writers block. How can you blog when you are out of words? There lies the problem. Actually I could use a little advice around now. I am always open to suggestions!!!

A grumpy good ol' boy reader kidnaps you in the street, throws you in the back of a van and locks you in his cellar. However, his wife, who likes your book and is planning to off her husband, sneaks into the cellar and offers you three books, two cd's and a DVD. What would they be?
Now that is funny! This question was just getting exciting until the bit about the books. I thought it was an invitation to something...hahahaha....Okay, let me think...books
Middlesex by Jeffrey Eugenides

Prince of Tides by Pat Conroy

Catcher in the Rye by J.D. Salinger

As far as CD’s, I think one of the two most brilliant albums of all time is
Pearl Jam’s Ten 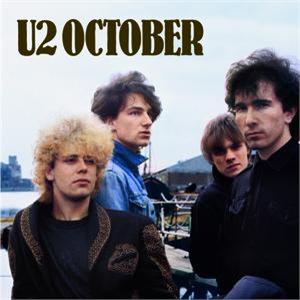 On DVD I will always be in love with Cinema Paradiso. I love a good story with heart!

Where next for Brenda Perlin and her fans? (Including yours truly!)
I am glad you asked, if not I would have had to thrown it in somewhere. Thank you for that! I am actually working on a sequel to Home Wrecker which I am calling - 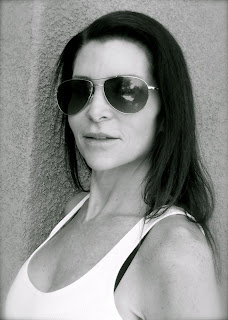 Hopefully by the time I finish, this girl will have received her fair share of absolution.

Brenda, it has been an honour and a privilege to speak to you and I hope that you sell a bunch of books in the coming year.
Without a doubt I want to thank you Wiz for a clever Q & A and your interest in my book. I am so elated that you have followed my blog posts!

Wizard Watchers can find out more about Brenda Perlin here!

Dont forget to pick up the Indielit Scrapbook - 110 Indielit Paperbacks for gifts this Christmas! Top Right at the top!
Posted by Mark Barry at Tuesday, October 30, 2012