0) The progression of the Ultra Violence front cover, from incompetent Google burglary, to fourth edition magnificence, is discussed in Dawn's blog.

a) Just in case you were wondering, the dog I backed with my four figure royalty payment finished second after finding all the trouble possible in the run to the first bend. The dog was a fast trapping white jacket from the smash box. Ideal for Romford. Missed the kick and was hampered by the second fav in blue. It was 3/1 jolly and was beaten a head. If you ever bet Romford, your dog MUST lead in the sectional otherwise say goodbye to your massive royalty payment.

b) I'm going to relaunch Green Wizard for the third time on September 1st when all the books are in paperback.

Not that it will matter. They will all probably sell about five copies each.

See, everyone is a writer nowadays.

Nattered with my Postman this morning. He's writing a sequel to Bukowski's "Post Office" called "Postman" and publishing it on Kindle. My greengrocer is writing a book called "Mangoes Are Not The Only Fruit". It's about a gay greengrocer and his struggles with homophobia and suspicion in the traditional world of greengrocery. My newsagent told me this morning she's writing a "Coronation Street" spin off starring Rita Fairclough as a harassed newsagent and Hilda Ogden as a harassed cleaner. It's called "Aunty Rita's Cabin." I've already reserved a copy. My next door neighbour Phyllis is writing a book on her cycling adventures  called "Blue Remembered Bicycles"

And fair play to them all. Val McDermid has been getting away with writing the same book since the nineteen seventies and has already paid for her giant church residence, a bit like the Pitcher in Notts.

There are too many writers now and not enough readers. This is a supply and demand problem. And as anyone with an  O'Level in Economics will tell you, oversupply of any commodity leads to big, big price collapses.

c) Interview on Wednesday with Katrina Meador who, I think, is from Hawaii!!! 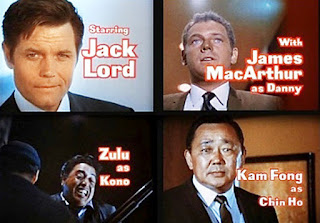 When I was a kid, apart from Wembley, Hawaii was an ambition place. Doubt it will ever happen now, but hey, it should make for a good interview.

d) I spoke to Matt and his cousin Bridie in Ripley on Saturday and told him about The Illustrated Woman Dark Blue. When asked, I described it as "Fifty Shades Of Dark Blue."

Bridie, a mature girl, just like her mother, laughed. Matt threatened to disown me as a father if I publish it. I totally understand his feelings in this context.

Anyway, the juicy bits are going to be written by my new friend, Kandy Reed, who used to work at Conrad's as a lappy and now works in the Voluntary Sector in Derby with elderly people.

Roy has asked me not to put her in the parts which feature the giant Watusi tribesman.
Posted by Mark Barry at Monday, August 06, 2012