A year ago, I met Brenda Perlin, writer of Homewrecker and we've become decent cyberpals, regularly corresponding on the Internet. After an interesting account of a reviewing situation (those thorny issues), which is recounted here, I asked her to come on the show for a second time. She agreed and has an awful lot to say about life -and those infamous reviews. Her initial interview is here: 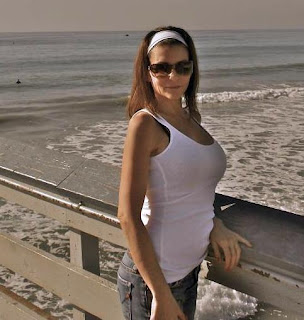 What's been happening to the wonderful Brenda Perlin in the OC since we last met?

Oh gosh, so much has been happening! First of all I got out of my contract to a very bad publisher. I haven’t been shy about sharing this story. They were pretty much a vanity press and basically almost ruined me before I really got a chance to to get my story out there to the public. Fortunately I have a loud bark and was able to persuade them to let me out of my nasty seven year contract. That is not to say it was an easy battle!!!

"Thankfully Master Koda Select Publishing was bold enough to take on a book that had previously been published. That is pretty much unheard of. This company has heart and I think they saw it in my story. Whatever it was, it has been an entirely different experience. Now I am treated as a human being and my opinion is respected and boy do I have opinions!!!!".

Tell us all about your latest work?

Home Wrecker I has been re-published and re-edited. I think the book offers many positive messages even though it comes in an untidy package. HomeWrecker is a coming of Age story in which the main character Brooklyn does not know where she fits in this world. She is an outcast and can’t relate to most people in her age group. I think this story is about self-acceptance, self-love, and self-preservation. I hope from reading this book people learn not to judge a book by it’s cover. 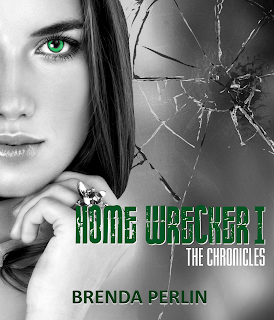 How has Homewrecker been reviewed?

On the most part I have had some outstanding reviews. Maybe not as many as I would like but that is a different story. I don’t think people realize how nice a positive review makes a writer feel. It really is the cherry on top of the sundae.

Most of my reviews are so smack on and perfect that I couldn’t have written them myself if I tried. I have been blown away by such a positive response especially for a book that has “criticize me” written all over it.

All has been positive until I received a two star review a couple weeks back in which the reviewer described the book as boring. Just last night a new review came in from a person I agreed to do a trade with. Yuck! What can you really say to dispute that? I just had to suck it up. Not without a few ruffled feathers.She would review mine and I would review hers. She is also a first time author and I thought it would be a great opportunity to give each other a boost. Well, it didn’t quite turn out that way. I did a review for her right away since she had a brand new release and really needed the buzz.

I could have decided NOT to leave her a review but as I said I was helping her out so I just brought up all the positive aspects to her story.

Unfortunately, she didn’t look at the reviewing process the same way I did. Weeks and weeks passed before I finally decided to remind her about my book...big mistake.

I should have just let it go but that is not in my make-up as you will find out if you read Home Wrecker in which Brooklyn the main character is pretty much me in a nut shell! She apologized and said she would get right on it...

Last night she wrote me to say her review was up. She explained that she wasn’t very good at these things. I understood exactly what she meant after I read her review.  It was not constructive. She left me 4 stars which is respectable but she talked about her short attention span and how she was bored through part of it because of that. Well, bored was now a touchy subject for me. Instead of thanking her gracefully, I did what I do best and requested that she remove her review since as a reviewer you have the option to delete a review or even edit one.

I am sure she felt bad and didn’t think her review was all that problematic. I tried to explain to her about the other review I just received but I don’t think she got it as she seemed pretty aloof.

She agreed to remove the review and with my tail between my legs as they say, I thanked her.

I am not saying I was right to have asked her to remove the review but it was an opportunity that most of us do not have. I was pushing it but I felt she didn’t understand the book, the reviewing process, or anything for that matter...but let’s not get nasty. I am sure she is a sweet girl! She just wasn’t so sweet to me!!!

Do you think the Amazon review system is outdated, bearing in mind the amount of novels there are out there?

Yes, The Amazon review system is definitely flawed. As an author you have no control what goes out. Some people think they are being funny or give a bad review because their IPad wasn’t working right. I mean, we are open for a lot of unwarranted criticism.

Actually there is a comment on my Amazon author page from the story’s nemesis calling me a narcissist, which I think is besides the point. I am stuck with it because Amazon doesn’t see anything wrong with it.

On the other side of the coin, people are receiving 5 star reviews by friends and family members even though their book doesn’t really deserve a 5.

And that is the biggest flaw of the lot, Bren.

It is! You asked me if I thought I deserved a five star for Home Wrecker and I answered probably not. If my book is going against Pat Conroy’s and Jeffrey Eugenides’s then I am not even in their league. Comparing myself to the greats, makes me realize how flawed the rating system really is. Like art, books are subjective and people like what they like. I do think I tell a good story and I hope people find the entertainment value if not anything else.

For all your British fans, how accurate is the show Real Wives of Orange County?

Well, I see some of the women on the show at my gym. In person most of them are rather quiet. Not at all like their television personas. That leads me to believe they do a lot of their shenanigans for the camera.

As far as your average Orange County housewife, I was never one. I have known some that are pretty over the top with their fancy houses and extravagant lifestyles, but really when you get close to them they are like most everyone else just trying to get by except they drive better cars and wear more makeup to the gym! Haha! Love the show! No one works harder at marketing than you, Bren. Any tips for the new writer?

I hope you have the time because be prepared to be glued to the computer. There is NEVER enough hours in the day.

Which is your favorite marketing medium?

Thus far, Facebook has surprisingly been a real outlet for me. I never saw the need for Facebook but now I couldn’t image my life without it!!!! Just the comradeship and the friendships I have made have been worth their weight in gold.

You are well known for your love of the gym  Give your readers an hour's workout that will lose fifteen pounds in a month?
Hahahahahah!!! Now that is comedy. Have you ever considered stand up?

I really miss my days of bossing people around at the gym. I really felt I was doing a good thing. I was working on people’s outsides so their insides would flourish! It was a real blessing.

I do think you have to pay attention to what you eat. It is too easy to eat without thinking and that is when the weight comes on. I used to be the cardio queen...aerobics and no weights. Now I think weight lifting is just as important to the other stuff.Consistency is everything.

Some people are really good for a month and then stop...My feeling is to never stop...unless you are forced to. Also, you don’t have to kill yourself to get a good workout. Just go out there and do it!

Yay!! I will do! What CD is in your CD player at the moment?

The Who! I'm still living in the past...

What do the many fans of Brenda Perlin have to look forward to in the coming year?

The second book in the series is called Home Wrecker II: The Brooklyn Chronicles. This book takes off where the first one left off. This story is currently being edited and should be released shortly. :-)

Brenda, it's been tremendous having you on the show, a pleasure as usual.

I am so happy to be back on the show, Wiz. I loved it the last time.....you always say the right things..just not in a way I could ever repeat! You are awesome!!

Hope to see you back next year with Homewrecker Two, Bren! 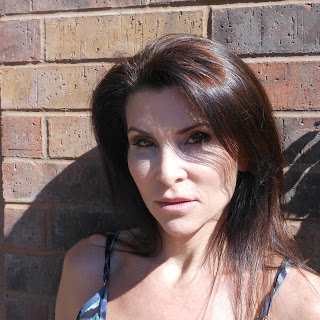