Lucky Wizard that I am, I met Sue Lobo, the brilliant expatriate poet last year, and every day, she brightens my timeline with a range of short poems on every topic from love to death. I noticed that a mutual friend of Sue's kept Liking the poems and to cut a very long story short, it was through this that I met Elise Harries, native of Essex and a writer of an interesting mix of crime fiction and Paganism.  I'm interested in both topics, so I picked up the Wizphone...and here's what she had to say.


Hi Elise, welcome to the show.

Hi Wiz. Pleased to meet you at last.

The feeling is mutual. Tell us all about yourself, Elise? 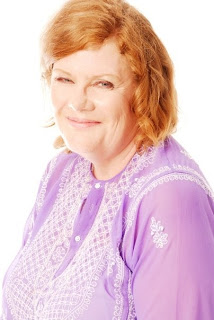 I am a retired teacher  and was a dogsbody for my family, especially until 2005,when I finally plucked up the courage to divorce my ex husband of 20 years, during which time I had my confidence severally battered by verbal abuse and it was only my children who made life worthwhile.  I live in Essex and secretly wish to return to my origins somewhere in the Celtic Fringe, maybe near Glastonbury. (See above)

I started writing at the ripe old age of 4 with a story about 'A Fiers Old Man'. And have scribbled ever since when time allowed.  I started the book as a cathartic response to my divorce, which was painful, and centred it around my daughter and her friends they were my muse for the characters

Did your book fruit from your lifelong interest in literature? Or are you a professional writer?

Being born before T.V, I was surrounded by books. Before I could read my mother would quote Shakespeare to me and I soaked it up!  I have a passionate love of books which I believe I have passed on to my children.

I still have some very old books which I won't be parted from, including the early PlayBox Annuals of the 1900's. Until my novel, I had never written professionally.

Describe your book, Elise. What are its critical elements?

My book began as a  crime story because I find that I am mostly watching crime programmes on the television. Before the murder had been committed I was looking around for characters and because my daughter, Louise was going through a tough time at school I wrote her into it for fun, but it soon took over and from then on I found my story was almost writing itself. There is murder, a whodunnit, Pagans, and Detectives. It's all in there.

I notice your book is an Authorhouse.  Tell us about this secretive and unusual publisher.

Whilst I was writing it The Daily Mail held a Book Fair, which I went along to thinking that it would help me break through this impossible barrier, that publishers don't want to read your book until you have an agent, but the agents don't want you unless you have a publisher.

Authorhouse was one aspect of the fair and being innocent I believed all the Hype and came away to contact Authorhouse.  I spent a lot of money on the package and believed that I would get the printing done, a slot with Waterstones for book signing and 10 free copies.  What they didn't say was that the proof reading was down to me and paid per word and without any consultation about the various phases.

Then when it came to choosing the cover, Americans do not understand the concept of a beacon, being a large bonfire and a pitchfork being a fork with two tines!

My book signing never came about and even though my daughter contacted friends to encourage them to buy my book the price set was so high they weren't able to help promote in their circle.

That sounds horrible. Don't forget to consider Createspace for your next one, love. Print on demand, and all free.

You're welcome, Elise. Your tome has Pagan overtones and elements of witchcraft. How much is this from your experience and how much is from research?
My daughter Louise had developed a deep interest in Witchcraft and  I found myself drawing on my encyclopaedic memory dredging up the dimly remembered expose' stories of 'The People' and 'The News of the World' about witched covens and sex orgies from the 1960's.  Since my reading throughout my life had been wideranging I had had a Dennis Wheatley phase and remembered how he, a white witch, dealt with his scenerios and used a similar idea..

....but I altered it because there is a high degree of Druidry teaching in the book as well, since it was about then that I realised that all my life I had followed a druidic path without really realising it. Thus it was that witchcraft came upon the scene.  Once I had the characters and the method, the reason for the murder slowly slipped in and finally I needed the settings, so I drew on what I knew: where I was living at the time and the fact that my son had recently gone to Buckinghamshire Uni.

I was visiting High Wycombe fairly frequently and reading up about that area I discovered that, that was where the Hellfire Club began and so I couldn't resist writing  something along those lines as well. That in a nutshell is the book and why it got written, especially when you consider the bad press Paganism generally gets I felt it was time to bring it into the 21st. Century and have it helping the police instead of always being the bad guy.

Why is a Yew tree significant in ritual?

Yew is important to Pagans, witches and Druids alike because it is one of the sacred trees.  Its berries are poisonous but to the Druid, it also means rebirth, which is why it is brought in to the house at Yule.  The Druids sacred springs and shrines always had yew trees near them.  The Christians appropriated their sites and built their churches near.  The Yew is also one of the longest living trees because it can regrow where its branches touch the ground.

Always wanted to know that, thanks Elise.

Think nothing of it.

I have one in my garden. I've seen darkly dressed women in pointy hats stare at it lovingly.

Must be witches, Wiz! Watch out, you might find it gone in the morning.

I've got Zoltan looking after it, Elise! So, which are you more interested in: witchcraft or crime fiction?

I am interested in all knowledge, I think of my mind as a sponge soaking up and retaining any knowledge, so they are both eaually important as any other knowledge.

I don't have a favourite; I've read, Conan Doyle, Christie, James Patterson, Steve Berry, Will Adams and a host of others and liked them all.  If a book captures my imagination then I enjoy it whether it is mystery, historical, romance or any other.

Upset with something you wrote in your novel, a sect of humourless druids known as the Druidarium kidnap you outside the Post Office, take you to a secluded wood and lock you in a gloomy cabin. A kindly minion, Unus, feels his masters have overreacted and, after they have departed, clumsily throws a hemp sack of goodies into the cabin. Three books. Two cds and one dvd. What would you like them to be?

The books are easy, Kings Deception by Steve Berry, 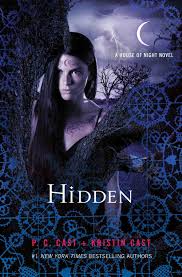 Can I have a candle and matches if the cabin is gloomy? The CDs and DVD's are more difficult, will there be a battery operated machine or is there electricity?

Either way I would want Swayze and Moore in 'Ghost

and the Ultimate collection of Elvis

and Bitter Tears by Johnny Cash.

What could participants on TV’s “Come Dine With Me” expect to be fed at Elise’s house?

My cooking like my other interests is wide ranging, I like to cook Italian, Chinese, and wholesome British food, none of your burgers etc.

What do fans of Elise Harries have to look forward to in the rest of 2013 and beyond?

I am currently working on the second book in the set.  It is retrospective looking back to here it all began and starts the wheel of the year.  I began 'On Beltane's Eve' in April 2005, hence that was where I found the title. Beltane (May Day) and now I have return to the start of the year- Samhainn (All Hallows Eve) for the nest. I cannot wait!

All Hallow's Eve Classic - "The Dance of the Vampires"

And neither can we. Elise, it's been an absolute pleasure to meet you around the Cauldron and we wish you every success in the future, especially with your second book.

Wiz, thank you...I have really enjoyed being on the show.