An Interview with Lainy Lane 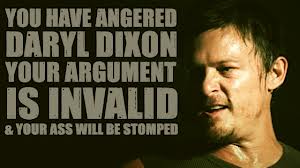 Georgia is one of the state's of the Union I have always wanted to visit and when I discovered that Lainy Lane, this week's Cauldron chatterbox is a born and bred denizen of this fine state, I raced for the Wizphone with particular vim and vigour. I caught up with her during a break from her latest book and while her kids were having an afternoon nap.

Tell Wizardwatchers a bit about yourself.
I am an adult with blonde and pink hair who simply refuses to accept the fact that I'm heading into mid life adulthood and will forever be a teen at heart (even if I am one day driving a minivan with 10 kids in the back on the way to soccer practice!)

hahahahahah...there's nothing wrong with that, Lainy!

haha. I know. So, I live in a little hick town not too far from Atlanta, GA. I am married to my high school sweetheart and as of now I am privileged to say my work is to raise my girls and write!

Wonderful. How long have you been writing? What genre do you work in?

I have been writing as long as I can remember, though it started as writing poetry song lyrics and eventually morphed into stories about 10 years ago, but it took a couple years before I finally pushed myself to seriously write a full book and found out it was my passion… I haven't stopped since and never plan to! I write in what I consider the fantasy genre, where anything goes!

Tell us about your current project.

I really wish that were singular in my mind, it might help me stay a bit more sane if it were! Haahahahah.  I have a few projects in the works… I have just wrapped up the first draft of book #2 in my upcoming Euphoria series

and I am currently doing research to start on the first book of a new series called Daughters of Darkness before I dive back into Euphoria as well as a novella series that will be started shortly.

If you hadn't have become a writer, what other creative art would you have followed. Music? Painting?

I'd love to say that I was one of those awesome all around creative and crafty types of people, but unfortunately it's just not so. Although I do absolutely adore music (I even have a snazzy little musically inspired tattoo on my shoulder) and I don't think I'm a terrible singer, but let's just say I don't think anyone would be willing to pay to hear my voice!

Even the rubber duck in your bath dives for cover when you start warbling, huh!

Let me make it up to you. Dragons swoop down from the sky en masse and a big green one with a pink head takes you in his mouth and spirits you off into the hills. You are thrown into a cave. Firenostrils the baby dragon takes pity on you and offers you three books, two cd's and a dvd to pass the time. What would you choose?

First off I have to say if I'm in a cave with a baby dragon, I'm not sure I'd be able to take my eyes off of it to be able to read or do anything else to pass the time… just saying!

But since you've asked, books would have to be Harry Potter and the Half-Blood Prince (my favorite of the series),

The Entire Works of Shakespeare (is that cheating?!), CDs would for sure be Paramore 's Brand New Eyes and Daughtry's Break the Spell.

DVD is easy since there is only one movie that I can never grow old of watching and actually watch like once a week and it is...


The Labyrinth: featuring seventies gender-bending glam rocker
David Bowie's impression of a mobile side of Ham - a role first seen
in "The Man Who Fell To Earth"and reprised in every one of his
films since.

How challenging have you found writing and bringing up two young children?

It's certainly a challenge at times, I think having two young children is a challenge in itself! I remember I actually got the email saying that Field of Innocence was accepted by Crushing Hearts the night before I was induced to have my second child, and I remember laying in bed thinking to myself that I was probably completely insane for the timing of it all!

A good bit of my writing gets done in the early morning hours while they are still asleep or late at night after them and my husband have gone to bed… and quite a bit of my writing has been done with a child in my lap, sitting by my side, or even both!

But at the same time my girls are why I've never allowed myself to give up on my writing, I want them to have proof that your dreams can come true if you work hard enough to make them happen - especially my oldest daughter since she has a chronic illness and I want to be sure she knows that no matter what anyone tells you or how the odds are stacked against you, your attitude can make all of the difference.

That's lovely, Lainy. I wish her the best of luck with confronting that illness.

That's kind of you Wiz. I'll pass that on!

Do you think that Fantasy, as a genre, is a luscious grape bursting with juice, or a raisin ready to throw over our collective shoulders? And why?

I would go with a luscious grape bursting with juice, because it is literally a never ending subject, that's what I love about fantasy - literally anything goes!

Best fantasy film ever made?
Hawk The Slayer - 1980 (in three minutes)

It will forever be changing and since it's a subject that is based around your imagination it is able to morph into practically anything and everything your heart desires.

Wiz Notes: 2011's mystifying fantasy flop -"Conan The Barbarian"
Cost sixty million dollars to produce and recouped just under forty grand in the US
Magnificent film too. "I AM Conan!!!"

"Plus who couldn't use a world to escape to now and then, the real world isn't getting any easier so I don't think the need for fantasy will ever go away! "

That's true! So finally. What do Lainy Lane's fans have to look forward to in 2013?

The release of the first Euphoria novel, Field of Innocence is releasing on March 15th. I also plan to have the first of my Daughters of Darkness series out as well as the first of a novella stories of untold myths. Also keep an eye out for a release date for Euphoria #2!

Make sure you come back to talk to us about Field of Innocence round the Cauldron, Lainy. Sound's great!

I'll be sure to do that.

Love your Georgia accent, btw. You sound like Scarlett herself!

hahahahah..sure I do. Thank you. That's very kind of you to say so.

You're welcome. Lainy, it's been an absolute pleasure talking to you and I wish you every success with the Euphoria series.