An Interview with Sinead MacDughlas

In the second of our interviews with authors from Crushed Hearts and Black Butterfly Press, Toronto's Sinead MacDughlas talks to Wizard Watchers about top selling Indie thriller, Learn To Love Me, and life in the land of houses the size of castles, snow, strange Yams and impossibly coloured vegetation, highways extending into the infinite, Vancouver, the North West Passage, elderberries, Neil Young, Rush, David Cronenburg, the Moose, resurrected Bison, beavers, the Maple Leafs, Jazz Festivals and lots and lots of big trees.

They might have severe life issues going down or be suffering a severe case of block, but for whatever reason they don't perform. That's where the magic Cauldron comes in. You, dear Watcher of Wizards, might never know which is which: As it comes - or cauldron stirred.

Interviewing Sinead was as it comes. This was sheer joy.

All I had to do for this one was get on the Wizplane to Toronto, find her big spread out in the Toronto boondocks, sip filter coffee, sit back, put my tape recorder on the arm of the Laz-E-Boy recliner, ask the questions, and let her rock and roll. The delightful and talented Sinead is a communicator that's for certain, so I'll shut up and let her do the talking.

Hiya Sinead. Tell us a bit about yourself. Who are you? Are you a professional writer or do you work at something else?

Hello, Wiz! It's lovely to be in the cauldron!

You're not in the Cauldron, that would be a bit silly and possibly a bit cannibalistic.

You know what I mean!

Yeh, okay! Before I start answering though, is this one of those deals where if you don't like the answers, you crank up the heat? Being Canadian, I don't function well in high temperatures. Just saying.

That's great! So. I'm a forty-two-year-old  Canuck, who lived like an urban gypsy until my mid-twenties. I gave marriage a shot then and failed miserably at it. The second one is chugging along much better though.

Thanks. I'm now a stay-at-home mom, raising a three-year-old  boy, a four-year-old girl, a twelve-year-old  cat (who is also a live-in editor of sorts), and a forty-four-year-old  husband. I live in the small town of Georgina, North of Toronto, Ontario.

This is all between writing and blogging, of course. We share a little house with a ghost or two, my muses and my live -in editor.

I've always been a late bloomer. Apparently, I was born three or four weeks late, and I've been losing ground ever since.

When did you start scribbling?

I started writing fiction quite young, mainly because real life was too boring to keep getting out of bed for. I didn't really do much with my writing until 2010, though. I have one more year to put everything I've got into it, before the kiddies go to school and I have to take a *shudders* day job.

Oh good God, no. Not a day job

Yeh, I know. I'm already practicing for it. *clears throat* "Good morning, may I take your order?"

"The A4 pads are at the back, sir. Next to the pens and the Sellotape". Don't remind me! What books have you written, Sinead? How have they performed in this most cuthroat of markets?

The first is a collection of short stories and prose/poetry titled The Unscheduled Stops. It never did well in ratings, but I don't mind. I self-published it as more of a thank you gift to the people who've cheered me on, and an introduction to new readers. 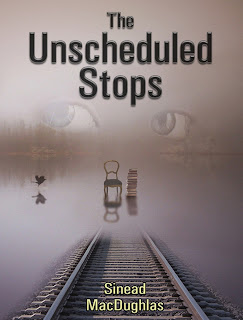 The second book is my paper-baby. It's a mystery/suspense novel that I began as a Chick-lit. Unfortunately, I have no control over my muses, and they held my brain hostage until I finished Learn To Love Me.  (See above)

If I wasn't so proud of it, I'd have likely begun self-medicating by now. lol Thanks to my friends, fans and fabulous family at Crushing Hearts & BlackButterfly Publishing, it pushed its way up to thirteenth place on the Top 100 list for Mystery/Suspense/Thriller for a bit.

Thirteenth? That is a fantastic result, Sinead. I am seriously impressed! Very few people will understand how difficult that is.

I know. It's a tough category. I think I swooned as I brushed past Bram Stoker's Dracula.haha

The last book is a new release. I wrote a Halloween, ghost-story novelette, Best Served Bloody, for Vamptasy Publishing. It was intended to be a short story for a charity anthology, but those muses ... *shakes her head*

The proceeds from the book still go to the East Lancashire Hospice though, I'm happy to say.

There's a very noir look and feel to Learn to Love Me. What are your influences?

Life, music and coffee. lol. The look can be entirely attributed to my extremely talented cover designer David J. Ford. Dave was also the first person to read portions of the book for me, and he based the cover on his impression of the first few chapters. In fact, elements of his design altered some of the story elements before the book was complete.

The feel is more a product of my own dark thoughts, my dismay at the society we're forced to survive in, and my need to express it all.

Swoon. Sabbath? My favourite band of all time.

Me too! I love Sabbath.

So, Sinead. Tell Wizard Watchers about your latest project? What are your ambitions for it?

I'd meant to work on my next novel; a paranormal/suspense set in North America 2025-2030. In an odd way, it would be a sequel to Learn To Love Me. However, the muses have other plans for me and now I consider it the transition from one book to the other. It will carry the reader from 1995 through the present, and prepare them for the future. Zander, Emily and Alex, all from Learn To Love Me, play a major role in this book and the next.

My ambitions? I'd hope it will find readers and make them laugh, cry, rage and cheer. And if I can make enough money to fund another book or two, I'd be ecstatic.

Whereabouts do you live? Does your environment affect your writing? Is there anything about Toronto which influences your characters and/or plots?

I think everything in my life influences my writing, really. People I meet get their personality traits absorbed by characters. The places I've lived, (all forty-two of them), make appearances in my stories, as do the various jobs I've worked.

If someone cuts me off while I'm driving on the highway, I'll have composed their death scene before I've pulled into my driveway. Just kidding!

You're not kidding though, are you?

No I'm not Wiz. That death scene IS already written hahahahahahah. I don't think a writer, or any creative person who is observant of the world around them, can prevent their environment or experiences from affecting their work.

If you were given a one day pass to heaven and could ask your chosen Maker to change one thing about yourself, what would it be and why?

Oh, so many possibilities!  I think I'd ask them to remove my susceptibility to procrastination. I have such ambitious plans, but I so rarely follow them through to the conclusion.

You're walking past a Toronto speakeasy on the way to the deli and you are kidnapped by a Chevyload of mean trilby-hatted gangsters. You are thrown in the bowels of a disused brewery and left to rot until Big Al decides your ransom.

Jug Ears, the gang's kindly but simple, messenger boy, drops off three books, a CD and a DVD in your gaol. What would you like them to be?

Oh dear! You don't ask easy questions do you, Wiz?

The books would be a blank notebook (with pen, of course) 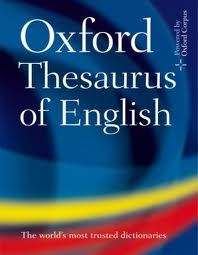 The complete works of William Shakespeare.

The CD? Just one? I'd ask for my personal mixed CD #15. It's the one I've made most recently, so it would take me some time to grow tired of it.

As well as your ephemeral one, I'll sneak this beauty in with Jug Ears, Sinead.

Hahaha Thanks Wiz!! The DVD? I don't suppose they'd bring me "How to make a lazer gun from a DVD player"? Probably not. In that case, I'd choose the full set of Frank Herbert's: Dune.

Do you think Big Al would let Jug Ears bring me the smoked meat poutine I was headed to the deli for, Wiz?

Hahahahahahaha...I don't know. I shall ask him. He's a kindly soul.

I've been known to issue some strongly worded threats in the name of poutine, though I probably wouldn't do so to someone as kindly as Jug Ears.

Hahah. You are too kind!! Who is your favourite writer and what would you cook for him/her Chez Sinead?

Anyone who knows me knows that my favourite anything changes from minute to minute. Choosing just one of something is nearly impossible for me, but I'll try. Let's see. I'll narrow the field a little. I couldn't pick just one from my Indie author friends, so I'll go with famous authors. I need to think.

(Sinead goes out to the kitchen at this point. Rings out to the Deli. Calls her friend Marge in the park. Chops carrot. Feeds Gunnar. Stares out the window. Fifteen minutes later, she returns).

I do believe I'd invite Piers Anthony for dinner. 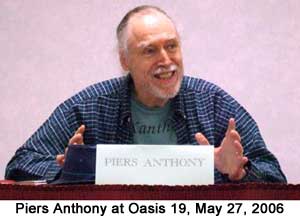 Partially, because he took the time to personally ring me back in 1992, after I'd called his fan club telephone line to ask advice about securing a literary agent, (which I never did). Also because I love his caustic sense of humour and admire his unapologetic attitude.

Who wouldn't want to have dinner with a self-professed ogre? hahaha. I'd have to forgo my carnivorous habits and prepare a vegetarian lasagna for him. Perhaps I'd bake one of my carrot cakes for dessert.

What does 2013 hold for fans of Sinead MacD?

I hope 2013 will bring a novelette (or novella), a full novel, several short stories, many shared giggles, lots of swag and a few pleasant surprises. hahahaha.

I've also taken on a pen name, Jane Douglas, for the purpose of writing for children. You'll certainly see "Jane's" debut short story, maybe even before the New Year, in an upcoming anthology for an exceptional cause.

Sinead, it's been an absolute pleasure talking to you and I wish you all the best in 2013 and beyond.

Thanks for inviting me, Wiz. It's been awesome. 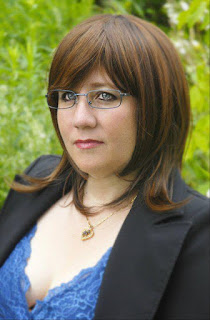 If you have a week or so spare, here are the many ways to contact Sinead.

Sinead MacDughlas is a Canadian writer whose main addictions are words, music and coffee. A recovered high school drop-out, Sinead has spent much of her adult life moving around the province of Ontario and working at various jobs, including: taxi driver, advertising graphic designer, library clerk, short order cook, industrial cleaner and retail product consultant for a chain of beauty salons. In November of 2011, she finally achieved a lifelong dream of being a published author.
Posted by Mark Barry at Saturday, November 17, 2012