An Interview with Mary Ann Bernal

An Interview with Mary Ann Bernal

It's been my pleasure over the past month or so to befriend the lovely Mary Ann Bernal, through the Independent Paperback Gift Shop.

Prospects for a friendship didn't look promising to start with - I kept calling her Mary (because of the absent hyphen) and after a few messages, she somewhat icily pointed out her name was Mary Ann.

Well, I apologised profusely - it was entirely my fault - but luckily, she laughed and we've had a blast just lately.

Unselfish, a fountain of knowledge, incredibly hard working, shrewd, talented, creative and a fireball of energy - most of her friends would agree there, but I've found her a real comedienne too!

Here's what she had to say to Wiz this afternoon.

Tell Wizardwatchers all about yourself. Where do you live? Do you write full time? Where are you from?

Hello Wiz. I'm from Omaha, Nebraska, the city I have called home for the past seven years.

While I was bred in Yonkers, New York, I was born on the Patuxent River Naval Base, which is located in the state of Maryland, and no, I am not a military brat since my dad did not choose a Naval career.

I was a member of the Civil Air Patrol during my teenage years, however, and was darn good at identifying enemy aircraft.  If one asks what do I do for a living, my answer is:  drum roll please - published author!!!

Not really hahaha - writer is the correct answer especially since that’s the occupation listed on my tax returns.

Did the move from New York to Nebraska change the way you think about writing? How did those two environments influence your writing?

During the years I lived in New York, I managed to fit in creative writing courses and workshops, dabbled in writing poetry and short stories, but that was all I was able to do because, putting it simply, I did not have the time to write.

Time was also at a premium when I first moved to Omaha, but conditions improved once I retired from the University of Nebraska Medical Center a few years ago.

I finally had the time to devote to writing my first novel, which turned into a trilogy.  However, neither state has had any impact on my writing since my stories take place in Ninth Century Anglo-Saxon Britain, and since Dark Ages documentation is rare, creative license works well for me.

Tell us about The Briton and the Dane: The Complete Trilogy. Beautiful cover by the way, if I may say so! 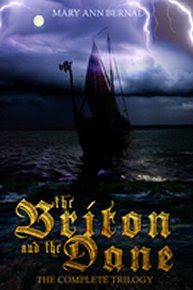 You may, Wiz!! hahah. I love this cover. My covers are designed by Steven Novak  - you can check out Steven’s work at www.novakillustration.com - shameless plug here, if that’s ok.

The Briton and the Dane novels bring to life the tumultuous ninth century when the formidable Vikings terrorized the civilized world. The epic adventure runs the gamut of deception, treachery, intrigue, and betrayal during a time of war and conquest in Anglo-Saxon Britain.

The Story of Alfred and the Cakes

You're well known as an intense and diligent marketer of your work. Tell us about the sites you use and how much time do you spend a day marketing your work.

Marketing is a full time job, but once the initial strategy is developed, following up is not as time consuming.  Initially, I spent almost three months doing research before establishing an author presence on author and book promotion sites.

Of course, a presence needs to be maintained on all social media pages, such as Facebook, Google+, Twitter, Blog, etc., and you must keep abreast of the new kids on the block, such as Pinterest.


Setting up one’s profile is time consuming, but once that’s done, you can concentrate on just monitoring the posts.  Since I am an extremely organized person, time management is not an issue.  I have tried different combinations of breaking up the work day, but what works for me is wearing my marketing cap in the morning and my writing cap in the afternoon.

How did your Anglophilia and liking of The Dark Ages start?

After reading Sir Walter Scott’s “Ivanhoe” in the tenth grade I was hooked.  Then along came great Hollywood epics such as “Knights of the Round Table,” “Prince Valiant,” “The Black Shield of Falworth” and “The Vikings,” to name but a few. Add to the mix “Camelot” and an incurable romantic Anglophile was born!

Star Trek - the original series, and Captain James T. Kirk, of course.  Captain Kathryn Janeway of Voyager is a close second - a commander after my own heart.  I did serve with Captain Janeway on a mission to Las Vegas, and we did have a photo shoot with the crew before everyone was reassigned - documentation is available on my Pinterest Board.

And since you forgot to ask, my favorite James Bond is Daniel Craig, but before he came along, it was Roger Moore - and yes my drinks are shaken and not stirred.

I'll agree with Roger as the best Bond Mary Ann, but Daniel's a bit, well, crude, isn't he. A bit of a thug. I'd have to go with Sean as number two.

Here's the original 1974 trailer to second best Bond film ever...

Roger Moore: Bond #1 The Man with the Golden Gun

This is Wiz's trademark question, Mary Ann. You are to be marooned on a desert planet for crimes against the Federation. As the Federation is a kindly dictatorship, you are allowed Three books. 2 CD's and one DVD. What would they be?

Does The Briton and the Dane trilogy work?  Ok, that’s cheating I guess.

and “The Daughter of Time” by Josephine Tey. 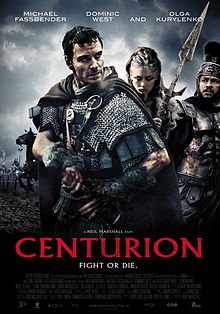 Capricorns or Cancers? Who makes the better writer and why?

According to the astrology profiles, Capricorns are ambitious, enjoying structure, planning and hard work to attain goals and financial security while Cancers are deeply emotional on the inside, but smooth and confident on the outside, and both signs are strong willed.  That being said, it’s a crap shoot in my humble opinion, and if I were a betting person, which I’m not, my money would be on...

...will consider my answer carefully while I’m marooned on the Titanian desert, which means I must be rescued, right?

You're guaranteed to be rescued ma'am hahaha. Anyway, before that, which historical figure would you like to go to dinner with? What type of food would you suggest?

Julius Caesar, and anything Italian works for me.  Second choice would be King Arthur, but since he is a legend, he may not count, which is why I said second, but if I can have seconds, then dinner comprising roasted meat with Yorkshire pudding is called for, washed down with caffeine-free diet coke.

Do I get a third choice?  So many to choose from like Charlemagne and Alaric II, but Spartacus comes to mind.  You have to admire this slave who wreaked havoc with the mighty Roman Empire.  Foods of choice...when in Rome...

I've noticed several references in your previous interviews to this niggling, neck and neck clash between your love of Italy and England! I do hope the Green and Pleasant wins over hahaha. Failing a decision, what do fans of Mary Ann Bernal have to look forward to in the coming year?

“The Briton and the Dane: Concordia” will be launched in early 2013.

Mary Ann, it's been a pleasure. I'm sure all Wizardwatchers will wish you the very best of luck in your writing career.

Thanks great Wizard for having me stop by.  You and your followers are welcome aboard my starship whenever you wish to beam aboard - just send Scottie your coordinates.