An Interview with Leah Crichton

Earlier last week, I expressed a wish to an old friend of mine, an emigre to Canada, to interview a Canadian writer.
Like many people, I'm a big fan of the Vast Country and I find Canadian people absorbing, honest and yet, off the wall and fascinating.
Hey presto, Mary Ann put me in touch with Leah Crichton, from Calgary, who specialises in Young Adult work and is developing a strong reputation. I've never spoken to her before, but I learned plenty about her here. She spoke to Wiz at length on the Wizphone all the way from the West Coast of Canada...

Hiya Leah, thanks for coming over. Tell us a bit about yourself. Where are you from? How long have you been writing? Do you have a job?
Hello (bonjour)!
I’m a 32 year old happily married mom of three. I was born and raised in Alberta, Canada. Currently I reside in the bustling city of Calgary.

Calgary Amidst the Vastness

I’ve been writing for as long as I can remember. My parents were teachers and my dad was also (at one point) a best-selling author. I grew up thinking everyone’s dad wrote a book. It seemed like the natural thing to do. When I am not writing, I work in the field of GIS (Geographic Information Systems). I make digital maps from a database that stores geographic information to show the spatial relation to other mapped objects.
It’s a very technical job so I think it spurs the creative side needed for writing even more. Not sure if I were say, a graphic artist, I would have as many ideas for stories.

What do you write about and who is your target audience. Why did you choose this area? What type of writer are you? 2,500 a day? Or a mad midnight binge merchant?
I write YA both paranormal and contemporary. I didn’t choose the area… it chose me. No joke. Once my kids were no longer infants, I began taking writing more seriously. I was going to be the next Sophie Kinsella and pen a bunch of witty chick lit novels.
Only problem was, I could never ever finish them. When the idea struck me for Amaranthine, the protagonist needed to be a teen girl. I honestly didn’t really plan it that way but that’s how it worked out.

I am the full time working mom type of writer. I write whenever I can find the time. I do try to write something anything at least once a day to keep my mojo going. It really depends on the day! Sometimes that could be 2,500 words, sometimes it’s no more than a paragraph. I often find myself writing on the notepad app on my iPad or iPhone when I am on the train to and from work. Thank God for technology. J

Tell us about your latest project?
I just completed my second novel called     "Celebrity Status".

It’s a boyband story and the first in what I hope will be a decent series. The first book is about Sebastian, the lead singer. His band, “Bach’s Revenge” wins a contest for a record deal. The book is about his struggle with landing the girl of his dreams while dealing with a sudden onset of fame.
I am about a third of the way done the first draft of book two. But that’s a work in progress.
Amaranthine, your current work, is 91,000 words long. Thank you. It's nice to meet another writer of long books? There is a big debate going on at the moment about length. Have you been advised that this is too long for e-books?

Amaranthine is available on kindle so if someone advised me it was too long, I’d be inclined to advise them that their information is wrong. Maybe I’m not enough of a social media buff but I hadn’t heard there was any debate.
I agree with you. Books can't be long enough, Leah!!  Does living in Canada influence your work in any way?
Amaranthine takes place in Vancouver, British Columbia. So in that way, it most certainly does. My characters are Canadian. There have also been instances where beta readers question my vocabulary or spelling. What is a parkade? Why did you spell it favourite and not favorite, neighbor vs neighbour? Also a big difference since I’m writing YA is the legal age to drink. My characters can consume alcohol at 18 years old. I’ve had some readers question why they are underage drinking, but by my standards, they are not doing anything wrong.
Who are your influences as a writer? How do they influence you?
My dad. I thought he was cooler than batman. But also some amazing YA Authors out there: Sarah Dessen, Cassandra Clare, Simone Elkeles, Suzanne Collins, Becca Fitzpatrick. I suppose they influence me by my efforts in trying to be as good. When I read the Mortal Instruments Series and the Hunger Games, I just couldn’t stop reading. And when the last page of the last book was finished, I immediately wanted to write. To see if I could even touch on these authors abilities to bring words on a page to life.

One Direction are massive in the UK and the US. You've met them. Tell us about that.
I haven’t actually met them.
Oh, sorry about that!
That's okay!! Their schedule was filled with taking the world by storm. But I wrote a short story for them. It’s the “official Fan Fiction of One Direction.” It was slated to coincide with the North American release of their video for What Makes You Beautiful. The project was successful and prompted something like 1200 new Fan Fictions on the site where it was posted by teen authors.

I found your story on Wattpad. I think Wizardwatchers will love it!
Leah Crichton/One Direction - What Makes You Beautiful! (Wattpad)

Speaking of vampires, you are to be trapped in a strange Carpathian castle for infinity. You are allowed three books, two CD's and a DVD, Leah. What would they be?
This is a tough question books wise.
City of Bones by Cassandra Clare, Renegade by my friend J.A. Souders, and any one of the shopaholic books by Sophie Kinsella. 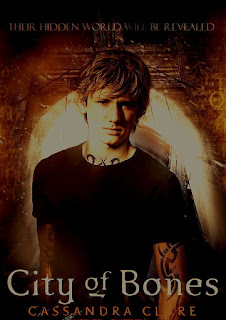 CD’s would have to be Masterpiece Theatre by Marianas Trench and Dear Agony by Breaking Benjamin.
Breaking Benjamin in Rehearsal
DVD - Good Will Hunting.
Cronenburg or Lynch: Who's the finest Canadian film director? What is their best film.
Cronenburg. I think Lynch is American born, isn’t he? (Is he? Ed.) We are talking about the David’s, yes? I say Cronenburg because I remember watching “A History of Violence” and then going to bed. That night, dreamed that my husband (who is mild mannered and kind) slaughtered a bunch of people. I woke up in a cold sweat, my heart thudding so hard I thought it was going to make a break for it. Honestly as an adult, no movie has ever caused me to have a terrible nightmare. That takes talent so the award (in my humble opinion) goes to Cronenburg. However Lynch gets honorable mention for Lost Highway.
Wiz Notes: Great film choices, Leah. I bought my friend Clive, a great fan of the blog, AHOV for Christmas one year. He didn't like it much. I'm pretty ambivalent about it, particularly the boring talky bit in the middle. If I was going for Canadian films, which are generally brilliant, I'd have Shivers, by DC - absolutely madness, Videodrome by DC, Mulholland Drive, by DL - and Out of the Blue, Dennis Hopper's (RIP) comeback film in the mid-eighties. Four great gifts to the world by Canadian filmmakers.

This has been great fun talking to you, Leah. Tell us: What do fans of Leah Crichton have to look forward to this coming year?
I don’t know. I’m a fly by the seat of my pants kind of girl. My WIP will likely be completed. I have a few ideas I’ve jotted down recently for more. As for publication, I just don’t know what the future holds, but I can promise you one thing. This is going to be a great year… I can feel it.
Leah, it's been fun! Wizardwatchers wish you all the best in the coming year and all the best with your current work.
Thanks Wiz! Loved it. 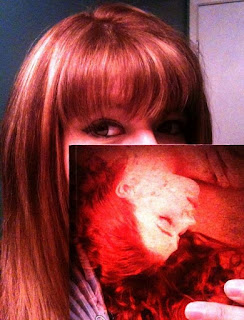 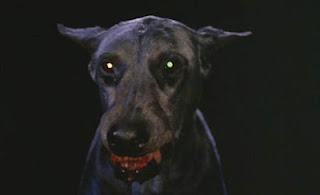