Toi Thomas Tells All About Her New Direction...Around The Cauldron! 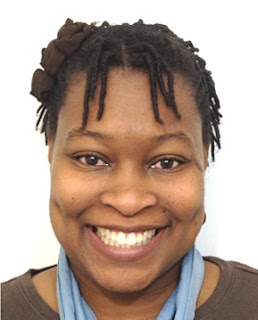 In the last Wizard's Cauldron interview of 2015, old friend of the site, Toi Thomas talks to me about a new direction she's taking.  We've been talking for years on and off and I'm delighted to be given the opportunity to interview her once more.

Toi is better known as a popular fantasy author (the Eternal Curse Series), but this year, she has written her first chicklit novel under a pseudonym.

I caught up with Toi in the not-so snowy wastes of Williamsburg, Virginia (thanks to El Nino!) and asked her to tell us all about it: Here's what she had to say.

Welcome back, Toi – tell new Wizardwatchers about yourself
Well now let’s see… I’m Toi Thomas and I’m a bit of a geek who loves comic books and vinyl records, but I’ve slowly developed a multiple personality who’s ready for her chance to shine. Oh, and I’m an indie author and blogger.

Whereabouts in the US are you from? And is it snowing yet?
Yes, here on the Eastern Seaboard of the U.S. the temperatures are starting to drop but not by much. We should be approaching winter, but I feel like autumn has just begun. I’m currently living in Virginia, which for most people outside the U.S. is the land of “Colonial Times”. I still can’t believe how many international tourists come to Williamsburg each year.

In what genre do you write? And who are your big influences?
Well, as Toi Thomas, I mainly stick to the speculative genres, my alter ego is a bit “softer”. I love sci-fi, fantasy, and paranormal; I even sneak in spiritual and religious elements into some of my work. I have a feeling though that some of the new works I’ve planned for the years to come will catch people a bit off guard.

As for influences, I’m influenced by everything around me to some degree. J.M. Barrie is the author who first interested me in writing stories as a kid when I penned my own tails of adventures as a lost boy.

More recently though, I’ve developed an eye for creativity that inspires me to be a better writer. I still think Erin Morgenstern’s Night Circus is fuelling much of my fantasy creativity.

Tell us about your latest work.
Toi’s, I mean my, latest fantasy work is still in the WIP (work in progress) phase. I’m also working on the third book in my Eternal Curse series, while giving the second one a touch up, just because I can. But to be perfectly honest, I haven’t been up to much. My alter ego has been though. She’s been occupying much of my mental capacity for the last six months in preparation for her first release. 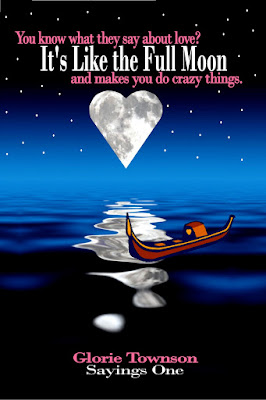 It’s Like the Full Moon (Sayings 1) is a contemporary story with a slightly humorous and very realistic approach to friendship and this modern thing called “love”. It’s an adult story that’s very sweet but also a bit neurotic- you know, just like real life. And there’s even a love triangle.

"Rebecca has just turned thirty. She’s happy living a perfectly comfortable and predictable life. She’s even ready to marry her long-time boyfriend whenever he finally gets around to asking her.


But all that changes when her best friend whisks her away to Italy for a much-needed vacation.
In the midst of site seeing and finally letting loose, Rebecca manages to catch the eye of a young English tourist; but doesn’t let it go to her head. By the time she’s back in the states and back in the arms of her long-time beau, Rebecca has already forgotten about Peter, Paten, Paul…whatever his name was, that is...
...until he shows up at her brother’s cabin in the woods.
A life of normalcy, routine, and stability gets turned upside down as Rebecca decides whether or not she’s truly ready to get married. And if so, who is the one she’s really meant to be with?"

Is this a romance book? Why romance?
Yes, this book is basically a romance. Some might call it Chick-Lit, but two of my husband’s friends said they liked it. One was disappointed that there were no steamy parts… Oh well, can’t please everyone. (ha ha...Ed)

I don’t naturally lean toward tales of romance unless a galactic battle, vision quest, or hero trial is somehow involved, but my softer side decided to show me just how wonderful romance could be. In all honesty, I wanted to write something purely romantic to prove to myself that I could do it and still be myself afterwards.

For the most part that’s true, even if I am able to embrace my girlie side a little better now that I’ve written this book. I’m still not down with make-up and nail polish though; it’s just not my thing.

I understand this is going to be a series. Does that mean your fantasy work is taking a back seat?
Yes and no. I do have to alternate where my attentions lie a bit in order to do justice to the gene at hand. I have several speculative works that I’ll be diving into after the official release of this book, which means the sequel for this will have to wait a bit, but too long. I already have a few people hounding me to deliver them closure for the character’s who are just beginning their journey at the end of Sayings One.

You have written this under a pseudonym. What’s the logic behind that? And what are the pros and cons of pseudonyms?

I guess you could say Glorie Townson is a pseudonym; she is technically me. At the very least, she is my contemporary romance muse. The decision to give my alter ego, my muse, a name and persona for the sake of publication wasn’t easy. I sought advice from many friends and fellow authors with the results being inconclusive. Many thought it was a great idea and others feared it would cause confusion.

So far, I’ve found it to be the right decision and a lot of fun for three basic reasons. People who know that I’ve published speculative works in the past have been able to process this new side of me without concern for whether or not it will work. If Toi Thomas had all of a sudden started publishing romance, I fear many would have scrutinized and compared my works unfairly.

My speculative fans have a chance to continue enjoying the work of Toi Thomas without worrying about whether the genre content will be weakened.

Fans of contemporary and romantic fiction, who’ve never heard of Toi Thomas because they don’t read speculative fiction, aren’t concerned about whether or not genre mashing will sneak up on them. All they know is that this new author Glorie Townson has a new treat for them.

For now, the only con to this process is that I might be going a little crazy, but it’s a good crazy so I’m not worried. Plus my husband gets to have Toi and Glorie- that lucky joker.

How has the world of Indie changed since we first met? If it has changed, has it changed for better or for worse?

The book industry is like the music industry, Indie is the heart of it and it’s always changing. For me, the indie industry has gotten better, but some of that sentiment may be due to the fact that I’ve learned a lot and have matured as an author and blogger. However, just because things have gotten better doesn’t mean it’s gotten easier. With Indie slowly making its way into alternative-mainstream, being an indie author means more hard work and determination ahead.
Indie authors are no longer widely looked upon as writers who couldn’t make with the Big 5. People are starting to realise that there’s only so much space, time, and money available to big publishers for investing in new authors and realise that in order for ideas and creativity to survive, Indie must thrive.

There are so many new opportunities, some better than others, for indie authors and new and supportive communities developing daily. I think this is a great time to be an indie.

Do you spend much time on Pinterest? Is it a boon for authors or is it one of those (sometimes delightful) wastes of time? 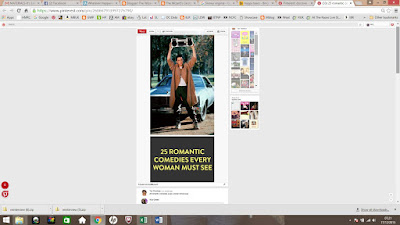 I have a love-hate relationship with Pinterest and yes I spend a lot of time there. On one hand, it really is a wonderful creativity boost and can even aid in organizing and visualizing ideas and plot points. On the other hand, every now and then something super shiny and cool pops up on the screen, you lose your whole train of thought, and three hours later you realise that you forgot to eat dinner and need to go to work the next morning.

In any case, I still love it. I enjoy piecing together story boards for my books (check out this one for Eternal Curse: Giovanni’s Angel) and even like to get social with it. Right now, I’m allowing anyone who wants to contribute to my #itslikethefullmoon board access to help celebrate the crazy things people do for love. All they have to do is message me and ask. 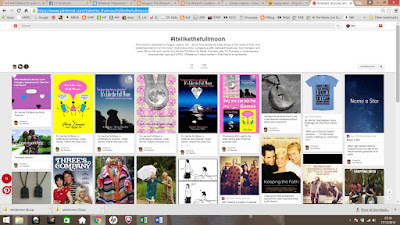 What’s been your favourite moment of 2015? Has it been a good year for you?
Oh man, 2015 had been a delight compared to my 2014. So much has happened and I’ve been very blessed. In 2015 I got to attend one local Con and one mini Con. I Joined some really cool social and author groups that have made all the difference.

And I had a really cool 35th birthday (yeah I printed that on the web- I’m ashamed of my age).

b)      Your favourite TV show this year- Daredevil on Netflix.

c)       Your all time favourite book- The jury is still out on this, but I’m currently loving the Spellbringer Series by Tricia Drammeh.

d)      The best film of 2015 according to Toi- So many to choose from, but Mad Max Fury Road still pops into my daydreams.

And finally, what next for fans of Toi Thomas
I have many things planned and some it’s too early to giveaway, but for just know that a brand new fantasy/sci-fi adventure is coming that takes place on another world.

Eternal Curse will receive one, possibly two, new and final instalments, and according to Glorie, the Saying Series is just beginning.

Toi,  it's been an absolute pleasure to talk to you once more and I wish you all the very best with your new romance venture.

This book is currently available for Pre-order as an ebook through Amazon.com and as a paperback

direct from the author. Be sure to pre-order your copy at its reduced introductory rate and save your receipt number to earn extra entries into Glorie's cool giveaway.

TAKE THE QUIZ: WHO WOULD YOU BE IN A LOVE TRIANGLE?

Who were you in the love triangle? Share at the giveaway link below for a chance to win a $5 gift card.