If I had a fiver for every person I've spoken to in the past year who has said "Marky, you ought to have that Lynn Gerrard around the Cauldron," I would now have a tidy sum in my wallet instead of holes and fresh air, so, as the second part of my poetry special, I girded my loins and got in touch with her and was delighted when she agreed to come round.

As we discussed last week during Sue Lobo's fantastic interview, after years on the fringes of the fringes (of even those fringes), poetry is making a big comeback on the scene.

Lynn writes - her new book has been well received - blogs extensively, and most excitingly, performs live poetry, which takes some proper bottle.

An extremely funny woman and a talented wordsmith, it has been a pleasure to meet her this week. I caught up with Lynn  on the Wizphone backstage as she prepared for her most recent recital somewhere in the rainswept north of England - here's what she had to say.

Tell Wizardwatchers a bit about yourself, Lynn?

Well, as it says in my author bio “I’m a serial worrier who survives mostly on a diet of chocolate and finger nails!”

I’m also fortunate enough to be married to the long suffering Michael, whose naturally calming nature always manages to soften the more fiery aspects of my own and we live together with our 6 year old blind and boisterous Jack Russell, Ralph, who rules us both without contrition.

Whereabouts in Britain do you live? And is it a hotbed of Odesmithery?

I live in the northern town of St Helens, Merseyside, home to the famous Saints rugby team, Pilkingtons Glass, Beechams Pills as was, Johnny Vegas ( who I used to work with aeons ago in the catalogue retail outlet Argos) and other fine fellows of both industry and entertainment.

As for a hotbed of ‘Odesmithery’, I would certainly say that poetry is raising the temperature with its ever evolving and increasing presence in my hometown.

Indeed, The St Helens Arts Council Service is actively supportive of all art forms and most recently, I am delighted to say, I have been asked to perform my poetry in our main local library, in October this year, in front of an audience (certainly beats chanting my odes in the shower and scaring the neighbours! Not that we shower together ‘cos that would be plain weird….even for me!!).

That  would have to be Spain’s highly acclaimed poet and dramatist Federico Garcia Lorca. Such a fascinating and tragic individual. 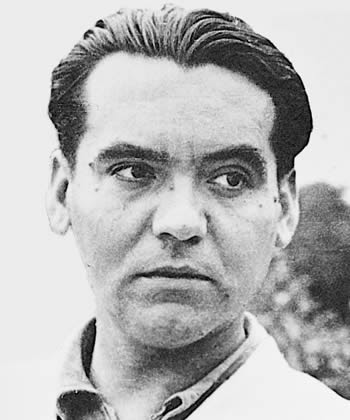 One of the things that appeals to me with Lorca is that despite a relatively wealthy background he remained in tune with the earthier side of life, Flamenco and Gypsy culture themes being  most prevalent throughout his work. I love the passion he displayed for his art and how he used that passion to connect people with the other. Sadly, Lorca was one of the victims of the Spanish civil war and was arrested and killed without trial by supporters of General Franco in 1936. Needless to say my most favourite poem is by Federico Garcia Lorca, titled

Tell us about your latest collection of poetry.

Well, it’s no secret that I do so enjoy exploring the darker side of man’s psyche, all those little cobwebbed corners of the mind where our demons lurk! However, I also lean towards humour, social commentary and the more poignant aspects of the human condition and so I’ve included a little bit of each in this book in the hope there’s something for everyone 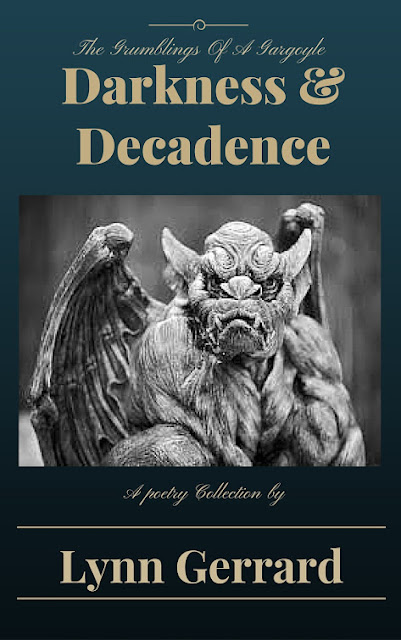 .Com Readers BUY HERE
Can we have a sample?

Is that really necessary? Ahhh of the poetry? Yes, of course!
This is ‘Generation Text’, written because these days I feel we tend to spend more time in the virtual than the physical.
It’s also a nod towards the predatory side of social media.

You know what it’s like. You’ve chatted to someone a couple of times and thought nothing of it whereas they’ve been scrolling down your timeline, scanning your friends and relatives and anyone else they fancy inviting to the wedding! 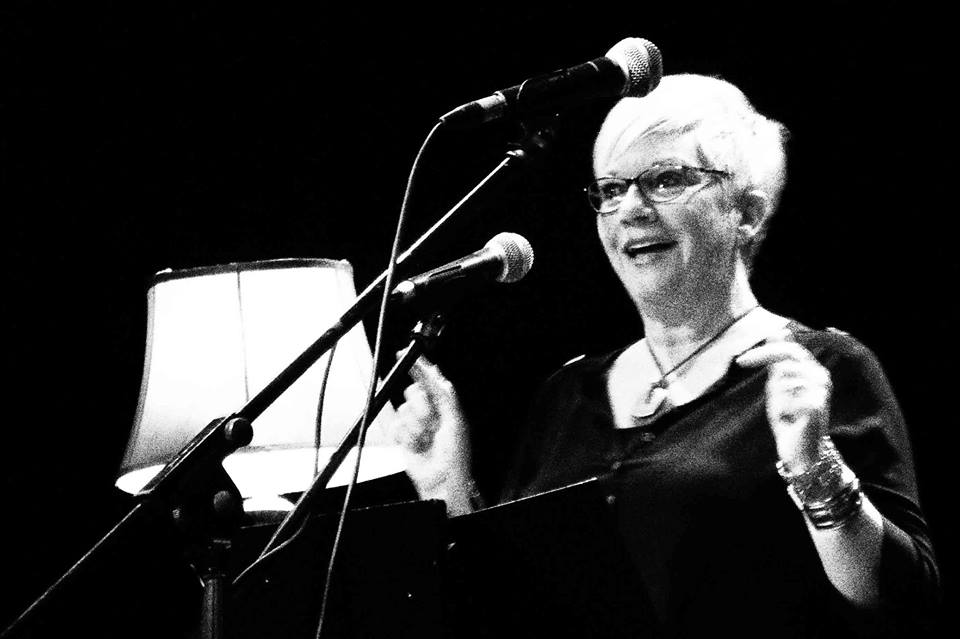 You text me that you loved me

I should've seen it coming

You wasn't that discreet

And didn't bother to Re-tweet!

Now you've gone and blocked me

Well isn't that a corker?

I thought that I was special

You 'Liked' the way I look

According to the little hand

It's now become my mission

To see you face to face

There's nowhere I won't search for you

( I may be mental but I do have standards ).
Do you still have your first poem anywhere about?

Not my first poem ever, but the very first poem I wrote at some length, after discovering the advantages of social media for airing one’s stuff, can be found on my blog,

"The Grumbling Gargoyle’ and it’s called ‘Ritual. I’ll let the poem speak for itself, if anyone fancies having a little peek. 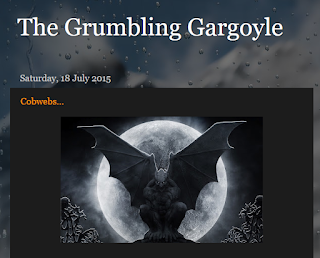 Where can fans of Lynn Gerrard see you perform?

Hm...well, failing the wine section of my local supermarket, I can be found in numerous places. Most recently I appeared at a local arts theatre in my home town, for the launch of my poetry book, Darkness & Decadence, where I performed some of my poetry infused with slivers of humour.

I did similar at the Nexus Arts Cafe on Friday night as part of the Great Manchester Fringe Festival and then in October I’ve been asked to do my thing at my local library, which I’m looking forward to, especially seeing as it will be autumn, so it will be dark and dank outside AND I’ll be surrounded by books! *air punches*
What’s this thing you have about gargoyles? And tell us a bit about The Grumbling Gargoyle.

I find the history of the gargoyle fascinating and the myth of these creatures even more fascinating. From projector of water to protector from evil, how splendidly versatile! Architecturally, I think the gargoyle is a magnificent complement to any building, ceaselessly serving to catch and inspire the imagination of all who dare to glance upwards!

Let’s face it, as a Gargoyle I can fly, I can lounge in my Gutter with my pigeon pals and I can grumble accordingly, which just happens to suit my own nature perfectly! Psychological assessment would probably point to my releasing the inner child, well, why not eh?

Some of  those who have seen my avatar on social media, will themselves grumble that, due to my not having a spout, I am but a Grotesque and not a Gargoyle!

I am aware of this, however, ‘Grumbling Grotesque’?...nah...sounds like someone I went out with years ago!

Ha ha ha ha. What is your favourite a) Book? and b) Film?
Favourite book? Wow, that’s a hard one! (no, that’s not the title). There are many but I’ll pluck just one for the sake of this chat.

The Necroscope series by Brian Lumley sits highly amongst the favourites. Whilst I have always been a fan of horror, Brian Lumley’s interpretation of the vampire took the delicious monstrosity to such ingenious levels which, in my opinion, no other has managed to equal thus far.

For me, the hideous beauty of Lumley’s vampire lies in it being as detached from the syrupy, sparkling, ennui infected, love lost invention of a young girls fantasy, as could ever be considered!

Brian Lumley’s vampire is raw, vile, psychosexually disturbing and evil in ways only the most debauched ( yet never vulgar) amongst us, could imagine. So yes, that’s the book for me!

Favourite film? Once again I’ve a couple in mind but it’s ‘Scrooge’, 1951 version with Alistair Sim, that gets my vote. I’ve watched this Dickensian feast so many times, I can feel the onset of rickets!

I certainly don’t dislike the man. I feel his style is often copied and rarely matched but then again I’ve never understood the mindset of people who would rather attempt to emulate a person’s style rather than develop their own. Yep, he’s a good ‘un.

What’s next for Lynn Gerrard?

Beans on toast with a runny egg and plenty of tomato sauce, methinks!

As for my writing, I’ve been trying to multi-task and thus discovered new depths to my ineptitude so, I’m learning to concentrate on one thing at a time. Currently I am working on a play.

The play came about due to my being involved in a ‘Stand Up To Stigma’ project last year, a campaign which used comedy to encourage an awareness and better understanding of mental health issues with the ultimate aim of reducing discrimination and stigma in society.

Consequently, the whole purpose of my writing this play is to help perpetuate the aims of that project.

I’m more than pleased to say that I have recently been awarded a grant from the Heart of Glass, which is linked to the Arts Council here in England and this will help me develop all aspects of the play through to production.

So, other writings of mine have had to be put on a back burner for now...I worry that one day they’ll end up being wafted over a bunsen burner!

Right then, I ‘spose It’s time for me to flutter off. I’ve an evening of procrastination planned and I’m reluctant to miss it. May I just say before I vanish that it has been a delight to sit and chat with you awhile.

Thank you so much for allowing me to get my feet up by your cauldron...we may even have tiffin in my Gargoylian Gutter one day, obviously I’ll check in advance to make sure you’re not allergic to anyone.

Thanks for having me….bye for now. 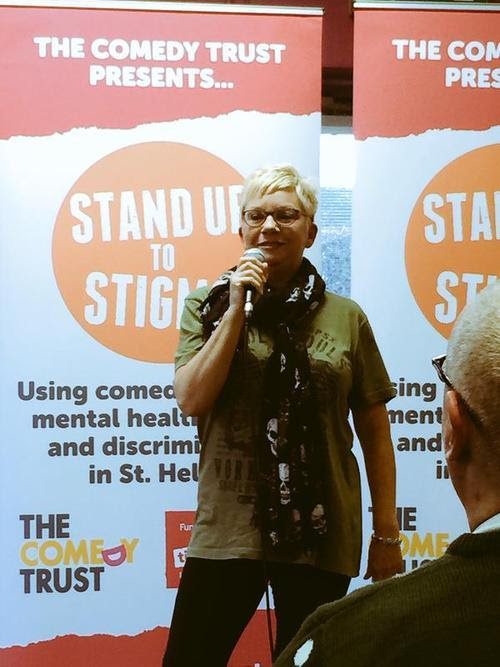 Before you rush off for your eggs and beans...where can Wizardwatchers connect with you?

I can mostly be found via the usual social network mediums:

Lynn, it's been a pleasure. We wish you all the best for the coming year both with the book and the performances!

Next week: Brenda's back with her new anthology - LAPunkRocker 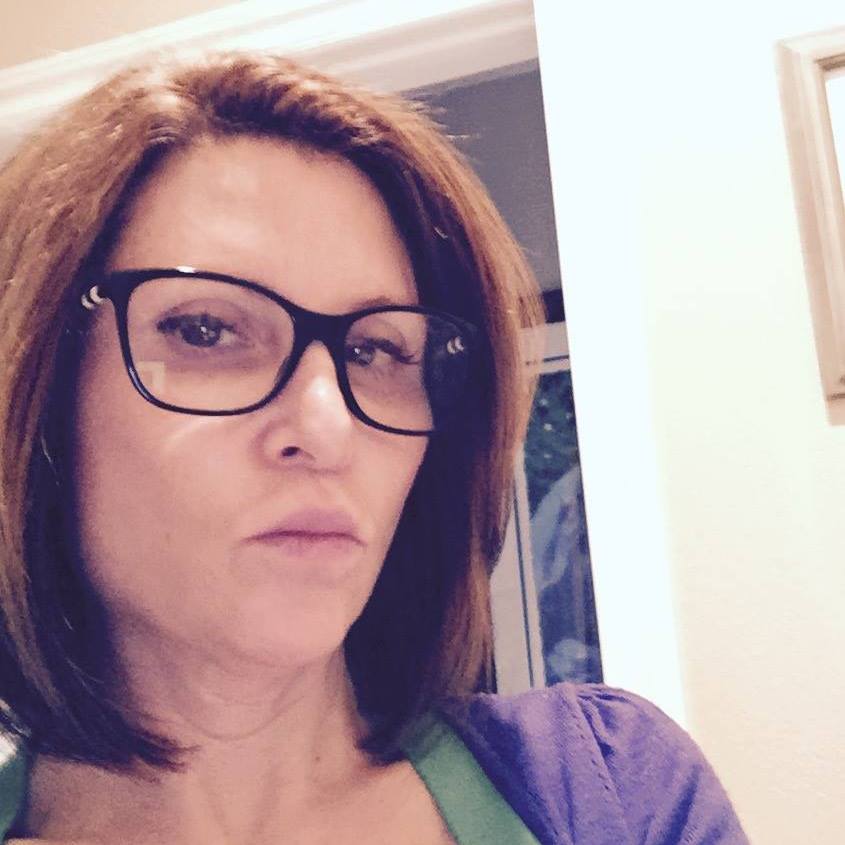