A Peach of a Romance from Kennedy Ryan...back around the Cauldron! 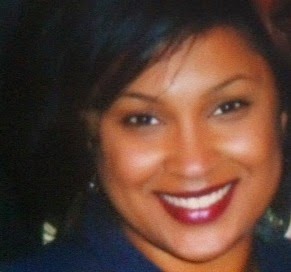 Welcome to the first Cauldron interview of 2015 and with us today is Kennedy Ryan, who is just about to release her third novel, the final part of a trilogy of romances - with a difference.

A good friend of mine and supporter of the Cauldron, not only does Kennedy write clever, intricate, eloquent romance, she is also a passionate supporter of kids with autism and other spectrum disorders.

A resident of delightful Atlanta, Georgia (the land of Peaches; where it does snow, as you will see, and not everyone spends the weekend sipping mint juleps and reenacting battles from the Civil War), I caught up with Kennedy on the Wizphone just after she had completed yet another of her superwoman days, which, quite frankly, knacker me out just thinking about them.

Hi, K. Tell my new readers about yourself.
Hi Wiz. Great to be back! I'm a wife and a mom, first and foremost. I write contemporary romance and women’s fiction, and published my debut novel through Grand Central/Forever Romance in June. In addition to writing, I also founded and run a foundation serving families living with Autism. Our son was diagnosed 11 years ago, and I’m really passionate about the ASD community.

Whereabouts in the US are you from? I live in Atlanta, Georgia! Also known fondly as Hotlanta. I’m not sure if we’re called that because of our weather or our famous strip clubs. Maybe a little of both…

Does it ever snow there? Do you have a sledge?
It snows sometimes, but not often. Last year when it snowed, we infamously had people stranded on the interstates for hours, sleeping in their cars and out of gas because the snow paralyzed the city so badly. So we wouldn’t be what you’d call experts at it!  Hopefully we learned our lesson!

And I do not own a sleigh, but we have been known to flip a storage container lid and take to the hills when it snows.

I heard that big coats are difficult to find in the beautiful South and you have to travel to New York and such to buy them, in case of snow. Is that the case? No, that is not the case. We have heavy coats in department stores all over. Also, we do not all sit around sipping mint juleps or spend our weekends re-enacting Civil War battles. In case that was also a rumor! LOL

Where else in the US would you like to live? I quite fancy Portland, Oregon
I would definitely choose New York. I love the energy of the city, the infinite cultural opportunities, and the pace. I could live there temporarily. My best friend moved there and lives right on the Hudson. What a view!

Tell us about your latest work?
My next book, releasing Feb 3, is the final instalment of my debut trilogy, The Bennett series. It’s called BE MINE FOREVER and follows the odd man out of the love triangle books 1 and 2 created. 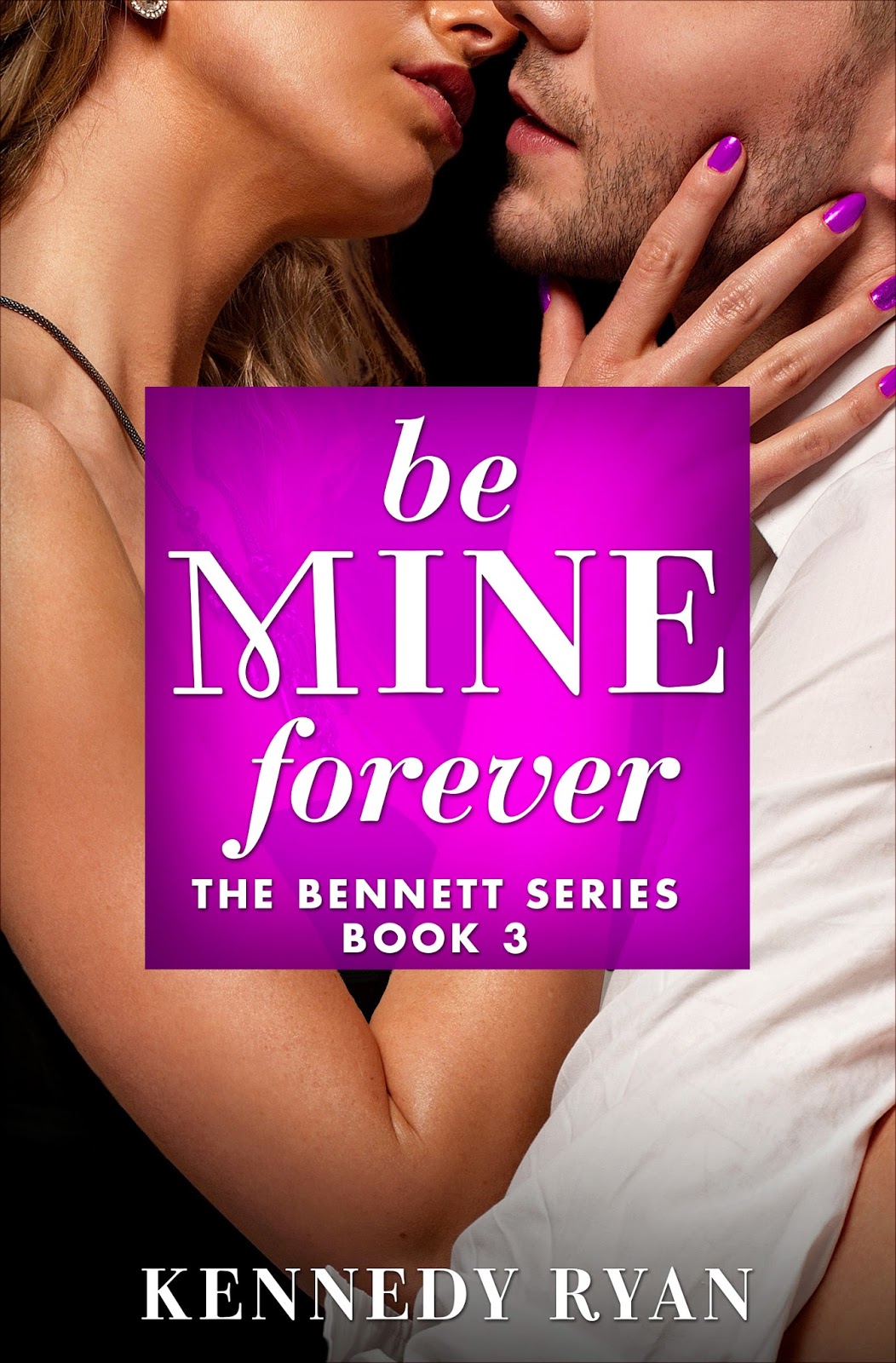 I love the hero, Cam, who is an artist. He suffered sexual abuse as a child, and it definitely affects him as an adult. This story digs into those effects and how he exorcises those demons…and of course finds love! 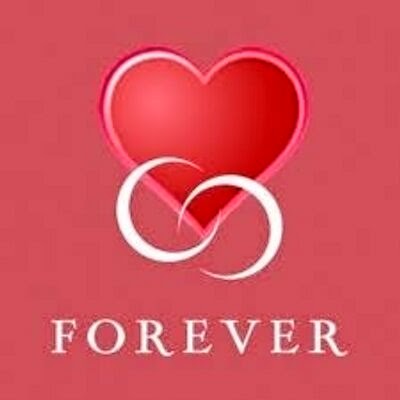 You work for a publisher. How did you get involved in that?
My story is somewhat unusual in that the first publisher I ever pitched to bought my book. I joined a local organization for romance writers, and for their conference, they flew in several agents and editors from New York and all over. We scheduled appointments to pitch our manuscripts. I had never pitched before, but I do quite a bit of public speaking, and pitching just felt really natural for me. I don’t remember being nervous, but excited and passionate about sharing my story with someone other than a cousin. LOL!

I pitched to an agent, who requested the full manuscript. Maybe 20 minutes later I pitched to an editor from Grand Central, and she also requested a full. I signed with the agent a few months later, and the editor acquired my book in a 3-book deal not too long after that. I had only joined the organization a few months prior to the conference, and had only finished my book a few months before. It was a little bit of a blur! But one I’m very grateful for.

Is there a physics-defying infinite demand for e-romance? Or is the chocolate box full to bursting?
I see a huge demand for romance in general, obviously. Strictly from a sales perspective and a genre slice of the pie, romance is killing it. As far as the “e” part of your question, based on studies, more folks still prefer paper backs, though the groups and circles I spend the most time in, Kindle rules! I think self-publishing has obviously changed the landscape significantly. It feels like everyone and their grandmother is writing romance novels these days! The early success of some of the self-pubbers who really made a splash opened floodgates; empowered and encouraged folks who might have felt shut out of traditional publishing that they had a chance. Deserved a chance.

The market feels a little saturated right now, and to me, it feels like I have to dig through a lot to find real gems. It’s good, though, because I think it pushes us as authors to write better stories, to be more strategic about reaching our audience. There are so many options, you better make yours the best it can be.  And overall, I think it has drawn us as romance writers closer, where it could foster a sense of competiton. I have a strong sense of community with all the writers I encounter. We are always looking for ways to help one another. It’s kind of awesome.

You are an active campaigner for Autism and Spectrum Disorders. What would you like your work to achieve?

The mission of my organization, Myles-A-Part, is to provide financial and emotional support for families living with Autism. We have 3 anchor programs.

One focuses on preserving marriages in crisis for couples raising children on the spectrum. Marriage is tough enough. Doing it in the pressure cooker that is Autism – even harder.

We sponsor a holiday program which assists single parents raising ASD kids at Christmas, and we have a scholarship program that assists with medical and therapy costs for families who have trouble affording services for their kids on the spectrum.

I created this organization, to be frank, because of the incredibly challenging time my family experienced. My son was diagnosed on a Thursday and the next day my husband lost his job. We really spiralled financially, emotionally, relationally – in every way that could affect our little family unit. I said from the beginning if I can assist even one family experiencing any of the difficulties we did, then mission accomplished. 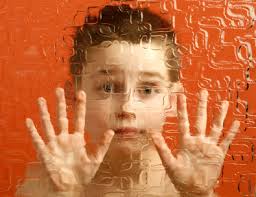 What do you tell your friends you do for a living?
More than they do! LOL! When I tell people all the things I juggle, their eyes cross and they need a nap. Between raising a special needs child and managing the insurance, therapies, waivers etc…that go with that, running a foundation and freelance writing, by the time I get around to saying, “Oh, and I write romance,” they’re just like…when do you sleep? My answer is that I don’t. Just kidding…kind of. LOL!

What a) CD are you listening to b) Book are you reading and c) TV show are you watching.
I have a Spotify playlist for my upcoming novel on repeat. Every time I have a moment, I listen to it. My hero has a love for the oldies like Al Green, Marvin Gaye and Bill Withers.

And those gritty, soulful oldies sit right alongside Florence + The Machine, Justin Timberlake, Ray LaMontagne, Kendrick Lamar - my favourite hip hop artist right now – and many more. It really reflects my rather eclectic listening habits, as well as the story. Music is a huge factor in my writing process. It’s a great list, if I do say so myself!

I am reading an ARC by one of my favourite writers, Claire Contreras, called Kaleidoscope Hearts. It is excellent! 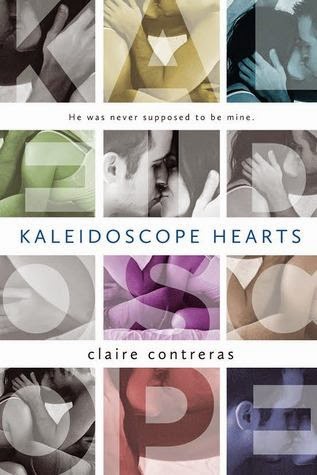 My shows are all on winter hiatus! I allow myself about 4 hours of TV a week. Some of these rotate off when another rotates on. Hubby and I just binge watched House of Cards on Netflix over the holidays. Can’t wait for that to come back!

I watch SCANDAL, Vampire Diaries and VIKINGS. I recently started watching DVR-d episodes of Gotham and EMPIRE while my shows have been on winter hiatus. Both good layovers! And believe it or not, I just did a mini-marathon of vintage Sex and the City. Cannot believe that was 15 years ago and the clothes STILL rock! LOL!

What is the one major thing in your life that has changed since the last time we spoke?
I’ve written 2 more books! J I think the most major change is inside of me. It’s still happening actually. I DID blog a few weeks ago. It was entitled “Life Is But A Dream…Is A Load of Crap.” Basically confessing how I approached this opportunity to write on the initial all wrong. At least all wrong for me and what I believe the priorities of my life have to be. How I worked so hard and really got out of balance with my family and other aspects of my life because it seemed like this would all disappear if I didn’t work hard enough. I’m not going to do that anymore. I’m not doing that anymore. I think, even though I still work a lot, (I’m a recovering and ever-relapsing workaholic) I’m resting and relishing more than I did the first…ahem…two times around the publishing block.

And what do fans of Kennedy Ryan have to look forward to in the coming year?


Gosh, good things I hope! I really see myself on a hybrid trajectory as a writer. So I do have a story my agent is pitching to traditional publishers, but I’m also writing a story that I plan to self-publish later this year, possibly early summer. I’m also writing a non-fiction book that is part memoir, part self-help, part inspirational mish mash, with my family’s autism journey as the backdrop. How’s that for categorization? Not sure I’ll have it finished and sold by the end of the year, but it will be a work in progress. Like me! J

Kennedy, thank you for coming round the Cauldron once more and allow me to wish you luck in the coming year with all your many activities

You are very welcome, Wiz. 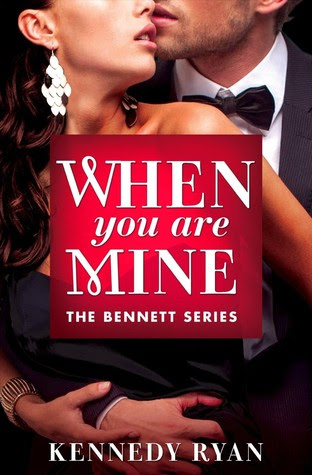 Next week on the Wizard's Cauldron:  - Tracie "Twin Piques" Banister

Every Interview EVER (109) on the Wizard's Cauldron.
Is YOUR favourite Indie here?
http://wizardscauldronindex.blogspot.co.uk/

Email ThisBlogThis!Share to TwitterShare to FacebookShare to Pinterest
Labels: Kennedy Ryan; Be Mine Forever, When You Are Mine; Georgia; Romance; Autism Awareness; Advocacy; Green Wizard; Mark Barry