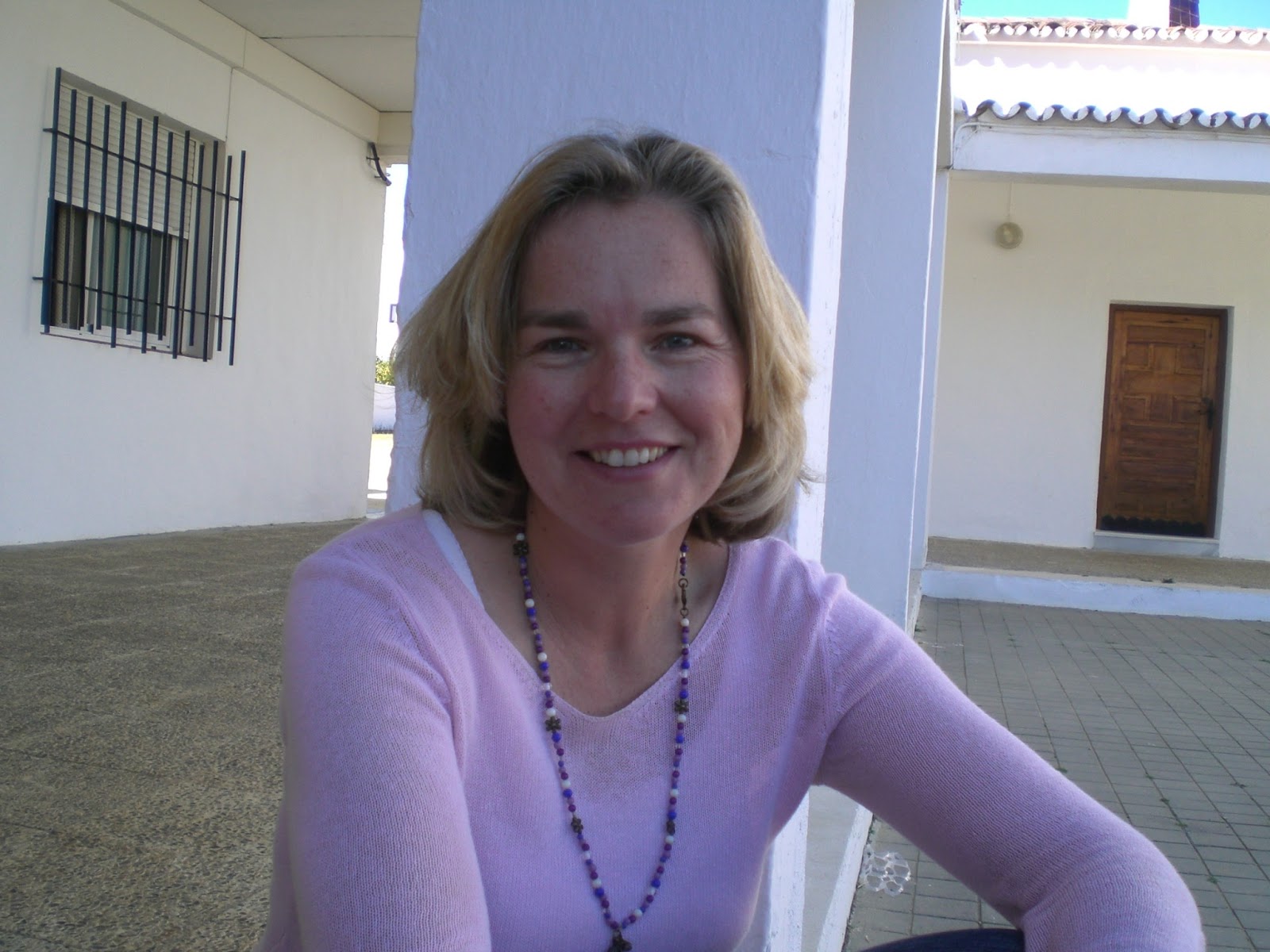 Not only has she been interviewed around the Cauldron, back in August last year, she's been my co-interviewer and stand-in on many occasions.

I've always been a big fan of her work and she's also a superb supporter of Independent Writers as well as animal-rights causes, particularly the Montana Wild Horses.

Last month, she released the third of her Cecilia Spark series - Dragon's Star - and it's not only your humble Green Wizard who believes it's her best work so far. It's a cracking story and well worth the derisory amount she charges for it.

Ngaire lives in Spain and, it has to be said, it was with envious glances that I contacted her on the Wizphone while she wallowed in 23 degrees, as ye olde Green and Pleasant soaked underneath perpetual rain. Here's what she had to say.

Ngaire's First Appearance Around The Cauldron

For the benefit of the many new readers we have on the Cauldron, tell us a little about yourself, Ngaire.
A little about me? Well, I devote my life to my children, love my garden (if the pesky dogs would leave it alone!!!), enjoy my relaxed lifestyle in southern Spain. Even if I have a super crappy (can I say crappy???) day the azure Spanish skies can put a smile on the glummest of faces.


Once a week  I endeavour  to publish a blog post, spotlighting an awesome Indie read.

As I have said many times before great books should be shared!

I write when I can and practice Morris dancing and caber tossing if time allows.


Ngaire can be seen third from the left

You live in Spain. Is it true you live in a big castle in Cadiz like the gigantic one on “El Cid”
Yes, Wiz, I live a gargantuan castle in the mountains of Granada


Takes an age to clean!


Tell us about Dragon’s Star, the third book in your Cecilia Spark series.
I am extremely excited about my 3rd book in my children’s series – The Adventures of Cecilia Spark, which I published earlier this month. As the title suggests I have gone on a mystical route with  this adventure. 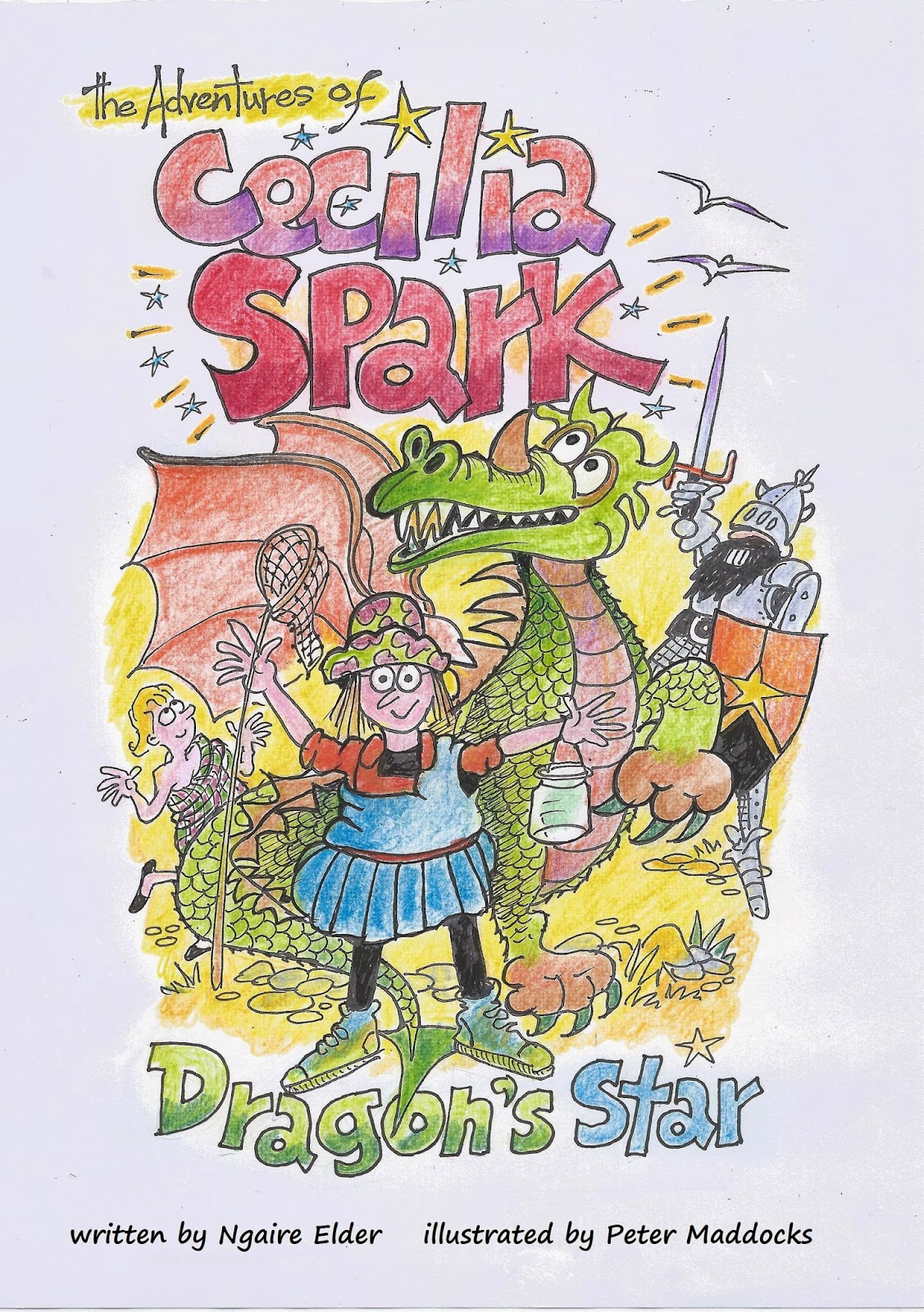 
"Cecilia Spark is in a race against time.  Her challenge is to save the last Millennium Dragon, captured by a hideous Knight of Darkness, and reunite him with the star that gives him his power. With Orson, Ractus and Pacha by her side, Cecilia must rescue Fuego and save the Land of Dragons from an endless, desperate gloom. Harassed by crooked imps, captured in the lair of a giant spider, lost in the darkest of dungeons and threatened by a hidden river monster, will Cecilia and her brave friends succeed in their quest?"


Dragon’s Star is illustrated by Peter Maddocks. Peter has interpreted all of Cecilia Spark’s stories magically through his beautiful illustrations and I feel privileged to call Peter a friend.

All books in the series – The Adventures of Cecilia Spark – are suitable for boys and girls aged 4-9/10 years old, to read alone or together with an adult.

An interesting snippet: The castle in Dragon’s Star, Nilloch Castle, was inspired by Chillon Castle in Switzerland where Lord Byron carved his name on a pillar.


I love Byron’s poem The Prisoner of Chillon which is based on a monk who was imprisoned there from 1530-1536.

Is there an extract from Dragon's Star you can share with us?
There is indeed … here goes …


"Just as Pacha’s paw touched the ceramic handle, they heard a clashing noise coming from the entrance to the chamber. Panicking, Pacha scrambled to the back of the room with Ractus hot on her heels!“Ractus, I’m scared, what’ll we do?”Ractus didn’t answer; he was busy sniffing at the ground.“What are you doing?” whispered Pacha.“I feel air.”His shovel-shaped snout had discovered a secret.A hatch.“Come on, help me open this!” instructed Ractus.“But there’s no handle!” They tried with all their might to move the massive stone block, but it didn’t budge.Hearing heavy breathing from outside, Pacha trembled. “It knows we’re in here, think of something!” Ractus had found something; a knob on the floor. It was stiff and didn’t move a millimetre when he pushed it. Taking a step back from the knob, he turned round and did a backwards jump, landing firmly on it with his bottom!Pacha, bubbling with excitement, jumped about like a bouncy ball as she watched the block being swallowed by the wall.Their escape was now possible.It didn’t take long for the block to slide completely out of the way, thus revealing their escape route.  Before they disappeared down the chute, Ractus and Pacha glanced back and caught a glimpse of their pursuer; a giant with an armoured body like Ractus’, and eyes of the devil; lifeless!That was the Knight of Darkness".


What are the key things a children’s author should consider before picking up the pen?
In no particular order:

A) I would consider research important in terms of suitability of subject matter to your target audience and what age group interests you as a writer (teens or tots!).

B) Picture books or chapter books with or without illustrations and thought should be given to investing in a professional illustrator.

C) Consider incorporating a message in your work of children’s fiction.

D) Be creative and tap into feelings that are sincere. Don’t take writing skills for granted. Plot and plan.

E) Something to bear in mind, live appearances at libraries and schools and book festivals … can you do it and would you enjoy doing it?

What are your plans for Cecilia Spark in the future?
I hope to continue with her series, not sure where the next adventure will take Cecilia and the gang. But it will certainly be filled with the usual spills and thrills that fans of Cecilia Spark expect.

My favourite characters are Ractus and Pacha, Cecilia’s rascally sidekicks. They always seem to be lying about and they are at their keenest with the smell of grub in their nostrils. Any plans for a spin off book/series?
Oh my goodness, no, I don’t think so. Cecilia, Ractus and Pacha (and Orson) are a team and splitting them up would be sacrilege. I try and emphasise the importance of teamwork in Cecilia Spark’s adventures and believe if Ractus and Pacha go it alone I would be undervaluing this concept. So no, no, no … no spin-offs.

Hahahahahah,  I have just asked Pacha and Ractus if they would like to do that and they said NO, they think you are silly to even suggest such a thing! My characters are real btw, Wiz.

But of COURSE they are! Hahahahahahaha. On the last natter we had, you said you were writing an adult piece. How is that going?

Hhmmmmm, well you see Sir Wiz, I haven’t had the time to dedicate to it. I find it hard to write more than one novel at a time. Can anyone do that???? Multi-tasking is not one of my fortes! I wanted to publish Dragon’s Star,  before I did anything else with my adult short. Maybe over the summer months I will find the time and the motivation to complete it. Or maybe I will concentrate on my Morris dancing

Ngaire is the one on the
end with the ponytail

You are also working on an activity book for kids. What is happening there?
Yes I am. I’m due to publish a book in March called My Nature Friends which is an A-Z rhyming picture book. My daughter, Fearn, has illustrated the book, her talent is incredible. 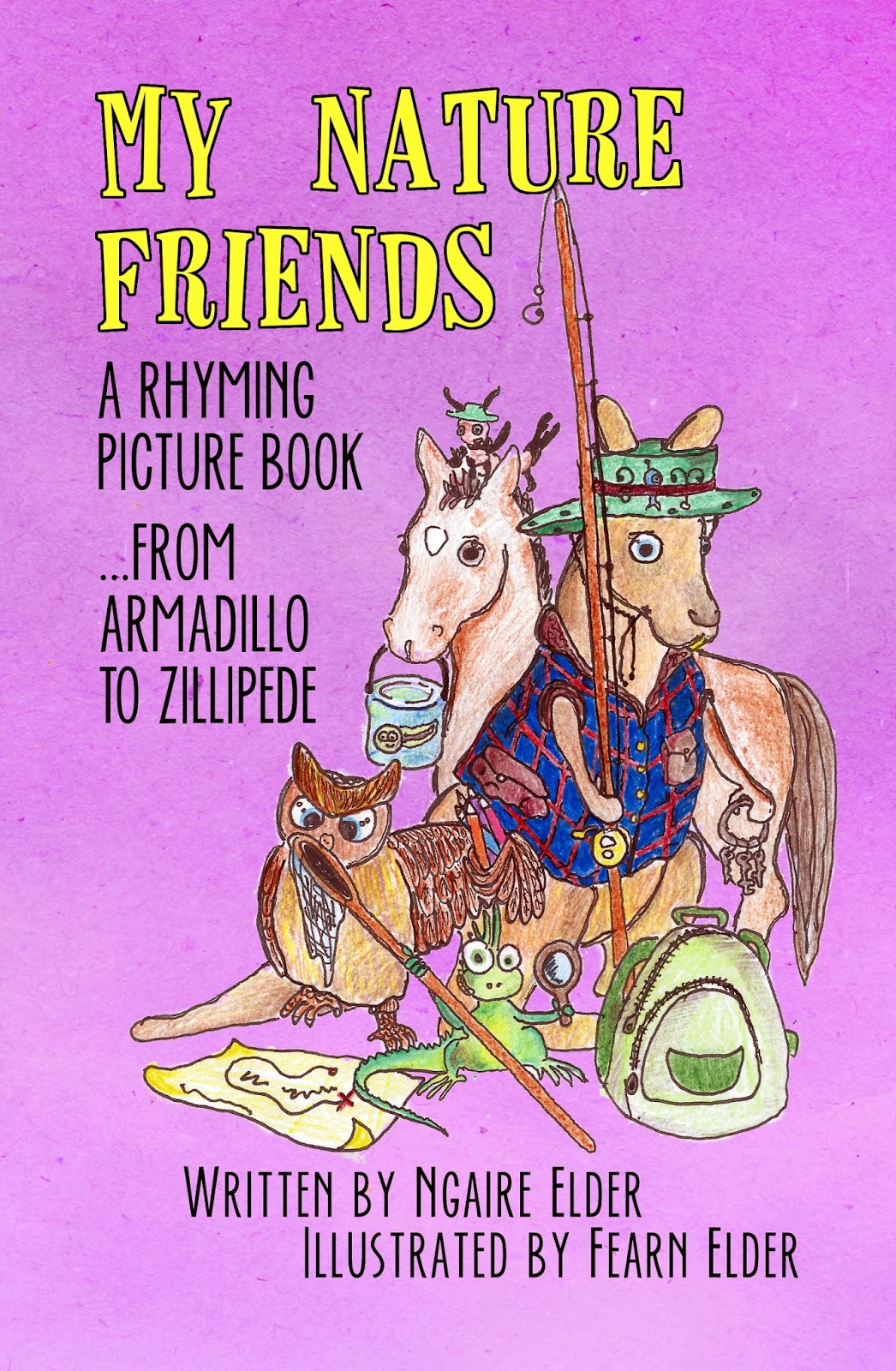 There are 2 sections in the book – the first is the fantastalistic rhymes and the second  is an interactive  ‘Field Note’  section where children can record their sightings of animals and plants whilst out and about; encouraging reading and writing without them even knowing it!


Excellent stuff! What was the last film you saw, the last book you read (apart from HS!! ED)  and the last CD you listened to?

What did you and the gang snaffle last night in the castle?
Spit-roasted suckling pig and wild asparagus risotto followed by Mama Fernando’s homemade rice pudding.

Hahahahahahahahahhaha. Okay. Even more intrusive - Norah Jones or Lana Del Rey?
It has to be Lana Del Rey. Has Ms Del Rey brought out a new album --- UltraViolence???? Any connections Wiz? Her voice is sublime – delicate and sultry. 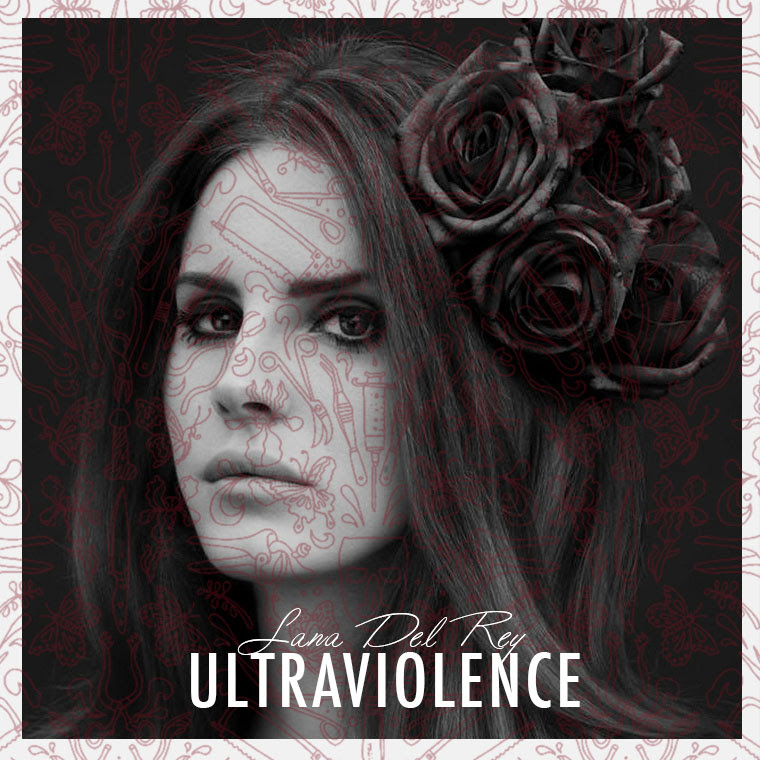 Have to agree with you there. So, finally: what do fans of Ngaire Elder have to look forward to in 2014
This year I am embarking on a massive tour of schools and libraries. I have been invited to celebrate  World Book Day (6th March) with a school in Mijas, Spain.


Also, I will be involved with library reading events in Nottinghamshire for Children’s Book Week in July this year and fingers crossed a Children’s Book Festival in autumn. In between, the gaps will be filled with plenty of other school and library appearances from Cecilia, Soldier and myself.
And, of course book 4 in The Adventures of Cecilia Spark.

Ngaire, once again it is a pleasure to be with you around the Cauldron. I, along with all the Wizardwatchers, wish you all the best with your cracking book, Dragon's Star, and everything you have planned.

Thanks, Wiz. Loved it! xx

Ngaire does not participate in the lugubrious time-swamp that is Facebook.

Ngaire's route down to the shops from El Citadel
(Or El Camino Del Rey, in other words)