A Trip Down The Timeline - Mary Ann Bernal...around the Cauldron! 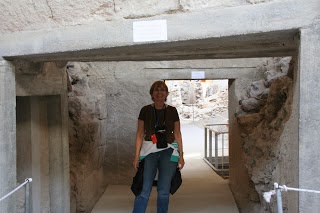 As my editor at Green Wizard, I have watched her work for the past year and a half and she is relentless. Any author, Indie or Trad, who wishes to make it pay in this most frenetic of capers, would do well to follow Mary Ann's lead.

For five years, she has slugged it out working seven days a week, twelve hours at a stretch. Even illness fails to stop her - as they said about Keith Richards, people like Mary Ann cannot be killed by conventional weapons.

I caught up with her on the Wizphone, as she hunkered down to avoid the shock and awe of the Polar Vortex currently afflicting America, to talk about the latest instalment in her acclaimed The Briton and The Dane franchise, Timeline.

A regular guest and commentator on The Wizard's Cauldron, you can find her previous interview here.

Remind the Wizardwatchers who you are, Mary Ann, and what you do.

Hi Wizzy, as regular readers of the Cauldron will know, I am a historical fiction author, and writer of The Briton and The Dane series of historical novels. I specialise in Anglo-Saxon history, particularly the time of Alfred The Great. I m from New York and am currently living in the wilds of Omaha, Nebraska.

How have Nebraskans coped with the crazy weather this year?

Omaha has been pretty lucky this winter with snow fall totals, or lack thereof.  However, we’ve had a brutal spell with the Polar Vortex earlier this month, and as we speak on the Wizphone, Omaha is having a heat wave, 55 degrees and climbing.  As most people, we take these things in stride, not allowing the weather to interfere with getting to work and social activities.  Thankfully, the sporting events through February are all inside - just have to love basketball for that very reason.

Tell us about your latest work.

My latest book is The Briton and the Dane: Timeline. While it continues the franchise, it is a definite diversion and adds something new to the piece. There is much more of a focus on romance here and I've added an element of time travel too, which is something new. Here's what it says on the back cover! 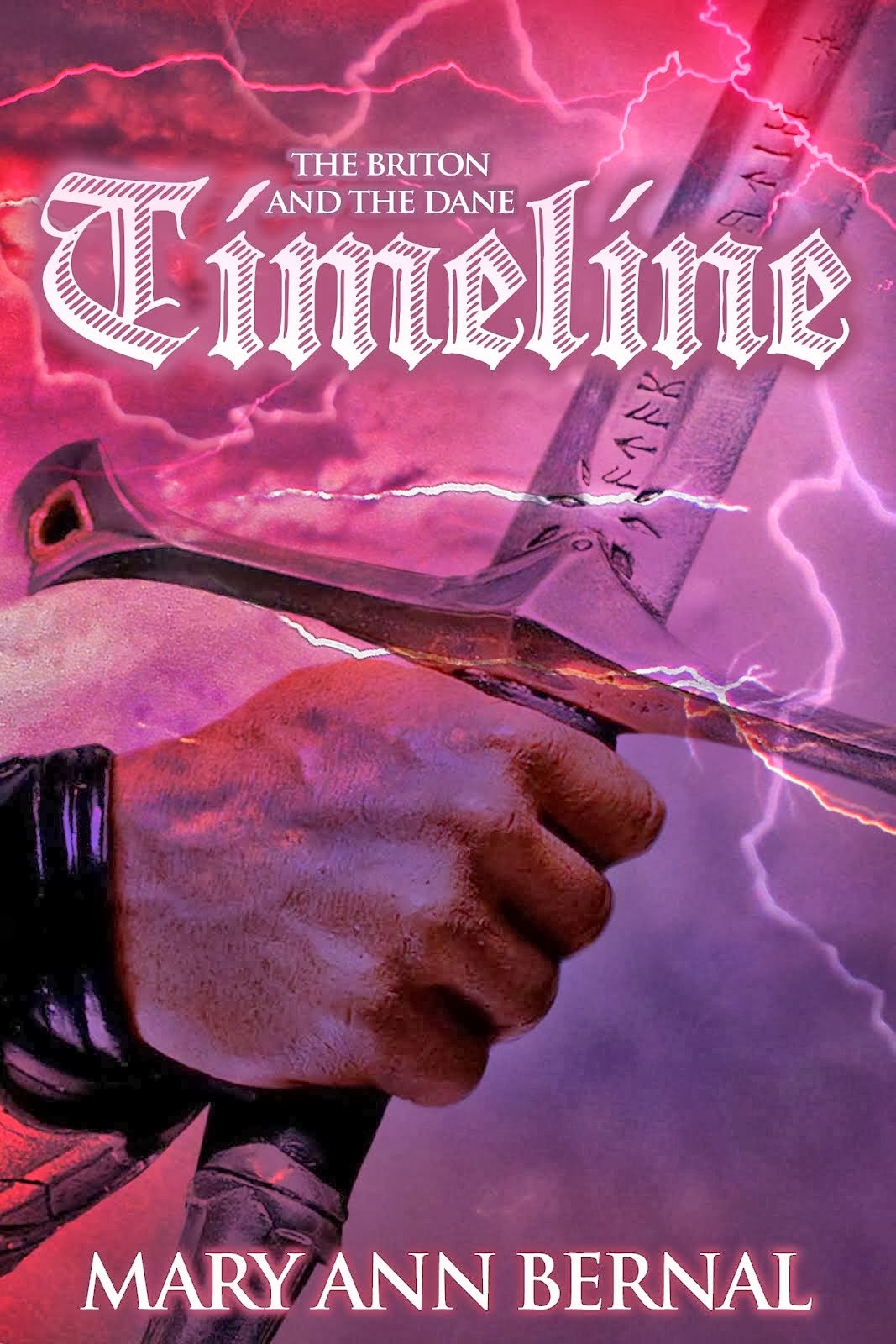 Dr. Gwyneth Franger is a renowned expert in early medieval England who is set upon learning the truth about the death of Lord Erik, the last descendant of the powerful House of Wareham.  Her quest becomes an obsession, a condition that began with the discovery of a portrait of the tall and valiant warrior with which she forms an extraordinary and inexplicable bond.

Digesting troves of mildewed scrolls and source documentation only enhances her belief that Lord Erik was brutally assassinated by a cabal of traitors in the pay of William the Bastard, shortly before the onslaught of the Norman Invasion.

On an archeological dig in Southern England, her team unearths an Anglo-Saxon fortress, a vast citadel built during the reign of Alfred the Great, which she believes was Lord Erik’s stronghold.  In the midst of her excitement, she is awakened one night from her slumbers by a disconcerting anomaly emerging from the site.

Dr. Franger finds herself transported back to the Dark Ages and at the side of the noble Lord Erik who commands an army of elite Saxon warriors, a swift and mobile force able to deploy quickly throughout the kingdom to ward off invaders.

Witnessing the unrest firsthand, Gwyneth senses that her instincts had been right all along, and she is determined to learn the identities of the treacherous blackguards hiding in the shadows, villains who may well be posing as Lord Erik’s friends and counselors.
Will Gwyneth stop the assassins?  Is she strong enough to walk away and watch her beloved Erik die?  Or will she intervene, change the course of history and wipe out an entire timeline to save the man she loves with all her heart?

How is it related to your long running The Briton and The Dane series?

While Gwyneth and Erik are the main characters in this novel, they are not the same Gwyneth and Erik referenced in the trilogy.  This novel begins in 2066, but most of the story takes place in 1062-1066, prior to the Norman invasion.  The other novels take place during the reign of Alfred the Great in the ninth century.


Why did you decide on Timeline?

When I first started writing The Briton and the Dane, the storyline was about Gwyneth and Erik’s relationship, and the problems they faced in a land ravaged by war and conquest.  However, as the story evolved, the ancillary characters started demanding more representation, wishing to have to have additional “screen time.” 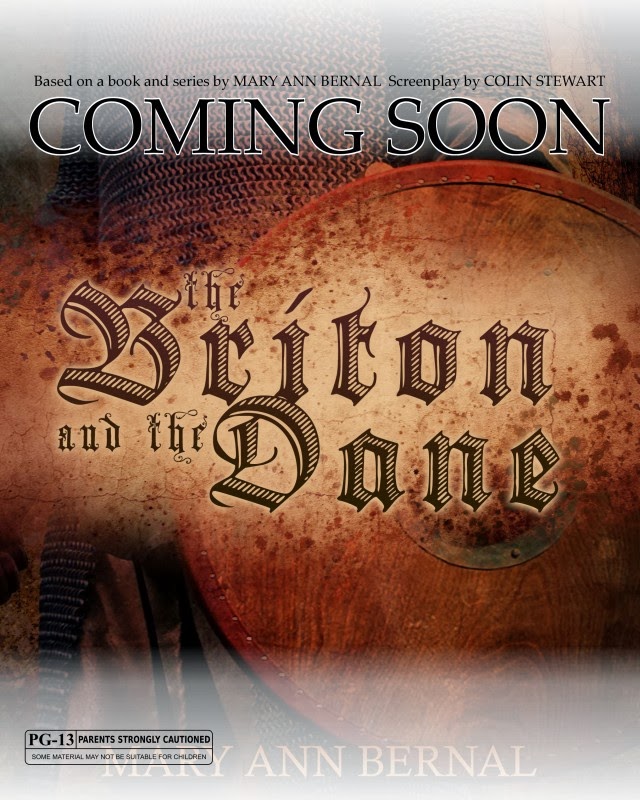 To me, Gwyneth and Erik shared the stage with too many players, and I do believe they felt cheated.  I was toying with the idea of a standalone novel dedicated to Gwyneth and Erik, but what if fate had kept them apart, centuries apart?

How would a 21st century Gwyneth fare in 11th century England?

Science Fiction and Anglo-Saxon England, two of my favorite topics in one novel.  It doesn't get better than this

When is it released?

Am awaiting the proof copy as we speak.  If everything goes according to plan, the book launch will be within a fortnight - just love that word.

You are known as extremely professional. Phil Naessens, on a recent radio interview with you, said: “Mary Ann Bernal is one of the few authors that I would bring on my daily show no matter what the subject”.  Have you had training?

Phil Naessens is an excellent host, and his questions are interesting and different.   My latest interview on The Writers Showcase is my third appearance, and I do look forward to speaking again with Phil later this year.


How to speak on the radio

The only training I had was a public speaking course in college, too many years ago to count.  However, I have over twenty years experience as a Lector (Roman Catholic ministry for lay people).  Additionally, I have given presentations to various groups on the publishing business, especially in the digital age, which has added to my skill set.

Writers need to research every aspect of their craft.  Once a book is published, an author cannot sit back on his laurels and expect the reading public to know of his/her work without name awareness.  And how is that done, you ask?

In my opinion, the most important site for an inspiring author is his/her webpage.  If you type my name on Bing - yes, Bing - ok, for the rest of you, Google - my official website if the first item that appears in the search results.  My page has links to the various social media sites such as facebook, twitter, Google plus, pinterest, etc.  However, it is difficult to interact proficiently with the overabundance of available sites, so I would recommend selecting the sites that work best for you.  Another thing to remember is that what works this year may not work next year, and there’s always a new kid on the block, which means, be selective.

Once you’ve created your profiles, which is quite time consuming, you can maintain the sites on a schedule.  You should be able to split you time between marketing and writing.  Remember, even if your manuscript has been picked up by an established publishing house, the author is still expected to do a hefty chunk of marketing.  These houses expect to see your followers purchasing your novels - and yes, they do want to see numbers, even though it has yet to be proven that 10K twitter followers will buy your books.

Now that you’ve set up your system, you can get back to what you love doing - writing.  Of course, you could always hire someone to do the marketing aspect of the business while you are locked away in your office, or wherever you write, away from the distractions.

Unfortunately, writing time needs to be shared with marketing efforts, until you make it in the business.  Then, you’ll have people!


If a crazed Indie author forced you at gunpoint (or hammerpoint!) to offer ONE proven strategy to get her novel out there, what would you say?

Consider the Amazon Kindle Select Program.  I have had excellent results with the exclusive listing for ebooks.  Print editions are available at all line book sellers.

You also write short stories. Where can readers find some of your other work?

There is a tab on my webpage entitled short stories, which lists the title of the work and where you can purchase the anthology where the story is included.

In addition to the titles listed, seven more stories have been accepted for publication and should be available later this year. 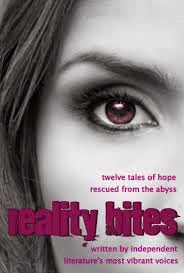 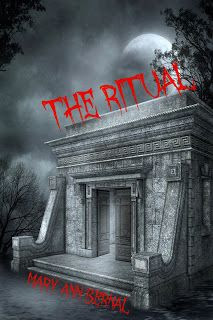 The Hourglass featured in Time, a Literary Underground Anthology

I’m a big fan of the book Concordia. Are there any plans for a sequel?

Unfortunately, I haven’t any plans for a sequel in the foreseeable future. 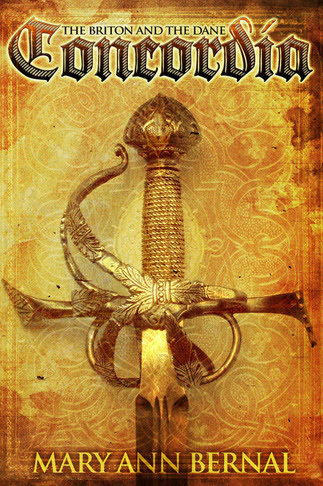 Nice review of the underrrated Concordia - an excellent read


Never mind. What films, TV, books and CDs have you enjoyed since the last time you were around the Cauldron


Vikings (on the History Channel)

And finally, what do fans of Mary Ann Bernal have to look forward to in 2014?


"We are looking for producers / investors for this project.  If there are interested parties in the audience, please visit my webpage - maryannbernal.com for contact information".


Mary Ann, once again, it's been a great pleasure to have you on the show and I wish you the best of luck with Timeline and your march on Hollywood

Thanks for having me, great Wizard.  Look for me on the red carpet - will be waving! 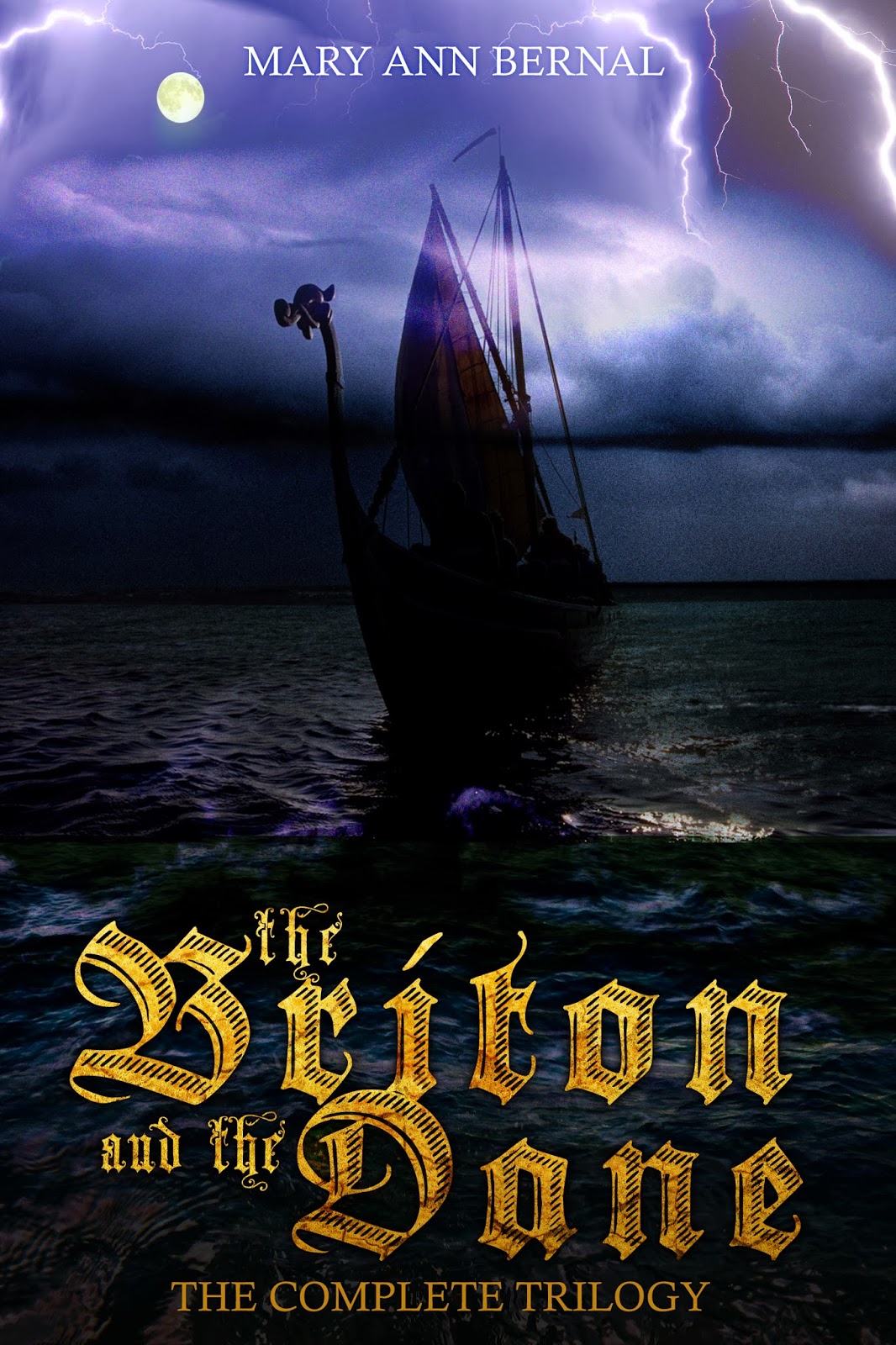 Mary Ann entered the Author Database Cover Competition recently and while she struggled against the might of young people's colossal and widespread social networks in the voting stages, when it reached the judges, the cover of The Complete Trilogy, designed by Steven Novak, won a Bronze Medal. 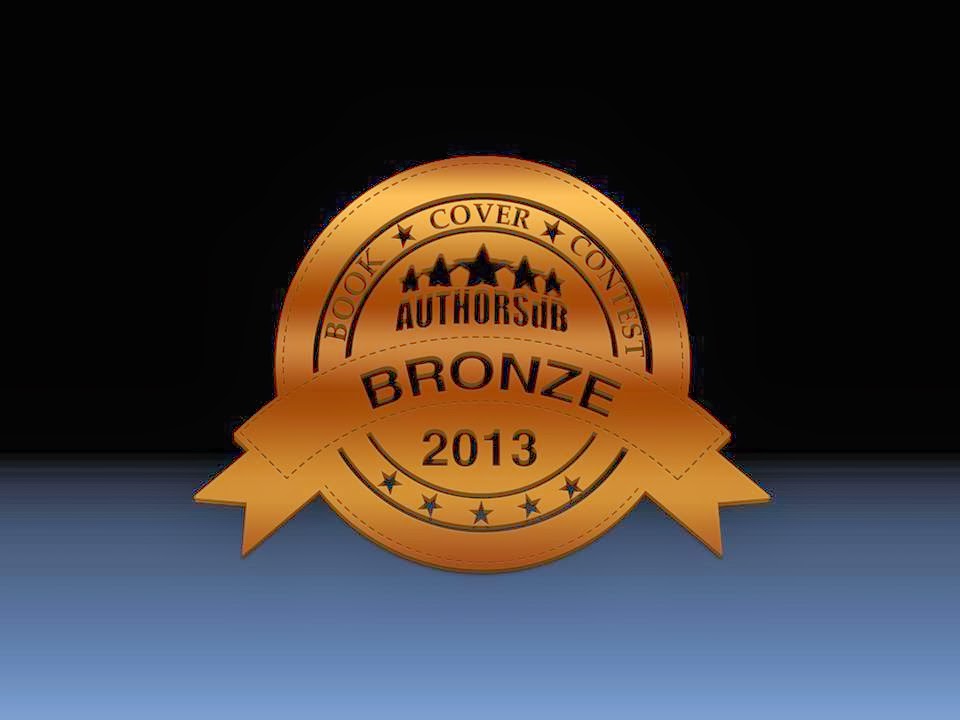 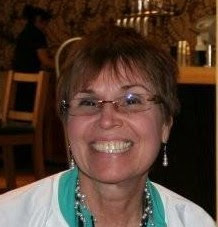