Crystal Schall is a writer, and lately, proprietor of Open House Editing.

One of life's good folk: Fun, provocative, outspoken and entertaining, she's well worth listening to.

A resident of the Southern half of the United States, she took a break from editing, sat peacefully on her porch rocker, and spoke to me on the Wizphone.

Who is Crystal Schall?
That’s a good really good question. I’m a work in progress. I’m just me. Take me as I am or leave me alone. I am a woman with a laptop and an opinion,and I’m not afraid to use them. I’m very plain spoken, sometimes to a fault. There’s no stop sign between my brain and mouth, whatever I think just falls out. 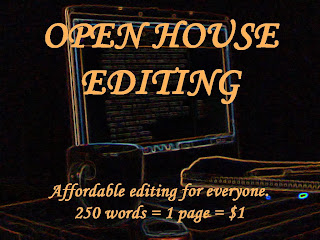 My mother has tried to teach me to be more politically correct, but being the way I am works for me because people always know where they stand with me.


"I’m a big girl with a love for chocolate. I even gave myself the name The Original Fat Chick because I got tired of my weight being a big white elephant standing in the corner of the room that everyone tries to ignore."


I have a wicked, sometimes warped, sense of humor,and I’m not afraid to use it either. The way I have it figured if we can’t laugh at ourselves who can we laugh at?

Whereabouts in the US do you live and do you like it there?
I live in a rural area of the southern, and when I say that I mean out in the country where the dogs are on chains, chickens roam free, and pigs can be pets.

I started out in the big city and landed in the country when I was a teenager.

Our town is so small the sunshine is pumped in on Monday, Wednesday, and Friday. They pump the water in on Tuesday, Thursday, Saturday, and Sunday. The air catches a ride with the water and sunlight daily, but we still have to breathe carefully.


"As a matter of fact, our town is so small that we only have one red light and one caution light, which puts us one step above Mayberry. "

I love it here. We all know one another. It’s a great place to raise kids. They can get into all sorts of trouble if they want to, but there’s nobody pushing stuff on them from the sidewalks like in the big city. It’s peaceful for the most part; the kind of place where you don’t have to keep your doors and windows locked all the time.

Is it snowing?
No. As a matter of fact, I think we’re going to be in the 60s this week. It rarely snows and sticks where I live. If there’s a chance it will, everyone runs out emptying store shelves of bread and milk. I’m not sure why.

What made you become an editor?
I fell in love with reading as a child and have been hooked on it since. I will read just about anything I can get my grubby little hands on, and do so whenever I get the chance. There is one thing that drives me absolutely crazy when I'm reading, and that is running across simple mistakes. It's like driving down the road and suddenly hitting a pothole you never saw coming.

You hit the brakes, come screeching to a halt, and jump out to check your car for damage, ending the smooth ride you were enjoying. When I hit a mistake while reading, that is just how I feel.


"I mentally hit the brakes, thinking, “Where the heck did that come from?” It ruins my concentration as well as the flow of what I'm reading. I have to reboot my brain and try to get back into the story that had me so engrossed just seconds ago. There are times I just have to stop reading all together and come back later."

This is why I became an editor. I've read books and articles with so many mistakes in them that I've wanted to take a highlighter, mark each one, and send them back to the publisher with a note telling them to try a little harder next time. There is some real slap-shot editing going on out there, and you have to be careful whom you trust your manuscript to.

A writer needs someone who will do the job right and really cares about what they're doing, and that is where I come in.
I am dedicated to making writer happy with the service they receive. I strive to keep their writing in their voice, the way they intended.


What does an editor do?
An editor takes the ideas the writer has written down and makes sure they make sense, are easy to read, and follow a logical sequence. Not only does an editor make sure all of the “I”s are dotted and periods are in the right place, they’re a writer’s second set of eyes. The editor is supposed to put the spit and polish on the manuscript, and if it takes a little elbow grease to bring out the glow they’re the person sitting beside you rubbing Aladdin’s magic lamp. If your main character’s aunt is named Penny at the beginning of the book and Penny in the middle, then your editor missed something. It’s the editor’s job to catch anything that’s gotten past the writer. We’re only human like everyone else, but what sets an editor apart from everyone else is being anal retentive about words and punctuation to the point of distraction.

How long does it take you, on average, to edit a 60,000 word novel?
I always allow 4-6 weeks turnaround time for any manuscript if I can, but it depends upon how much editing it needs. I’ve turned them around in three weeks. There are also times when I’m pulling my hair out at the 11th hour. As I said, it depends upon how much editing is involved.
Do you ever feel the desire to get involved with your author’s plot? Do you ever make recommendations? Do you find yourself banging your head on concrete slabs in frustration?
Yes, I can’t help but get involved in the author’s plot, and I tend to make all sorts of recommendations as I edit. I can’t turn off my reader side, not that I ever want to. I pay attention to the actual story as I edit. I’ve heard there are editors who say they don’t read manuscripts, they just edit them. I don’t understand how anyone can do that. I don’t think you can be a good writer or editor without being a reader first.


"The good thing is that I use the Track Changes in MS Word so the writer can just ignore my comments if they choose to. There are times when I almost have a running dialogue going in the comments section because I can’t help but ask the questions I think another reader will ask. I prefer to edit fiction, and I can’t help but point out when a writer asks me to suspend belief in something that I know is true but hasn’t given me enough reason to do so. I don’t think I’m nit-picky as much as I am trying to help make the work I’m reading and editing to be the best it possibly can be before publication."

Santa’s elves come down the chimney at the Schall mansion and kidnap you on their magic bicycles. You have no idea what you have done to offend Santa.

You are taken to Lapland and thrown in an igloo with nothing but a packet of Fig Newtons and a wooly bobble hat.

Underneath a block of ice, you find one of Santa’s discarded sacks, which was planned for someone who, unfortunately, no longer believed in the great icon. Inside, are three books, two CDs, and a DVD – what would they be?

Man, that’s a hard one. I always have a hard time narrowing books and music down to just a few favourites.

Ummm... the King James version of the Bible

anything from the Xanth series by Piers Anthony,

“The Briton and the Dane: The Complete Trilogy” by Mary Ann Bernal (which I’m reading now) by the way,


and the Xanadu soundtrack.


Will the Kansas City Chiefs beat Denver to the AFC Championship and if not, will you lend me a thousand dollars to back Denver?
Not an NFL fan, but if you have an inside line I’ll give you two grand and we’ll split the profits, LMBO!

I'm on Kansas at 13/2, but it's not looking good! What does 2014 have in store for fans of Crystal Schall?
My first grandchild around the beginning of June <insert ‘possum eatin’ grin here>, more time with my family, and lots of love and warm and fuzzy moments.


"It would be great to say I’m going to publish new books and work like a mad woman, but family is what’s most important. If we’re all doing okay with a roof over our heads, food in our bellies, and love in our hearts, everything else in life is just gravy."


Crystal, thank you for coming around the Cauldron and treating Wizardwatchers to such an engaging interview.
You're welcome, Wiz. Loved it! 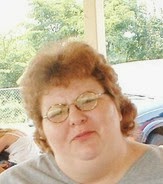 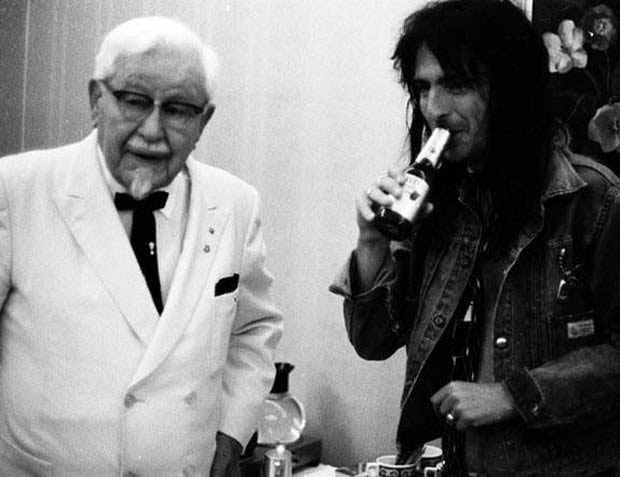