More of a process than a State, Texas inspires images that are easy to evoke and even harder to shift from the mind's eye.

Cobalt skies which extend across the horizon and into infinity. The sparkling swell of the Gulf in August, lapping against oaken pier struts entrenched in Galveston Harbour. Steaks the size of car doors. West Texas derricks as tall as skyscrapers. Doyle Brunson, Johnny Moss and Jack "Treetops" Strauss. Mad-eyed priests in Waco temples.  Pump-action shotguns, whirring machine pistols and smoking 45's. Lone Star Park. Bill Hicks, one of the funniest men who ever lived. 1979 classic album "Deguello", the best album ever produced in Texas.

Buddy Holly. Desi Arnez Junior gaining the rights to "I Love Lucy" in the steakhouse at Dallas Fort Worth. JR Ewing. Houston's decadent Montrose district on one side, the Menil collection on the other. The never ending struggle of America's team, the Dallas Cowboys, fated, doomed from the very first kick of every season. Burning sands surrounding the long dead Cowboy towns around Claremont. "Bad Company" by Bad Company in the ether. Cheeseburgers, accompanied by jacket potatoes the size of boulders. Horses, mustangs and palomino ponies.
Ten gallon hats.

Texas, it seems, cannot help but produce writers and, even though she's from New York originally, Devorah Fox is no different.

Winner of the 2010 NaNoWriMo Award, Devorah has written two fantasy novels which she was more than happy to discuss with the Wizard. I got on the Wizphone and contacted her on her ranch just north of Interstate 35,where, as she spoke, she sat under the shade of a bougainvillea to tell us all about her writing ... and other matters.

Tell us about yourself, Devorah.  You seem to have a fascinating background.

Me, fascinating? (she says, adjusting the brim of her fedora) Here is my bio!!

Winner of four National Novel Writing Month marathons, Devorah Fox has written for television, radio, magazines, newspapers, and the Internet. Publisher and editor of the BUMPERTOBUMPER® books for commercial motor vehicle drivers, she is also developer of the Easy CDL apps for the iPhone and iPad. She has written test preparation guides for Barron’s Educational Series, Inc. and edited books for Techni-Com, a Canadian publisher, as well as several novels. Born in Brooklyn, New York, she has lived in Port Aransas, Texas, since 2005.

Secretary of the Rockport Writers Group, Fox writes the "Dee-Scoveries" blog at http://devorahfox.com and column of the same name for The Island Moon newspaper and contributes to TexasNOW magazine and the Eagle Ford Shale blog. She wrote her first novel in the third grade and has written several more since. The Lost King, a literary fantasy, is her first published work of fiction and its sequel, The King’s Ransom, is her most recent.

What is your latest release?  In which genre does it fit? 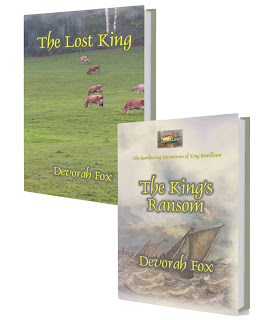 The King’s Ransom was released in June, 2013. It’s Book Two of The Bewildering Adventures of King Bewilliam, the sequel to The Lost King. Ah, genre? Good question. It’s hard to categorize. It’s literary fantasy which I’ve seen defined as stories where “depictions of magic are subtle and treated as not exceptional but part of normal reality; the tale takes place in a more real ‘real world’ with somewhat less strangeness to absorb and keep track of, and there is subtext or intelligent plotting.”

That’s a long walk around the block but it describes the books perfectly. I wanted to tell a very contemporary tale but cloak it in a bit of fantasy which serves to


“separate readers even more from reality, allowing them to understand in a different and perhaps deeper way the themes of the works.”

Your name is unusual and alluring. Where does it originate?

In my family it's traditional to give a child not just the name that goes on the birth certificate, but also a Hebrew name to honor a dead relative... or let's say an ancestor, that sounds a little less creepy. So "Devorah" is a transliteration of my traditional Hebrew name in tribute to a long-passed aunt. Early on I decided that I needed a pen name and chose that. I found that my pen name suited me better than what was on my birth certificate so I made it my official name.

I hear you are from New York. How does living in Texas differ, if at all?

I’ve discovered that you can take the girl out of the city but you can’t take the city out of the girl. I’ve lived in Texas nearly as long as I lived in New York but I’m still an urbanite and a Yankee. I just don’t get football, guns or hunting. Rooms decorated with mounted trophies freak me out and smoked meat gives me acid reflux.

Does the never ending Texas sky atop its sweeping plains inspire your work?

I’d have to say “no.” I take my inspiration not so much from the landscape as I do from the people who live here.  I write best on overcast days with low gray skies. We don’t have too many of those for which the Convention and Visitors Bureau is grateful.

I see you are a prodigious blogger. Is blogging important for a writer? Or should we just forget it.

Wow, that’s a tough question. I’d have to say “define ‘important.’” I started blogging because I had a newspaper column and wanted to share my stories with people who didn’t get the paper which at the time didn’t have an online edition. I have writer friends who blog for a similar reason, that is, to share their writing. Is blogging important for commercial reasons? I haven’t made a good enough analysis to comment on that aspect.

You are also the Chair of a writer’s group. Should all writers join a group?  If so, why?

Absolutely! I have learned so much about how to be a better writer from other members. The feedback of read-and-critique is invaluable. The poets in my groups inspire me to reach for that one perfect word or image and to write better prose. Plus, there are times when it’s simply comforting to be in the company of others who live the writing life and don’t consider it to be the least bit strange.

I’m also told by my Goblins that you are into jazz fusion? The Wizard is well into this. Who are your favourite artists?


While walking along the street, you are mistaken for your favourite cartoon character, glamorous reporter Brenda Starr, and subsequently kidnapped by disenfranchised anarchists with big moustaches desperate for publicity.  Abandoned in a prospector’s shack somewhere west of Waco, you discover a battered packing crate underneath the floorboards. Inside, are three books, two CDs and a DVD. You could be there for a while – what would you like them to be?

Books: something by John Lescroart 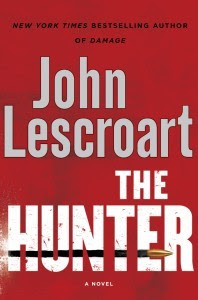 and something by Dan Brown.

For the third book may I substitute paper and a writing instrument so I can write my own? Being left undisturbed in a shack sounds iike a writer’s retreat to me.

Steve Winwood's Back in the High Life


For the DVD: Starman

I learn something about storytelling every time I watch either of those.

Invite three people to dinner at your pad (plus me, as long as there is nothing green or yellow).  Who would they be and what would you cook for us?

I’d invite my parents and my late husband. All of them urged me to become a novelist but none of them lived long enough to delight in my finally doing it.

My favorite menu is grilled butterflied leg of lamb; fresh spinach tossed with Greek dressing, goat cheese and toasted pecans; homemade potato chips; champagne, and a cream pie from a local café. (No point in trying to outdo Miss Kay when it comes to desserts.) You can pass up the spinach.

Thanks for that! You can have mine! What do fans of Devorah Fox have to look forward to in 2013?

I have a work in progress that I hope to release before the year is out. Naked Came the Sharks is a contemporary thriller set in the Texas Coastal Bend, developers vs. NIMBYs (Not In My Back Yard). It’s humorous but with a bite.

It’s a departure from the King Bewilliam series.

I’ll return to that series as my National Novel Writing Month project in November. This will be my fifth month-long writing marathon. I’m aiming to release that work in July, 2014.

Devorah, its been a pleasure and I've thoroughly enjoyed meeting you. Wizardwatchers wish you the best of luck in 2014.

Wiz, it's been fun. I've heard that author interviews don't have much impact: I know yours is different. Thanks for having me.