An Interview with Karenne Griffin 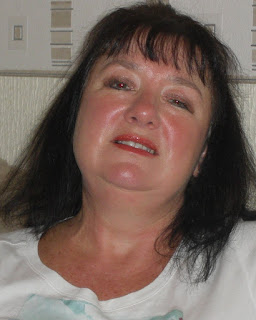 Twitter. What is Twitter all about. I follow 1040 people and when I put out an APB for someone to interview, I didn't get one reply. Its been ten days since interviews - the longest ever and here, in snowy, foggy, rainy Oldham, I was beginning to worry.

Relying on Twitter wouldn't do any good, I thought, so I was going to spend the weekend personally harassing any Indie with a pulse for a cheeky natter, week by week until April, when I start the Queens of Indie series.

And then Karenne popped up in my mailbox.  She asked whether she could be included in the Summer Scrapbook - the Independent Paperback Gift Shop Summer Special Catalogue. Goes without saying that she's in - but I fired back a request for an interview and she said yes -her first interview!

And what a cracker it is too. She's funny, sharp, witty, bawdy - like many Australians -  and intelligent too.  I don't know her very well so I stripped the interview to its bare bones and left behind my usual irrelevancies and pyrotechnics. Here's what she had to say to me, The Green Wizard, waving his magic wand around the smoking Cauldron
Hiya Karenne,

Thanks for coming to the rescue.

So. Tell us a bit about yourself.

I was born in Tasmania, Australia.. Lovely scenery but it’s the back of beyond. Surprising to many it’s cold and wet like the UK - the next stop on the route south is the Antarctic.

I had an unusual childhood that fuelled my creativity. I left Tasmania asap and headed for Melbourne where I stayed a few years before heading off on my travels. Saw something of Europe and the Middle East before settling in London. Married someone.

We moved to Wales 12 years ago and after 18 months I decided to go it alone. I much prefer living in Wales to the rat race of London.

I’ve got my life sorted to the point where I have plenty of time for writing and a toy boy to make me laugh, rub my shoulders and provide cups of tea!


What genre do you write in?

Chick lit but with humour and a bit of an edge. I’d hate to be thought of as someone who wrote fluff suitable only for stuffing cushions.

Actually just this week someone who is reading Beyond the Island said ‘Wow! I find it hard to believe you wrote this. It’s such a complex story.’ Then she apologised for making it sound like I was a total numpty. 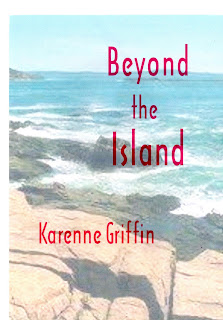 How long have you been writing?

I’ve been writing since I learned to read. Always got good marks in school for my stories. Didn’t write much in my teens, too busy being a bad girl!

I did a short story writing course while living in London. Shortly after that I wrote my first novel which is still in first draft – I’ll get back to it one of these days … currently working on my third novel. 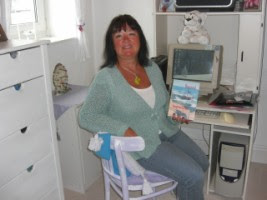 Tell us about your latest project, Karenne.

And that brings me to my latest project – a novel entitled New Voices in the Valley.

It’s a tale of multicultural Wales in the 21st century, set in a fictional village. The story focuses on the influx of people from different cultures, rock music, sex, lots of drinking, some drug abuse, lots of laughs, crime, romance, and a few very bad people. I’m about two thirds through the first draft.

Is there a writing community in Wales?

Fortunately since I’ve been living in Wales I’ve met a number of like-minded people who are writers, musicians and artists. I find it easier to get to know creative people here. I joined Pontypool District Writers Group around 7 years ago. The group meets weekly to share stories written on a given topic. 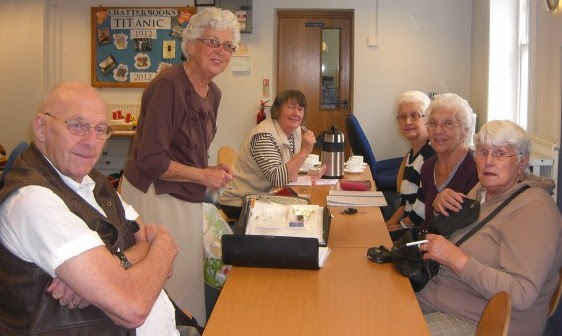 We also work to encourage school children to write stories and also to enter the junior section of the Poet of Pontypool annual competition.

There’s a senior section too, I won second prize a few years ago. But I felt I was spreading myself a bit too thinly so nowadays I try to restrict myself to writing novels and short stories.

Does your environment influence your writing?

I find my environment very stimulating! I do some of my best thinking while walking in the wonderful countryside. Or jogging along country lanes or the canal towpath. I love to observe the birds, animals and plants, be aware of the seasons, feel the sun on my face and the wind in my hair. Sorry if that’s a bit too lyrical. However I’ve recently succumbed to an MP3 player and now enjoy a bit of man-made music in with my nature fix.

Yes, she does. I love her stuff...must be something in the air!! Anyway, give me three books, two CD's and one DVD for your marooning on a desert island.

Fruit of the Lemon by Andrea Levy.

Wiz Notes: "Any Major Dude" by Steely Dan is possibly their best song. And that's saying something. Everything Fagen and Becker ever tried to do compressed into three minutes of sublimity.

This song would make an alabaster statue feel emotion.

Hear also: Deacon Blues. FM - No Static At All. Rikki Don't Lose That Number. Babylon Sisters. Peg. Josie and of course, Do It Again.

One DVD: doubt it’s out on DVD but my favourite ever film is The Admirable Crichton.

Cats. By a whisker.

Will the UK still be United in twenty years time?

The UK will most likely still be united in 20 years’ time. I’m only joking when I say there’s a team of miners working along the border trying to sever the ties that bind Wales to England. I suppose we all need each other.

A writer turns up at your home with a bottle of bubbly and a bag of peanuts. In your dreams, who would you like the writer to be, and what would you cook for dinner. Is there a question you would like to ask him?

I notice that I mostly favour female writers, but if it were a man it would have to be the late great Douglas Adams.

There would be no shortage of laughs I hope. He’d have to bring a bottle (or two) of Cristal, peanuts optional, and I’d cook tapas.

Or a middle eastern meze. Not that I’m lazy, I prefer nibbly bits that offer plenty of variety. That’s possibly my philosophy on life. As well as finding something positive in every day (even those days when the snow brings part of the roof down and the back gate’s been blown off its hinges).

But I digress: what to ask Douglas Adams? Was 42 really the answer to life, the universe and everything? He’s probably a bit fed up with that one though.

What do fans of Karenne Griffin have in store for 2013?

My fans have my next novel New Voices in the Valley to look forward to later this year. But for now they can get stuck into Beyond the Island, which is available in paperback and for Kindle from Amazon.

Karenne, the next time I speak to you I'm going to ask you all the interesting questions this natter has generated, but until then, thank you for coming - it's been a great pleasure and I wish you the best of luck.

No,thank YOU Wiz. I appreciate it.

Novel Beyond the Island on Amazon