An Interview with Val-Rae Christensen 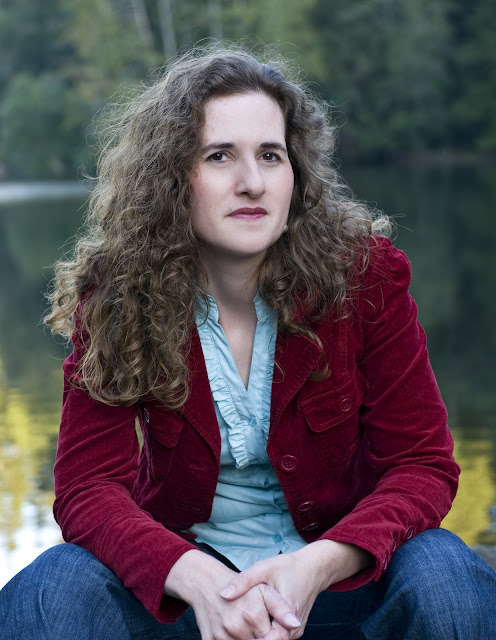 Val-Rae Christensen is a writer's writer.

That is, a writer liked and respected by other writers. Undiscovered she may be, but the right people have been whispering her name in all the right circles. Some shrewd judges have said on more than one occasion that Val-Rae could be a name to watch.

Last year, Val-Rae wrote the highly regarded piece of work, Of Moths and Butterflies  and even I, over in the cold, misty, foggy, bereft, socially challenged and economically destroyed UK, began to hear how good this book was. Nip onto Amazon and have a read of the first chapter. Proper writing.

Serious Indielit isn't very fashionable - unless you write erotica, romance or vampire fiction, you aren't going to be invited to too many fashionable Indie parties - but that's changing. It will change - and I'll lay good odds that Val-Rae will be leading the charge.

In order to get her thoughts, I picked up the Wizphone  and interrupted Val-Rae  in her writer's garret somewhere deep in leafy, arborial, rural Virginia.  Here's what she had to say about matters Val-Rae, writing, and her many, many influences...

Tell us about yourself, Val? Whereabouts in the US are you from.

I'm from a small town in western Washington state. I grew up on the coast, spent a few years in the Seattle area, went away for college and then moved to the South. I'm presently in Virginia, and hope to remain here for some time. I've always wanted to live in the UK, and whenever I have the time and money (sometimes hard to have those two things at once) I travel to England and do research and just absorb the culture and atmosphere. I hope (and think it does) seep into the books I write.

A snapshot of
British culture to infil future
novels - from Plan B, London's new Dickens,
only with music (of sorts).

Describe your publishing history? What genre do you work in?
I write Historical Fiction, sometimes with some Steampunk and paranormal thrown in for fun.

But I love history, and I am constantly fascinated by the lessons that can be learned from studying the people of past eras.

To be honest, I didn't shop Moths around too much before I decided to go independent with it.

I did have a publisher in the UK, but their verbal agreements were tentative, and after a year or two of waiting, I just decided to see what I could make of it.

My soon to be released novel Cry of the Peacock, actually has been seriously considered by several agents and publishers, but it was my first book and still needed a lot of work at that time. With the success of Moths, I'm fairly confident Peacock will do well. It will certainly appeal to Downton Abbey fans.

But though I'll publish it independently, I am planning on looking for representation to give it the publicity it deserves.

Were you heartened by the critical reaction to "Of Moths and Butterflies"?

I really worried about Moths, as it's written for a specific audience, namely women who've experienced some kind of emotional/physical/sexual trauma in their lives.

It's fairly evident from the reviews which readers got it and which did not. For the most part, I'm very happy. It's done far better than I had expected. And with the growing popularity in Historical Fiction, it's never been a better time for me to have my works out there and available to readers.

I've heard so many people say it's a beautiful work. I wish you luck with it's promotion - more people need to read quality books. That way Indie becomes respected.

I agree with you Wiz. 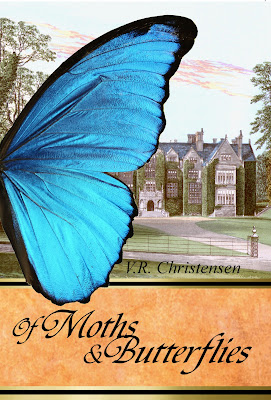 What's your latest project?
I'm just finishing up the last edits on Cry of the Peacock. It's another Historical Fiction work that explores pride and greed, money and inheritance, family secrets and scandals. It isn't as dark as Moths was, and I think it will appeal to a wider audience. 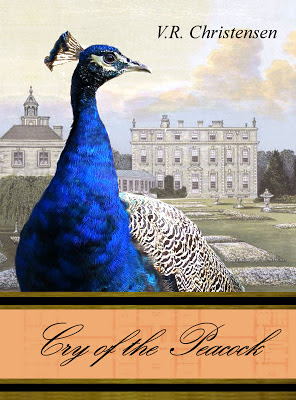 Peacocks:Much lighter and
frothier than Moths

What are the primary influences on your writing? History? People? Environment?


"It's the books and the authors who wrote them who had something to say about life and the times in which they lived, and who effected change, or at least provoked their readers to think. I try not to be too moralistic, but I think there are some valuable lessons that can be learned by comparing history. In many ways our lives are much better. In many ways they are not. What drives us as people, now and then, remains remarkably similar. Our struggles, our sorrows and joys, are very much the same, and I find that really intriguing."

Is there a market for serious fiction in Indielit? Or are we condemned to be strictly amateurs in a shallow marketplace?

I think it's changing. I think there yet remains a bit of a stigma, but nothing like there was five years ago.

Even a year ago, really. Indie books are being turned into movies, they're being snatched up by publishers and agents.

The dust hasn't settled, as far as the publishing revolution goes. What will the future look like, I dare not hazard a guess.

But I think the indie movement is here to stay, in one form or another. I think eventually there will be ways to sort the wheat from the chaff, and it will likely be through sales venues like Amazon, and through the readers who review these books.

But those books don't become bestsellers, they don't rise to the top, and they don't make money.

I think Fifty Shades, Ryan Winfield's book and quite a bit of vampire fiction prove us wrong there, Val-Rae. It sometimes seems as if the more OMG's and irrelevant interconnectives there are in a paragraph, the more money you make.

I hope you are wrong Wiz. Eventually even the most naive writer has to learn to write and how to tell a story. Validation doesn't come from the publisher or the agent who tells us we're worthy. It comes from the readers themselves, and that's how it should be.

Okay - from the sublime to the ridiculous:  You become lost on a field trip in the dinosaur fields of South Dakota. You fall into a cave and you are trapped. However, you have running water and a supply of fish and fruit. You are convinced that help will come but it could be some time. Prepared for the worst, you have taken three books, two CDs and a DVD. What are they?

Our Mutual Friend by Charles Dickens

Wives and Daughters by Elizabeth Gaskell

Hot Fuss by The Killers


True Faith by New Order. I've got mates who saw these
when they were Joy Division.


and for the DVD.

BBC's 1995 adaptation of Pride and Prejudice

A High Quality survival collection if I ever saw one, Val-Rae.

That's very kind of you to say so, Wiz.

What do you do to relax away from work and from writing?

Read, mostly. I like to hang out with my kids, spend time with my animals (seven cats and two dogs), watch a good movie, listen to music.

Yes, seven cats. Like the dwarves, only with four legs and whiskers.

Hi Ho. It's off to eat we go! Okay, for fans of Val-Rae Christensen, what does 2013 hold.
Cry of the Peacock should be released in April. At least that is presently the plan. I'm toying with the idea of doing a pre-release abridged eBook in February, but I'm not sure yet. I will be buying a house, becoming a landlord (not sure how I really feel about that, yet) and doing a good bit of traveling.

Val-Rae, it really has been a pleasure to talk to you this evening and I wish you every success in the future.

Thank you Wiz - its been a fun interview!