Writing Dialogue, by Matt "School of the Ages" Posner

This week, guest fantasy author and teen mentor Matt Posner, a good friend of the Cauldron, takes over the blog to talk about dialogue. For those of you unfamiliar with Matt, here's Ngaire's original interview. Matt, take it away...

The story of How to Write Dialogue, or, How He Came Into the World

Why is the author of School of the Ages books about student magicians in NYC, and of teen advice books, now offering a manual for writers?

Well, fortunately, a recent dialogue I had with my School of the Ages hero contains all of the answers.

"Oh, by the way, Simon," I said, "I've published a book called How to Write Dialogue."

"You mean," he asked, "like people working out their problems by talking?"

"Or making them worse."

"Why do you want to make problems worse?" Simon gave me a dark look that could have been anger or sorrow.

"Dialogue in fiction is for both making problems worse and solving them. You solve problems by talking, don't you?" "When you let me," he said sulkily. "But I wish you'd leave me alone to brood."

I wasn't about to touch that. "Simon, seriously, I should explain how I came to write this book. You see..."

His gaze was anywhere but on me; in fact, I wasn't sure he was seeing anything at all.

"You aren't listening?" I asked.

"I was meditating," he explained.

"Well, I'll talk anyway. Here's what happened. In my early days with Twitter, I tried to build an audience of readers, to get followers who would come to my Twitter feed for content. Instead, everyone who followed me was a writer. As a writer myself, I got tired of seeing book advertisements and nothing else, so I figured they would feel the same way if I advertised to them. Overall, I got kind of frustrated with Twitter. You understand being frustrated, right?"

"Yes." He pouted. "You make sure I'm always frustrated. You keep killing off people I love and giving me magical and supernatural enemies who are stronger than I am."

"That makes a good story," I averred. "Right? And dialogue is an essential element in telling that story. For me, it has always been the most important component of my writing style, the thing that I accomplish almost intuitively, and the engine that drives almost every scene I write."

"And drives me to the edge of my emotional endurance," said Simon. "I wish you'd lay off me. Can't you dump some problems on Corby Crow or Balaram or something?" He paused, licked his lips. "No, never mind. I'd just wind up helping them anyway."
"Dialogue has also helped you to make friends and advance your love affairs, right?"

"Sure it has. And because I have friends, they get in trouble or suffer because of me, and those love affairs have had a way of going wrong, haven't they? I understand that's how things are, how life is tough and so on, but all the same, no thanks."
I knew better than to argue with Simon. It was best to go on with my story.

"So I looked at my Twitter feed, and I thought, if these are the followers I can get, how can I best serve their interest? I meet writers all the time socially too, through Facebook and Goodreads. They aren't the audience for my School of the Ages series about America's greatest magic school in New York City. What can I write that they will enjoy reading? And how can my friendships with writers I truly like and respect be part of the process?" "And how can he shut up and get on with it?" asked

Goldberry, Simon's best friend and study partner, as she walked through the scene looking gorgeous and British.
When Goldberry was gone, I continued. "What I decided to do was to write about my greatest strength as a fiction writer, to share my knowledge of how to do the thing I'm best at:  writing dialogue."

"You might as well be good at something," Simon observed.
"You aren't good at happy endings."

I shrugged. Perhaps I would at least spare Simon from my current plan to have his butt amputated in book five. "Okay, got it. So I decided to write a book about dialogue. How could I get my fellow writers involved? Then it came to me. I could find fellow authors who would be willing to share examples from their own work for me to analyze. This would benefit me because I would have examples in styles different from my own, and also because some of their fans might buy my book. This would benefit them because every book I sold would be publicity for them, enabling them to share fans with each other. Writers aren't naturally forced to be competitive, at least in the sense that people who like to read will read books by many writers, and so sharing of fans is an eminently smart idea."

I saw that Simon was again not listening to me. I knew this because he had left the room. Turning to my laptop, I typed, "Simon returns to the room and sits down."

Simon returned to the room and sat down. "That wasn't nice," he told me. "If you do that again, I'll make sure you have to write a bunch of scenes with Mermelstein and look up a lot of Yiddish and Hebrew expressions."

Simon stared at me, perhaps visualizing me for an attack spell. "Fine."

"Once I had decided to invite a group of friends to participate in my project, I made a list of writer friends I would like to have participate, then began to ask them a few at a time, figuring that out of the thirty or so people I planned to ask, I could surely find at least ten who would agree. Amazingly, no one turned me down!
When I reached ten acceptances, I had my team, a group of writers diverse in their homelands and styles but united by being talented, skilled, warm-hearted, and highly professional. J.A. Beard, light fantasist who had tickled me with an Oz variant featuring a Tibetan Dorothy; Cynthia Echterling, humanistic science fiction author whose novels often make me laugh out loud; Marita A. Hansen, author of harsh realism and dark erotica, who had written Behind the Hood, my favorite book of 2011; Junying Kirk, Chinese-born author of novels about culture clash, whom I had dubbed "the multicultural icon"; Stuart Land, special effects professional and powerful horror author; Mysti Parker, a consummate book promoter whose titillating human-elf romance adventures are smilingly clever; Roquel Rodgers, a writer of pseudo-historical fiction with the intellect of several Dan Browns; a multigenre fantasist from Cyprus, Chrystalla Thoma, talented and gracious beyond words; the award-winning Texan novelist Ey Wade, whose ear for speech is unique and impressive; and Georgina Young-Ellis, bestselling and lively author of consummately-researched time-travel romances.

This was an amazing team, but it still wasn't enough:  I wanted a preface or two to get in a few more wonderful writers. So I reached out to two more friends. One was my business partner, Jess C. Scott, professional nonconformist and prolific author in genres from erotica to thriller to nonfiction, who agreed both to write a preface and to contribute dialogue from two of her books. 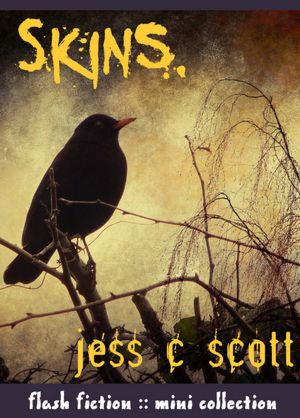 The other was a thriller writer at the top of his game, the endlessly courteous and witty Tim Ellis.”

“Oh, good,” Simon said. “Can any of them bring my loved ones back from the dead?”

“Maybe Tim Ellis could, if he was in the right mood. I’ll check with him.”

“You’re funny. But remember…” Simon took on one of his scary intense looks. “I fully understand that as my author, YOU can bring my loved ones back from the dead.”

“Okay,” I said. “Then I will. One dead character will have several scenes in the next book.”

Simon nodded, but then shook his head as his eyes narrowed. “Do I have to die first for that to happen, like Harry Potter had to die to see Dumbledore?”

“Uh… no. But, Simon, I hope you notice that you are using dialogue to interact with me and try to solve problems.” I tried to give him a friendly pat on the shoulder, but he flinched.

Simon can stay a grouch, but if you are a writer who wants to get new ideas for making your dialogue great, here’s where to check:

How to Write Dialogue book trailer:   http://tinyurl.com/lz5e8vj
Thanks! 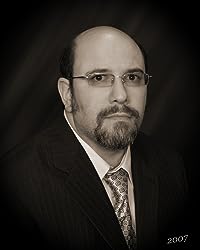 Wizardwatchers: Vote For great friend of the Cauldron, Mary Ann Bernal's"Concordia" on Facebook. 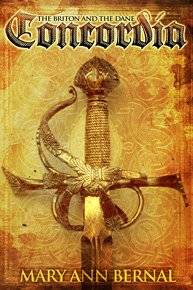 Email ThisBlogThis!Share to TwitterShare to FacebookShare to Pinterest
Labels: Green Wizard, How To Write Dialogue, Matt Posner, The School Of The Ages; Writing Dialogue